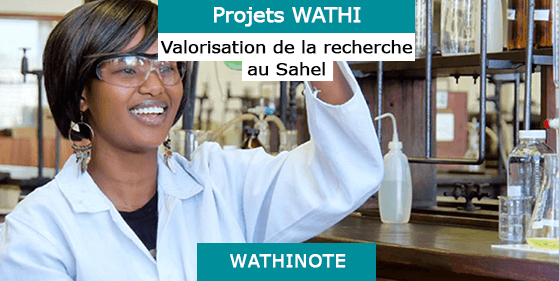 Knowledge production for the Africa we want

“Sub-Saharan Africa accounts for 13.5% of the global population but less than 1% of global research output”, this is according to a 2018 research article co-authored by eight Vice Chancellors of African universities. The state of knowledge production in sub Saharan Africa is sobering to say the least, and even more so in light of the bold ambitions the continent has for the future, ambitions such as Agenda 2063.

Achieving such aspirations requires the deployment of well informed and skilfully managed strategies, in complex and dynamic socio-economic and geopolitical contexts that interact with a myriad of other ecosystems. The importance of research to support efforts to transform the continent cannot be overstated. Yet, in 2008, the number of papers that were published from the entire sub Saharan Africa region matched that contributed by The Netherlands alone.

At the recently concluded African Peace and Security Annual Conference (APSACO) hosted by the Policy Center for the New South, I was tasked with sharing some reflections on the topic: Africa and the Production of Strategic and Normative Knowledge. The theme for this year’s convening was Africa’s Place and Influence in a Changing World. The recognition that strategic and normative knowledge production is crucial for propelling Africa forward was implied in the link made between the conference’s theme and topic. But what do we do when institutionalized/ formalized knowledge production, the structure that is supposed to be the backbone of our knowledge value chain is frail? What do we do when reality suggests that Africa is grossly under-producing knowledge relative to the rest of the world, and in relation to its own aspirations?

Knowledge that reflects who we are

Our common values, our diversity, the things that bind us together beyond physical likeness and geographical proximity these are just some of our distinctive offerings to the world. Our way of being, our identity needs to be reflected in our knowledge production systems if we are going to offer the world something unique. The conversations on indigenous knowledge systems and the decolonization of the education system could not have been resuscitated at a more apt time as we mobilize communities around visions like Agenda 2063.  The ideals perpetuated in knowledge production processes must reflect what we prize and hold dear, what we defend and honour, what is inherent in us. It is the work of knowledge production, also, to unearth and articulate what this means for us as Africans and to ensure that our knowledge systems are esteemed among others.

Knowledge that acknowledges where we are

Why, in an age where the suitcase has been perfected into a four wheel drive, do women still carry buckets of water over their heads? Why aren’t roller wheel buckets available everywhere in Africa? In the same vain, why are millions of Africans in both rural and urban areas, subsistence and commercial farming, still bending over to till the land with a hoe? In all the technological advancements made in the agricultural sector, why has none replaced the need for women to bend over for hours with children on their backs?

My examples and comparisons may be overly simplistic but my point is, if we are not careful to acknowledge the realities in which our populations live, we may very well come up with globally acclaimed advancements that catapult certain sectors of our economies and societies into global repute, but continue to leave hundreds of millions of people behind. In the advent of efforts to leverage the fourth industrial revolution, let’s pay attention to what our populations need.

This isn’t a challenge to pit one form of innovation against another. This is a challenge to reconfigure the incentives in our knowledge production systems so that while we produce ground-breaking, globally acclaimed advancements; we also produce, with equal appreciation, knowledge that responds to the realities of, and betters the lives of the majority, not just the already privileged few.

Our way of being, our identity needs to be reflected in our knowledge production systems if we are going to offer the world something unique

Knowledge that empowers us to get to the future we desire

It’s an open secret that academics / researchers write for other academics or other such experts. The languages we use, the complexity thereof, the formats in which our work is presented, the privilege one needs to access some of our work much about our current knowledge systems serves to reinforce the proverbial ivory tower, separating the academic from the ordinary man. The entire knowledge value chain is fraught with broken links that even the intended recipients of the research output are sometimes unaware of the existence of such research.

What would happen if, for instance, we coupled the complex, voluminous and time consuming recommendations to governments about how to improve the entrepreneurship landscape with simple and practical recommendations to market women on what they can do to increase their income so that instead of sending one child to school they can send two? What if car mechanics across the span of the continent could collaborate with engineering schools to design low emission, African cars? The informal economy constitutes a significant size of the economy in virtually every African country, yet our research output hardly speaks directly to those who bear up these economies. If we produce and distribute knowledge in a manner that activates the participation of ordinary African citizens, we can galvanize communities to unprecedented demonstrations of citizenry.

To conclude, the job of creating the Africa we want is not the job of governments and research institutions only. The goals we aspire to as communities, nations or as a continent require the participation of all Africans

To conclude, the job of creating the Africa we want is not the job of governments and research institutions only. The goals we aspire to as communities, nations or as a continent require the participation of all Africans, contrary to the myth that there are only a few key actors the constituencies to whom the recommendations are frequently addressed in research outputs. To that end, I propose that strategic and normative knowledge, knowledge that can leapfrog Africa, is knowledge that affirms our identity, knowledge that acknowledges the realities of African living, knowledge that meets and empowers ordinary African citizens at their station in life, and knowledge that generates more knowledge.

The Wathinotes are either original abstracts of publications selected by WATHI, modified original summaries or publication quotes selected for their relevance for the theme of the Debate. When publications and abstracts are only available either in French or in English, the translation is done by WATHI. All the Wathinotes link to the original and integral publications that are not hosted on the WATHI website. WATHI participates to the promotion of these documents that have been written by university professors and exper