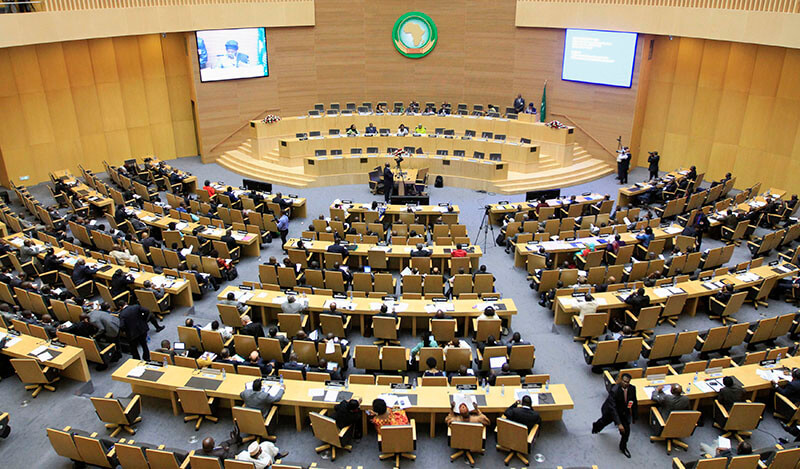 The Imperative to Strengthen our Union, the Kagame Report

English
Why have we chosen this document?

“We have a dysfunctional organization, whose value for our member states is limited, which has little credibility with our international partners, and in which our citizens do not trust” Paul Kagame (http://lemde.fr/2oGV5nP). This observation by the Rwandan president is a severe diagnosis of the functioning of the African Union (AU). WATHI chose this report because it clearly outlines the main weaknesses of the continental organization and presents deep reform proposals. For years, the AU has been criticizing its modus operandi, in particular its bureaucratic burdens, and its heavy financial dependence on international donors such as the European Union, the United States, China and the World Bank. The problem of implementing the decisions of the continental organization remains a major challenge. It is imperative to overcome these obstacles to enhance the effectiveness and role of the African Union.

WATHI chose this document because it reveals the institutional flaws of the AU characterized by chronic failure in the implementation of decisions, excessive reliance on partner funding, limited management capacity, inefficient Organizations and institutions due to poorly defined mandates or chronic under-funding, an unclear division of labor between the African Union Commission, RECs, other regional mechanisms (RMs) and Ineffective working methods in the Commission and the Assembly.

What lessons for the countries of the WATHI zone?

The recommendations of this report concern all citizens of the AU member countries and all regional economic communities, such as ECOWAS. The need for restructuring of African organizations is clear in the sense of rationalization in the definition of missions and in the use of limited human and financial resources. Among the recommendations of the Kagame report, three (3) lines of action should be given special attention for regional organizations in West Africa.

The recommendations made in President Kagame’s report can be extended to regional organizations in West Africa. Funding for organizations remains a strategic issue. In 2015, Nigeria drew attention to the institution’s cash-flow problems and the irregularity of state contributions (http://bit.ly/2qmvGSU). The deferred contributions of the member countries constitute a check on the functioning of the regional institutions.

The community intended to generate resources to finance the activities of the Economic Community of West African States (ECOWAS) must be incentivized so that Member States can meet their financial obligations.

As unprecedented challenges multiply and spread across the globe at a dizzying pace, new vulnerabilities are increasingly laid bare, in rich and poor nations alike.

Every country must adapt, but the distinctive feature of recent developments is that even the wealthiest and most technologically advanced nations cannot hope to deal with the changes alone.

The cost of inaction will be borne by our citizens, and measured in shortened lives and frustrated ambitions.

Without an African Union that delivers, the continent cannot progress, and we face the likelihood of yet another decade of lost opportunity.

But proof that we can do it is right in front of us. For example, ECOWAS and the East African Community have already made freedom of movement a reality within their regions. Therefore, there is no technical obstacle to extending this principle more widely, as we have agreed to do.

Honesty requires us to acknowledge that the root problem is not primarily technical, but rather the result of a deeper deficiency.

In this context, in July 2016, as an outcome of the successful adoption of the Kigali Decision on Financing the African Union, the 27th Ordinary Session of the Assembly of Heads of State determined that there was an urgent need to accelerate the ongoing reform of the African Union, and decided to entrust the task of preparing a report on the proposed way forward to President Paul Kagame of Rwanda.

Out of this review emerged a number of key findings, which shaped the proposed recommendations.

Honesty requires us to acknowledge that the root problem is not primarily technical, but rather the result of a deeper deficiency.

Reform does not start with the Commission. It starts and ends with the leaders, who must set the right expectations and tempo. The effectiveness of the African Union, after all, is our business and responsibility.

As a result, we have a dysfunctional organisation in which member states see limited value, global partners find little credibility, and our citizens have no trust.

As a result, we have a dysfunctional organisation in which member states see limited value, global partners find little credibility, and our citizens have no trust.

Strengthening the African Union will require us to do the following four things:

FOCUS the African Union on key priorities with continental scope

The African Union should focus on a fewer number of priority areas, which are by nature continental in scope, such as political affairs, peace and security, economic integration, and Africa’s global representation and voice.

Accordingly, there should be a clear division of labour between the African Union, regional economic communities (RECs), regional mechanisms (RMs), member states, and other continental institutions, in line with the principle of subsidiarity.

An audit of bureaucratic bottlenecks and inefficiencies that impede service delivery should be conducted, and acted upon, without delay

In alignment with the agreed priority areas, other African Union organs and institutions, such as the following, should also be reviewed and updated:

NEPAD should be fully integrated into the Commission, possibly as African Union’s development agency, aligned with the agreed priority areas and underpinned by an enhanced results-monitoring framework.

The African Peer Review Mechanism (APRM) could be strengthened to track implementation and oversee monitoring and evaluation in key governance areas of the continent.

The Permanent Representatives Committee (PRC) rules and procedures should be in line with the mandate provided in the Constitutive Act. The PRC should facilitate communication between the African Union and national capitals, and act as an advisory body to the Executive Council, rather than a supervisory body of the Commission.

The specialised technical agencies (STAs) should be reviewed and streamlined. Only those that fall within the recommended priority areas should be maintained.

Establish women and youth quotas across African Union institutions, as well as for private sector representatives, where appropriate

Making the African passport available to all eligible citizens as quickly as possible, in line with the Assembly decision

Reform the working methods of the Summit

Partnership Summits convened by external parties should be reviewed with a view to providing an effective framework for African Union partnerships. Rather than all countries, Africa could be represented by:

In fulfilling its mandate, the AUC is faced with a number of management challenges, many of which have been identified in previous assessments but remain unaddressed. These include poor leadership accountability, inadequate supervision and coordination, weak staff recruitment and performance management systems, and an inadequate selection process for top Commission leadership.

FINANCE the African Union ourselves and sustainably

The African Union’s programmes are 97 per cent funded by donors. By December 2016, only 25 out of 54 member states had paid their assessment for the financial year 2016 in full. Fourteen member states paid more than half their contribution and 15 have not made any payment.

The African Union’s programmes are 97 per cent funded by donors. By December 2016, only 25 out of 54 member states had paid their assessment for the financial year 2016 in full.

This level of dependence on external partner funds raises a fundamental question: How can member states own the African Union if they do not set its agenda?

IMPLEMENT for results and Impact

Fire inefficient staff from their managers to staff and be serious about. Donors love inefficient institutions so they can keep the old game of corruption going with corrupt Africans of course.