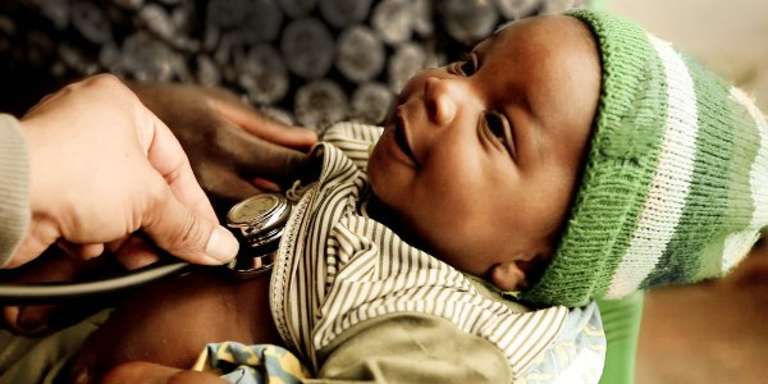 “No country has made significant progress towards universal health coverage (UHC) without increasing the extent to which its health system relies on public revenue sources”. World Health Organisation (WHO) 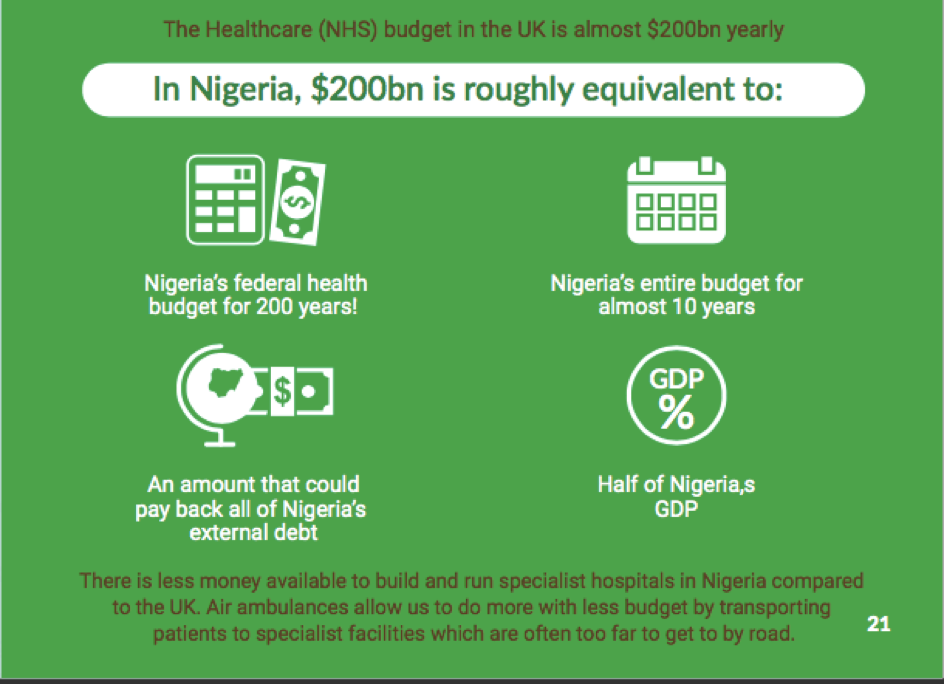 To deliver healthcare that approaches the standard available in the developed world, African governments will not only have to find more source of finance but also tackle the following challenges: Low tax revenue base, High levels of debt- large proportions of the budget allocated to debt financing; tiny to non-existent profit margins, limited accountability and transparency.

Solutions : How to finance healthcare in Nigeria

Let us consider how to go about settling the case of finance. Earlier on, I said that the major problems in healthcare are economic, not clinical. Similarly, the solutions are not economic. The World Bank paper titled, Health Financing Revisited suggests: additional revenues can be raised by collecting new taxes or by strengthening tax administration. Lower-priority expenditures can be cut to make room for more desirable ones.

Resources can be borrowed, from either domestic or external sources, or released through debt relief. Governments may benefit from the fiscal space arising from the receipt of grants from outside sources. Finally, governments can use their power of seigniorage (having the central bank print money to lend to the government).

This is good but I don’t agree with all of the methods suggested, especially the sug- gestion of seigniorage; that would worsen our already damaging levels of inflation. Also, more borrowing would not be ideal as even at current levels, our debt to revenue ratio is among the highest in the world. The debt to revenue ratio describes the percentage of a country’s income that goes toward paying debts.

Resources can be borrowed, from either domestic or external sources, or released through debt relief

It is like saying that Dangote owes more money than me and you. Say you owe your best friend the sum of five hundred thousand while Dangote owes billions of dollars. You could argue that you are better off than Dangote, as he owes billions of dollars. Sure he does. But if you are unemployed and living with your mum with no source of revenue, his ability to pay back is probably higher as he generates more money.

Also, the issue of taxation is interesting. Especially in a country like Nigeria, which remains Africa’s largest mobile market, with about 162 million subscribers. If each subscriber was subjected to a yearly levy of N1000-N2000, deducted directly as they buy airtime on their mobile phones, we could raise an additional $1bn to fund healthcare. There are also various other levy-driven schemes that could be implemented to raise additional funds.

Micro-insurance companies offer community-based arrangements offering low-cost health insurance can provide financial protection for poor households. Currently, more Nigerian’s pay for healthcare out of pocket than many other countries. However, the low level of benefit and a low share of premiums limit these schemes’ ability to extend coverage, offer financial protection, and retain members. A study by Marketwatch in India, shows that even though hospital utilization was increased, retaining clients on these schemes is difficult.

A similar study published by the Journal of Health, Population and Nutrition shows that micro-insurance for health as currently offered in Bangladesh, increased access to, and use of, basic health services among excluded populations but did not reduce the likelihood that essential health-related costs would be a catastrophic expense for a marginalized household.

Currently, more Nigerian’s pay for healthcare out of pocket than many other countries

Donor funding can also help. But to effectively increase recurrent health expenditures, donor funding must be predictable, not erratic. It must also be offered over extended periods; like for 20–30 years in some countries. Without long-term commitments from donors, many African countries will not be able to handle the recurrent fiscal contingencies generated by this type of funding.

We must accept that funding healthcare initiatives will always be difficult in Africa, due to the various challenges discussed in this article. We have looked at different potential approaches in this article, from micro-insurance to taxation to donor fund- ing and even printing money directly from the central bank. While there is no approach that will please everyone, what is clear is that to achieve universal health- care for all in Africa; we will have to do more with less. This requires a unique approach to healthcare financing combined with frugal innovation.

Source photo : Save the Children

Dr Ola Brown is a medical doctor, a trainee helicopter pilot and an entrepreneur who founded West Africa’s first indigenous air ambulance service, the Flying Doctors Nigeria which saves hundreds of lives across the region every year especially in the oil and gas industry, rendering medical evacuation services.  She is extremely passionate about healthcare in Africa and works with various foundations, charities and governments to improve standards of healthcare.