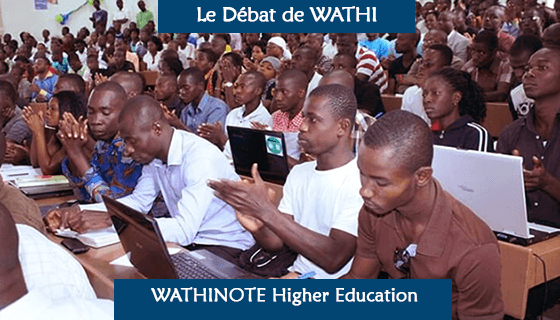 There are three types of universities and together they offer a full range of courses leading to internationally recognised qualifications. All public universities conduct research, which supports teaching and is frequently aimed at tackling the challenges that face South Africa and the developing world. There is world-class research generated in many fields, concentrated in the country’s top research universities.

Public funding of higher education has increased in recent years and universities have received a major funding boost from government to refurbish buildings, construct new facilities, upgrade equipment and libraries, improve outputs and produce more science, engineering and technology graduates. South Africa’s apartheid legacy was a higher education sector that was racially divided, of uneven quality, and beset by duplications and inefficiencies.

Universities had to open their doors to students of all races, transform curricula to become more locally relevant but also geared to a knowledge-driven world, train growing numbers of different types of graduates essential to economic growth and development, and produce scholars able to tackle South Africa’s problems through research responsive to all of society’s needs.

Currently, the system has:

• Six universities of technology: vocationally oriented institutions that award higher certificates, diplomas and degrees in technology; and have some postgraduate and research capacity.

• Six comprehensive universities: offering both Bachelor and technology qualifications, and focusing on teaching but also conducting research and postgraduate study.

The new higher education landscape concentrates almost half of enrolments in the six ‘comprehensive’ or ‘new generation’ universities, which together enroll more than 300,000 students.

The distance University of South Africa has the largest number of students – over a quarter of a million – while Rhodes University in Grahamstown has the smallest number, with just over 6,000 students. Mergers of two or more institutions created some very big multi-campus universities.

A specific goal of the National Plan for Higher Education (2001) was to increase participation in higher education to 20% for the 18- 24 age cohort. Expanding student numbers and improving access to higher education for disadvantaged black people were seen as key to overcoming apartheid inequalities, creating a stable society, and producing the high level skills needed to drive economic growth. Universities were required to enrol many more students of all race groups and build a student body that more accurately reflected South Africa’s demographic make-up.
The expansion and transformation of the South African student population has been nothing less than astounding.

Since its formation in 1999, the government-funded National Student Financial Aid Scheme (NSFAS) has played a critical role in enabling financially disadvantaged students to access higher education. Study bursaries and loans worth R2.5 billion were awarded to disadvantaged students in 2009, which is estimated to benefit over 140,000 students, and the numbers are growing annually. Student loans are recovered through the tax system once graduates are employed. In 2008, NSFAS reclaimed about a quarter (R616 million) back from graduates who had found employment and were re-paying their loans.

Still, higher education has a disturbing 45% drop-out rate among students, undermining the access gains of universities. Financial difficulties among the country’s large pool of poor black students are largely to blame. ‘First generation’ students from lowincome, less educated families are the most likely to drop out, according to a Student Pathways study by the Human Sciences Research Council (HSRC). Loans and bursaries do not cover the full costs of study, leaving students struggling to cover living and other costs. This is especially true of those students on the NSFAS loan scheme where approximately 35% of those students do not complete their studies.
Success rates in universities have been improving, according to the Department of Education, and are currently 74% for African, 76% for coloured, 81% for Indian and 85% for white undergraduates.

But only around 15% of students graduate each year, far fewer than the government’s benchmark of 25%. The number of graduates produced annually by South African universities has been steadily growing, from 74,000 in 1994 to more than 127,000 in 2007. There have been successful efforts to produce more of the kind of graduates the economy needs, especially in the fields of science, engineering and technology; which now enrol more than a quarter of all students. This amounts to 36,637 (29%) graduates in Science, Engineering and Technology; 31,104 (25%) in Business and Management; 28,332 (22%) in Education and 30,814 (24%) in Humanities and Social Sciences in the same year.

South Africa’s research base is strong, diverse and the largest in Africa. It produces 80% of basic research conducted in Southern Africa. Thousands of scholars conduct research that is helping to strengthen the economy and drive development solve the country’s many challenges or advance knowledge generally. Several South African universities produce world-class research, and feature in the top 1% of the world’s institutions (captured in the United States’ Essential Science Indicators database).

South Africa spends 0.9% of Gross Domestic Product (GDP) on research and development and is on target to increase this proportion to 1% during 2009/2010, which will place the country at a level with Brazil in terms of research spending. The Department of Science and Technology’s (DST’s) budget allocation for 2008-2009 was R3.7 billion, and it has set aside R195 million to strengthen scientific capacity at higher education institutions. The Minister of Science and Technology has recently announced that a further R53 million would be set aside for additional Research Chairs in the 2010/2011 period.

Universities conduct around 20% each of all research; the government sector (including the science councils) conducts about 22.8%; while the business sector undertakes 55.9%, a proportion that the DST says compares favourably to levels in European Union countries.

In its 10 year plan for Science and Technology, the DST calculated that to build a knowledge-based economy positioned between developed and developing countries, South Africa would need to increase its PhD production rate by a factor of about five over the next 10 to 20 years. Presently South Africa produces 1,200 PhDs a year in comparison to countries like Germany (20,000 per annum) and China (35,000).

There are major efforts underway to reverse the decline in research output through, among other things, scholarships for postgraduate students and greater funding for research. In 2005, South Africa launched its first six research Centres of Excellence, which pull together existing resources to enable researchers to collaborate across disciplines and institutions on long-term projects that are locally relevant and internationally competitive. Another centre has subsequently been established.

For many years university funding declined in terms of the proportion of total state finance committed to higher education – from 4% in 1999 to 2.5% in 2007 – forcing universities to raise tuition fees steeply. At the same time, student numbers grew while staff numbers remained static.

Universities have three primary sources of funding: government, student fees, and donations and entrepreneurial activities. In terms of state allocations, funding is linked to national policy goals and to the performance of universities. Direct funding allocations to universities are based on research graduates and publication outputs, teaching outputs weighted by qualification level, student numbers weighted by study fields and course levels and ad hoc or infrastructural funding for institutions that have high numbers of poor students or are small institutions.

Since 2007, education (all levels) comprise on average 5,5% of GDP and amount to approximately 19,5% of total government funding. For the 2009/10 period government has set aside R15.2 billion for direct transfer to the universities and R2.1 billion for the National Student Financial Aid Scheme.

Universities are autonomous institutions in South Africa, but the higher education system is under increasing pressure to ensure that the sector produces the skills the economy needs and is efficient, affordable and accountable. Over the past year, and in each of these areas, both the former and new Minister have called universities to book, and with the establishment of the new higher education department it is likely that the sector will come under increased scrutiny.

Universities submit institutional plans to the Department of Education, which determines the appropriate program mix for every institution based on its current profile, relevance to regional and national priorities, its capacity to take on new programmes, and the need to avoid duplication between institutions.

A quality assurance system was introduced in South Africa in 2004. Quality assurance is the responsibility of the statutory advisory body, the CHE. Its Higher Education Quality Committee (HEQC) conducts audits of universities – there have been 28 audits of public and private institutions so far – based on self-evaluation by institutions of their performance against a range of criteria, and external peer assessment.

The HEQC also accredits courses and does national reviews, quality promotion and capacity development. A new higher education qualifications framework has come into effect this year and is aimed at strengthening the quality assurance system and laying the foundation for credit accumulation and transfer, which was hindered by separate qualifications structures for universities and universities of technology.

The policy also defines how higher education qualifications fit into the National Qualifications Framework (NQF), which covers all levels of education and registers all qualifications. The framework sets minimum admissions requirements for all programmes, but leaves it up to universities to set their own admissions policies beyond those minimums. It allows recognition of prior learning and work integrated learning.

Qualifications are structured in credits. For instance, there are 120 credits for the first year of a Bachelor degree, with each credit representing 10 notional study hours. Credits can straddle different levels of the NQF – levels five to seven cover undergraduate, and eight to 10 postgraduate qualifications depending on what is appropriate for the qualification. From 2009 all new higher education programmes must comply with the framework, be registered on it and accredited by the Department of Education. There will be a transitional period for existing programmes to be restructured to achieve full compliance.