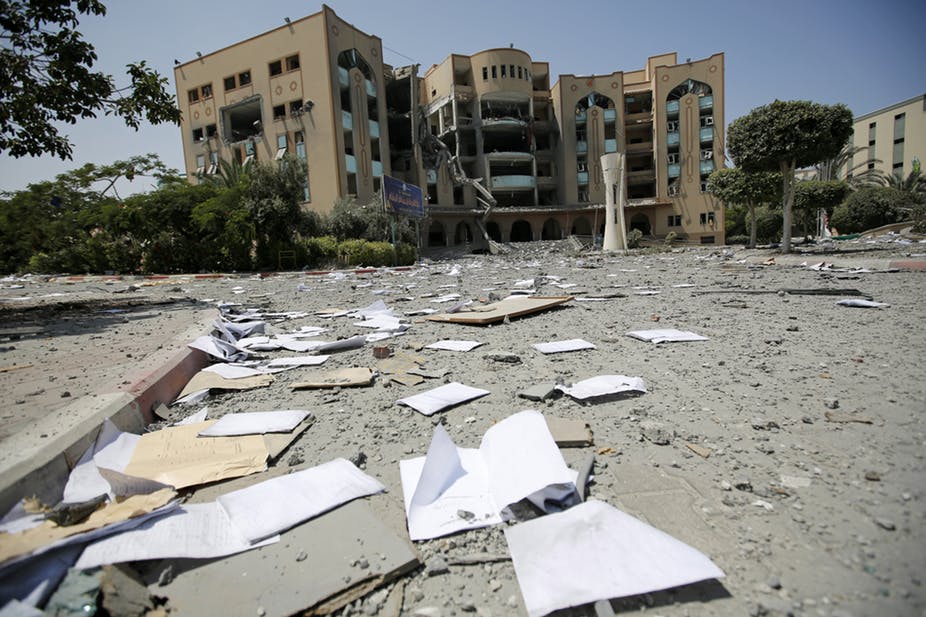 How to rebuild higher education in countries torn apart by war

Universities are almost always among the casualties when a country goes to war. Ultimately, they become hotbeds of repression. As conflict deepens, academic freedom is threatened or curtailed. Teachers, researchers and students flee, prompting a brain drain their countries can ill afford. Buildings are bombed. Sometimes entire campuses are destroyed.

University teaching in Libya has practically groartheir campuses entirely. Students from the country’s International Medical University have moved to Egypt’s Suez Canal University to continue their degrees while waiting for peace to return to Libya. But as many other African countries – among them Liberia, Sierra Leone and South Sudan – can attest, the end of a war brings new battles.

After a long conflict, universities simply cannot produce the human capital that is needed to begin repairing a country. Post-conflict planning rarely talks about rebuilding higher education systems and institutions. It is simply not a priority. It should be. Quality higher education is crucial for recovery, peace building, economic development and stronger governance in post-conflict societies.

A pattern of neglect

In a report about post-conflict education, the World Bank warns against prioritising basic education at the expense of higher education. It says this skewed focus creates deeply rooted imbalances and:

… directly affects economic and social development in the longer term.

After a long conflict, universities simply cannot produce the human capital that is needed to begin repairing a country. Post-conflict planning rarely talks about rebuilding higher education systems and institutions. It is simply not a priority

This is not to say higher education in post-conflict settings is entirely neglected. Universities in the developed world, international and nongovernmental organisations do get involved – but most of their initiatives are isolated, happen only on a small scale and take a very short-term approach. There is no coordination or collaboration, a situation that often stems from “turf wars” and heated competition over funding.

Nations emerging from violent conflict need immediate, substantial and long-term support to repair and reform their higher education systems and institutions. This will allow them to produce the graduates needed for rebuilding: critical thinkers, administrators, civil servants, technicians, scientists, doctors and teachers.

Universities in the developed world seem to be recognising that they can help. The 2015 York Accord sets out important recommendations for protecting and rebuilding higher education systems and institutions after armed conflict. Higher education institutions from Europe, the US and Africa’s academic powerhouses like South Africa can help universities that are rebuilding after conflict in several ways. These include:

Universities cannot do this alone, and donor funding will be hugely important.

Organisations and academic institutions that want to work with universities in post-conflict countries must be culturally sensitive. They cannot simply impose their own ideas, values and ideologies onto these spaces. Instead, they need to fully understand a country’s systems, problems, needs and challenges. They must work closely with local actors to design, develop and deliver country-specific projects informed by local needs and challenges.

Wherever possible, they should involve local academics and experts in their programmes. This has the added benefit of training for locals, who can then share this knowledge with other academics, students and experts. Curricula also need to be changed. Alongside mainstream academic disciplines such as economics, engineering and science, universities must also promote conflict management and peace studies. These disciplines can develop individuals and institutions that are capable of changing divisive discourses and contributing to conflict prevention and stabilisation.

None of this implies that the rest of the education sector must be neglected in favour of rebuilding universities. Primary and secondary education are crucial to any society’s well-being. On their own, though, they are not enough to sustain a country’s development and progress in the wake of war. That is the job of universities and their graduates.

Savo Heleta is a Manager, Internationalisation at Home and Research, Nelson Mandela University.