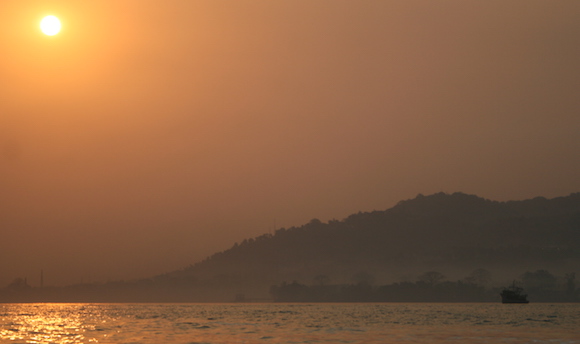 Revaluing the role of spirit in healing in Africa

There are times when things happen in such an ordered way that it’s nothing short of miraculous. I get excited when I feel such synchronicity. I continue to learn about the way humanity, particularly Africans, are able to survive and deal with the suffering they experience after being affected by violent atrocities. I’ve been engaging with this subject for over 15 years.

I have learned that people’s spiritual beliefs have a central role in their explanations of their healing. This is a belief that there is something greater, that things happen for a reason, and that suffering can be a phase and a learning opportunity. This is something very distant from dominant Western thought about what is and is not scientific. If we take time to look a little deeper, we can see that not only is this effective, but it has its place in science.

The synchronized experience is that while reading on this same topic, I came across a great book by Felwine Sarr called Afrotopia. It’s filled with so much gold, but the nugget that shone the most, that resonated deeply with my preoccupation of healing of suffering, was a point that was made that one of the great values and cultural heritage of Africa is the spirituality of her people. If we don’t internalize this fact, value it, protect it, I believe it will be a deeply regrettable mistake on multiple levels.

I remember November 2002 when the plane touched down in Freetown. Coming timidly down the stairs onto the tarmac, I took my first deep inhalation of that air. That tropical scent that was so familiar to me but so distant. It was just a few months after the official end of the war, and it had been about 11 years since I last visited Sierra Leone, basically the period during the war.

In short, the majority of the world uses healing traditions that integrate body, mind and spirit. Yet, somehow, we have allowed ourselves as Africans, and whole health systems of our nations to follow Western medical traditions that, while definitely valuable, should be selectively applied.

As I spent time during that visit, going around the country, talking to strangers, talking to family, speaking with colleagues, I was deeply struck by how normal people seemed. Of course people were pained when they spoke about the war, and of course there were many tears. But there were jokes and laughter, stories of births, of love, and of marriages…somehow life went on. Since then I’ve been preoccupied with this question of how people were able to carry on with their lives, to move forward.

As I traveled in different conflict and post-conflict contexts around the continent, I found the same phenomena of survival and transcendence of a devastating context. People were finding ways to heal from the atrocities they had experienced or witnessed, from the suffering they had experienced.

I frequently stumbled upon the rapidly multiplying viral fashion of ‘trauma-healing’ projects. These were predominantly based on Western psychological and medical concepts of what constitutes mental suffering and how to address it. Even where they tried to use more community-focused approaches, these projects were clearly not the source of people’s ability to manage the emotional, physical and psychological upheaval they went through.

What people were referring to for their survival and wellbeing was in short their spirituality. What the dominant culture won’t let us believe is that this has a deep value that goes beyond personal opinions and cultural dispositions. This value is found in the healing traditions of the people of Africa, East Asia, South Asia, Latin and South America, and with aboriginal populations in the United States such as the Native Americans and Hawaiians.

We need to know that what science sold to us as the ‘Truth’, as ‘Fact’, is highly debated even in the scientific milieus that sell them to us.

In short, the majority of the world uses healing sciences that value spirit. They use healing traditions that integrate body, mind and spirit. Yet, somehow, we have allowed ourselves as Africans, and whole health systems of our nations to follow Western medical traditions that, while definitely valuable, should be selectively applied.

This is even more pertinent in the field of psychological wellbeing. These psychological traditions are subject to huge debate even in the Western nations from which they originate but the debates are erased when these traditions are exported to Africa. By which logic can we justify condemning whole cultures and populations’ knowledge systems as inferior? There is none.

The root of the undervaluing of African traditions is very deep, and one I won’t attempt to address in this limited space. What we have to realize though, is that it is not everything that is proposed to us that we need to accept. Somehow we are just not internalizing this. We have to realize that what is being sold to us as science is opinion, and a highly political and economic opinion at that. We need to know that what science sold to us as the ‘Truth’, as ‘Fact’, is highly debated even in the scientific milieus that sell them to us.

We have to understand that even in science there are fields such as quantum physics that explain that the distinctions made between space and time or the durability of matter, are all things that are fluid. In this branch of science there is a place for the communicating with ancestors, with spirit, mind controlling matter…a place for psychic abilities.

We have excellent researchers. Without rejecting the value of others, let’s turn our attentions inwards.

In this science, what mainstream likes to consider as ‘Para-normal’ are actually very normal and as explainable as anything else. In this science, they have gone round in circles to understand that many concepts on the makeup of life found in indigenous cultures around the world might well be closer to ‘reality’ that mainstream science wants to accept.

The Indian Ayurvedic healing system has known this for thousands of years. Indeed they also had periods where their tradition was buried. But now they invest in this system, and now, as Western biomedicine that is not holistic, faces challenges, Ayurveda is spreading as a valued health system. It is the same for Chinese medicine, Japanese energetic healing… We have similar healing systems in Africa.

Let’s not continue to make the mistake of losing what not only has great value, but potential to even grow. I’m not talking about negative traditions we do not need to keep, but about what is good. These are the strengths we need to give value and hold on to. We have excellent researchers. Without rejecting the value of others, let’s turn our attentions inwards.

I believe firmly that it is here that the soul of creativity and potential flourishes for us and we have to take advantage of it. It is in understanding and building on these riches we have that we will help our people and continent to bloom. It’s never too late. So let’s start now. I remain eternally hopeful.

Mariama Conteh is a conflict resolution and mediation professional, with 15 years experience working both in West Africa and internationally. She has worked for organizations such as Conciliation Resources, Crisis Management Initiative (CMI) and Catholic Relief Services (CRS). Mariama holds a Masters degree in Development Studies from the School of Oriental and African Studies in London. She is currently studying for a doctorate examining alternatives to trauma healing at the Department of Health Sciences at the University of York in the United Kingdom. She is a member of WATHI.