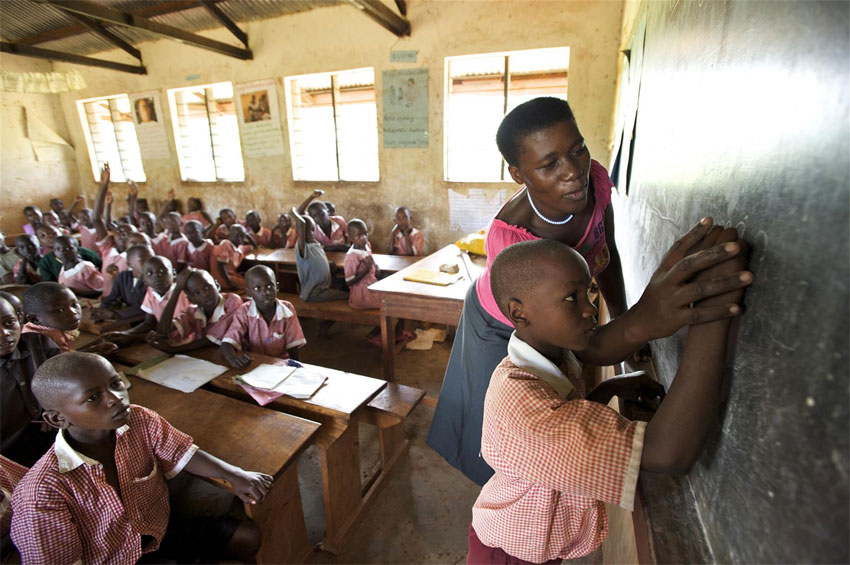 The development of a country is anchored on its resources, both natural and human resources. The human resource factor is however critical, especially in determining the use and benefits of a country’s natural resources. The power of the human resource factor is influenced by the educational system. In West Africa and in many other parts of Africa, educational systems have been severally criticized for creating a knowledge gap between skills on the one hand and industry on the other.

Our educational systems are failing to develop the core skills necessary to benefit from the emerging global knowledge-based economy. This is because the system has not significantly evolved for far too long. A pragmatic reform of basic education (primary and secondary) will be much more necessary for the development of Africa.

First, the definition of the concept of basic education should be expanded to include secondary education. Secondly and most importantly, the number of subjects taught should be reduced to four (4) with content that injects 21st century skills into students.

Globalization, increasing interconnectedness of populations and rapid technological change are posing new threats and challenges to both individuals and societies at large. Educational systems should be rethought to provide the necessary skills for people to succeed. The world has moved, has continued to move and will forever move. Methods of doing things will keep changing. Current educational systems need to inject 21st century skills into our school pupils.

There is no death of current definitions of 21st century skills and knowledge. I will share at least two (2) common definitions and pull out the major issues for consideration.

First is that of Tony Wagner (2008), co-director of the Harvard change leadership group. In his book “The Global Achievement Gap” Wagner proposes seven (7) survival skills to be prepared for 21st century life, work and citizenship. These are:

In a knowledge base economy as we now have today, students’ ability to know the exact information required in solving a problem and how to access the information is of paramount importance.

These two definitions have much more in common than not. One can therefore imagine a design of what a 21st century skills education should be. Also, these definitions point to subject contents that are cross-disciplinary and relevant to many aspects of life in a complex world.

There is the need to completely shift away from remote learning and memorization to active learning that invokes high-order thinking. Cramming and regurgitating content leads to low-order thinking developed through low-order exercises. In a knowledge base economy as we now have today, students’ ability to know the exact information required in solving a problem and how to access the information is of paramount importance. For instance, with Google, online encyclopedias and other softwares, a student should be able to produce a definition for a concept like “diffusion” without necessarily having to memorize it. The ability of a student to apply or transfer his understanding of the definition to a new, uncharted context (high order thinking) is of utmost importance.

More so, there are compelling economic and civic reasons for educational systems to inject 21st century skills into students. The economic rationale is that ICTs (machines, computers, softwares, phones, etc.) can cost-effectively do the sort of jobs that people with routine and memorized knowledge can do. This means, current workplaces need fewer basic-skilled people and more high-order-skilled people.

On this backdrop, I wish to propose that subject curricula in our basic schools (i.e. Kindergarten, primary and secondary schools) be limited to the following subjects only: Language and culture, Mathematics, Integrated science, and Computer programming.

Also, supply and demand for labour has become global. There is an increasing international competition for workers who can add value through applying non-routine complex thinking and communication skills to solving complex problems in sophisticated and diverse environments. Therefore, it will be suicidal for a nation to continue to train its people for local or national needs only. So we are seeing companies located in say ‘Ghana’ hiring labour from China or abroad even though Ghana has a large number of unemployed graduates of various disciplines. Simply put, labour is not solely for the government any longer but for the international economy and markets.

On this backdrop, I wish to propose that subject curricula in our basic schools (i.e. Kindergarten, primary and secondary schools) be limited to the following subjects only:

In teaching these subjects, there should be a heavy reliance on information and communication technologies (ICTs), such as computers, smart phones, radios, televisions, digital assistants, satellite systems, as teaching/learning materials.

There is the need to discontinue the teaching of traditional subjects such as social studies and religious and moral education including the many other subjects such as basic design and technology, citizenship education, creative arts etc. This is because most of the skills and values inherent to those subjects can still be acquired most effectively in the above four (4) stated subjects.

Each district capital (local government administrative centers) can build a single well-equipped modern science and computer laboratories staff with highly skilled people who may not necessarily be teachers. Such centers can schedule a timetable to support every school within the district in the delivery of science and programming lessons. Existing Technical universities and Polytechnics can be the ones to lead the way by providing highly skilled laboratory and computer scientists to manage these learning centers.

The link between this proposal and 21st century skills

The most elaborate and probably encyclopedic itemization of the 21st century skills can all be linked to language & Culture, Integrated Science, Mathematics and programming. 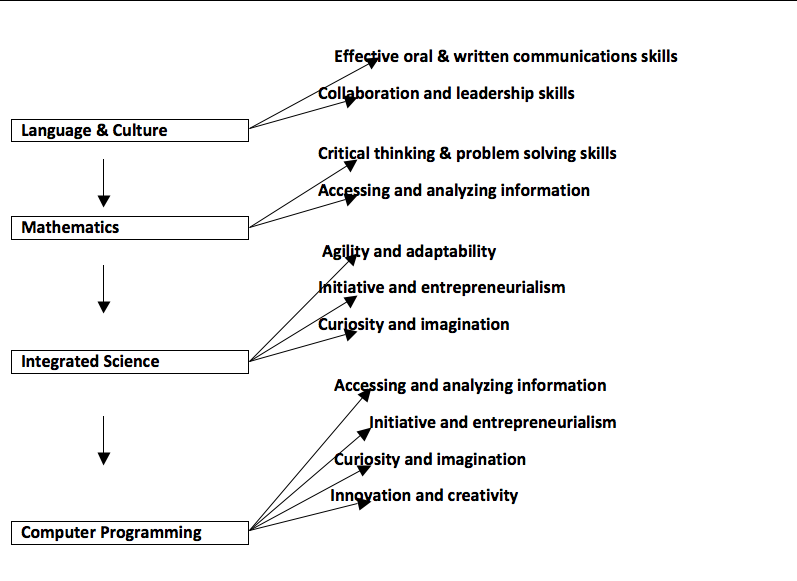 Each of these subject areas enhances each other. The 21st century skills the subjects provide also feed into each other for knowledge enhancements.

Current work and market demands for labour poses a compelling need for an upheaval of most educational systems in Africa. The increasing internationalization of skills is also in itself a compelling factor for educational reforms. This paper proposes a four (4) thronged subjects area that can be the foundation upon which Africa can build a strong basic education. The subjects are Language & Culture, Mathematics, Integrated Science and Computer programming. These subject areas have the greater possibility of helping young people to succeed and to acquire 21st century skills.

Kassim Alabani is a teacher with the Ghana Education Service and the General Secretary of the Centre for Development and Policy Advocacy.