Accueil Le Débat Contributions Holding Political Parties Accountable in Gambia: Should it be the duty of the Independent Electoral Commission? 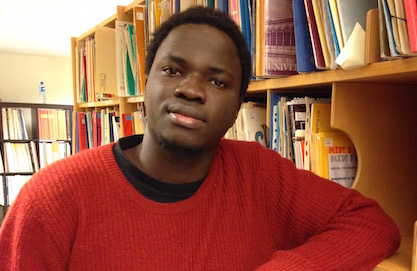 Holding Political Parties Accountable in Gambia: Should it be the duty of the Independent Electoral Commission?

Holding Political Parties Accountable in Gambia: Should it be the duty of the Independent Electoral Commission?

This year, 2015, has been an interesting period in Gambia’s political evolution for three reasons. First, the four days standoff in a neighborhood in Banjul between the United Democratic Party (UDP) and the Gambia Police Force shows that “fear” no longer dictates the attitude of the opposition.

Secondly, the passing of the controversial electoral amendment bill by APRC (Alliance for Patriotic Reorientation and Construction) dominated National Assembly has to a large extent showed “paranoia” on the side of APRC. Perhaps, there is a deep feeling within the party that they are slowly losing grip of the political space. However, it will be premature to conclude on such bases.

Finally, the defeat of the APRC candidate in the recently concluded bye-election in Lower Saloum should be viewed by both the ruling and opposition parties that voters own their votes and they will vote into power whoever they want to, whatever the cost is. Specifically, it shows that APRC’s “vote for development” (President Jammeh has been quoted in numerous occasions implying that he will only bring development to constituencies that voted for him and the APRC party) is on the verge of dying and that rural electorates are slowly defying APRC’s political propaganda.

Nonetheless, it will be too early to generalize or even to predict the possible outcome of the 2016 presidential and parliamentary elections. One thing that is certain is that it will no longer be business as usual for both the ruling and opposition parties come 2016.

My concern in this essay is not about the 2016 election and who is going to win. It is about the new amendments to the electoral laws that have further widened the mandate of the Independent Electoral Commission (IEC). Undeniably, these changes have significantly transformed the IEC from an umpire to some sort of a police force with uncheck powers (at least on the side of the opposition).

As opposed to the general debate, which focuses mainly on the revised fees and its possible implication on multiparty competition, I questioned the logic of the IEC demanding audited reports from political parties and what possible impact this new institutional change might have on multiparty elections? Generally, what impact will such an “unconstitutional” change might have on Gambia’s democratization process? Specifically, with all the controversies surrounding the IEC, should it be the duty of the commission to hold political parties accountable?

To many the new fees set by the act will further shrink the political space, kill “multiparty democracy” and discourage people from vying for elected offices, thereby further entrenching undemocratic practices.

The recent amendment to the IEC act has gathered wide spread condemnation and criticism from both experts and opposition parties and at the same time receive unconvincing support from APRC loyalist. Opposition political parties and political pundits have criticized the amendments from all angles mostly focusing on the monetary aspect of the bill, since the new law increases the fees to register a political party and contest elections.

To many the new fees set by the act will further shrink the political space, kill “multiparty democracy” and discourage people from vying for elected offices, thereby further entrenching undemocratic practices. Moreover, the provision that calls for all executive members of political parties to reside in the country is seen as strategy to disenfranchised diaspora Gambians most of whom have been seen as potential threat by the APRC leadership. Hence, forcing all party executives to reside in country, will technically limit oppositions parties fund raising drives in Europe and America thereby weakening their financial base. Clearly, this is a well calculated move on the side of the APRC to eliminate electoral competition.

However, this group overlooked certain aspects of the amendments such as the demarcation of certain major constituencies like Kombo North and Central thereby increasing the number of constituencies to 53 from its original 48. The good thing about this is that a single constituency can no longer dictate the outcome of elections as Kombo North used to do. It also gives the people in these new constituencies the chance to be “effectively” represented. Nonetheless, we should question the legality of this move. Constitutionally, a boundary commission was supposed to be setup by the National Assembly to deal with such an issue.

Another aspect that was overlooked is the transfer of the issuing of permit from the police to the commission. It is hoped that this might mitigate or put an end to the numerous challenges political parties faced in securing permit to organize public rallies. A positive move for now, isn’t it?

On the other hand, the APRC national mobiliser in an interview with the Standard newspaper argued that opposition political parties are personalized and dysfunctional only surfacing during elections and that there is an urgent need to root out such parties. I must say at this juncture that I share his concern.

Generally, political parties in The Gambia have always been personalized including the APRC. The question, therefore, is can the IEC backed by the amendments change this deep historical phenomenon? He went further to say that the “presidency should not be cheap.” This statement to a large extent suggests that the presidency is a commodity and it should not be for everyone further confirming the fears raised by the critics.

Undoubtedly, the brunt of the argument has been focused on the monetary increment associated with registering and contesting election, thereby, ignoring the other side of the picture. Hence, there is a need to look at the issue holistically. Hopefully, some of these issues will be addressed in my subsequent essays. For now let us focus on what necessitated this essay.

Recently, the IEC released a statement calling on political parties to regularize their status with the commission as per dictated by the new amendments to the electoral act, especially section 105, latest March 31st, 2016. The release, among other things, called on political parties to ensure all their executive members are resident in the country, that all parties must have secretariat in all the administrative regions in the country, that all parties are required to hold biennial congress and finally based on the said laws, “each existing party shall write an undertaking that it shall submit its yearly audited accounts to the commission.”

I am of the opinion that these measures are set up to judiciously control the activities of opposition political parties. Although, as a researcher with keen interest in Gambian political parties, I would love to see all parties published their financial reports. This will definitely help to effectively study both the attitudes of the parties and the voters as relations to electoral financing. However, for the IEC to legislate such is worrying.

Firstly, we know for a fact that opposition political parties are not supported by public funds to engage the citizenry as opposed to the APRC who has been effectively using state resources to run its political programs. The ideal thing to do on the side of the IEC, as an umpire, is to create a level playing field for all parties to equally and freely compete. This includes advocating for public funds to be used by all parties as well as prevent the ruling party from using state resources. Perhaps this is what they are planning to do. But how sure are we that there won’t be biasness in this regard?

Secondly, it’s already a worrying fact that many people question the “independence” of the electoral commission. The passing of these new amendments and the hasty signing by the president further raise eyebrows in this regard. One very important way to have a credible and participatory election is for the people to trust and have faith in the commission.

Nonetheless, since no study has been conducted, one cannot assume or even go to the extent of generalizing that the people do not trust the IEC. However, we can assert that most political parties do not. Some still feel there need to be rapid changes and the appointment of the chairman must follow certain procedures as stipulated by the constitution.

If, for instance, the Chairman’s expired tenure issue does not cause a real controversy, asking the parties to submit their well-earned audited reports might spark a bigger one. Don’t get me wrong. I am all for accountability and I believe political parties must be loyal and accountable to the citizens and their party members. But for the IEC to manage to convince parliament to pass such a law that will empower them to hold parties accountable is beyond imagination. The role of the body should be what it was set to be- the umpire and not some police force.

Finally, what will happen if parties refused to comply with this specific demand? Will they be deregistered or barred from contesting the upcoming elections? Or will they be forced to check for loopholes within the new amendments and use them to their advantage? Whatever the case, I strongly believe it is morally unjust for an entity to request for audited reports without giving any financial support or planning to give any in the near future. It is very clear that the IEC is not planning to do so.

Therefore, as much as we want parties to be functional and accountable to the electorates, I am strongly against the parties submitting their accounts to a not so very credible organization. For this to be effected, the IEC must first earn the trust of the parties and the electorates in general.

Sait Matty Jaw
Sait Matty Jaw graduated from the University of The Gambia (UTG) with an MA in African History and a BSC in Political Science. He taught courses in Political Science and African history at UTG. Sait’s research interest includes comparative problems of democratic development, democratic consolidation in The Gambia in comparative perspective, political parties, election management Sait Matty is currently pursuing his second master’s degree in Public Administration at the University of Bergen, Norway.