Accueil Contribution Covid-19 COVID-19: Africa’s Renewal Will Either Be Political or Not 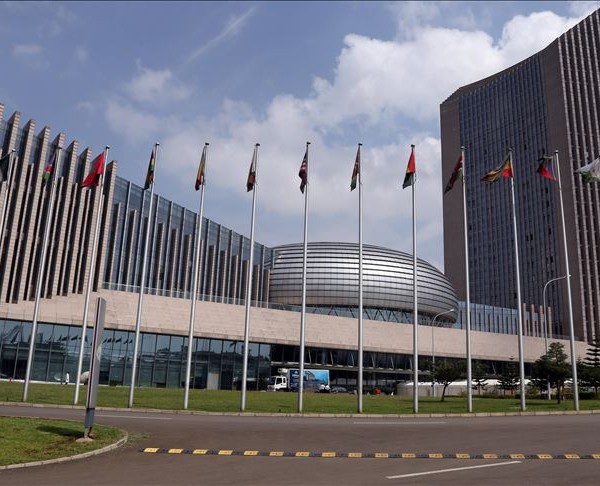 COVID-19: Africa’s Renewal Will Either Be Political or Not

When it comes to fighting COVID-19 in Africa, economic considerations dominate the solutions proposed to limit the negative impact of containment measures. They are shaping the prospects for the possibility of another Africa that will emerge renewed by the coronavirus crisis. Although in the current emergency, one can understand the emphasis placed on economic considerations, an African renaissance nevertheless requires going beyond the economic perspective to capture the political conditions without which the very idea of development is doomed to failure. In the same vein, between the justified optimism generated by the mobilization of African intellectuals in response to the coronavirus and the persistent regressive form of authoritarian practices of those in power, there are grounds for believing that COVID-19 cannot be an opportunity for African renewal unless one considers the future of the continent from a political perspective, first of all; or at least, only if the economic prospects are built on a political foundation.

About Political Counter-productivity of Events

In fact, the health crises and historical humiliations that have shaken the African continent have not really been catalysts for socio-political renewal. As such, African tragedies have not been events, in the strong sense of this word, i.e. they have failed to transfigure the socio-political space in a way that would allow the advent of a new world. The Ebola epidemic crisis, the Arab Spring and the terrible spectacle of African migrants being sold into slavery in Libya are all evidence of this: Africa was nothing other than what it has always been, a land dried up by the minimal absence of social justice and political equality.

Thus, under the effect of hardship, tragedy, and the worst, the same neo-patrimonial and authoritarian logic of power has been maintained, under the influence of political instrumentalization strategies and cultural burdens. This sovereignty of the same, in other words, the resilience of regressive authoritarianism, could prevent this unexpected 21st-century event, COVID-19, from being an opportunity for African renewal.

Political Perspective or Thinking Africa with a Hammer

In the current context of health crisis, I consider it counterproductive to focus on economic perspectives. For the effectiveness of economic measures relies on political conditions that most African countries fail to meet, such as: the organization of social relations based on a minimal understanding of justice shared by all; the empowerment of a public sphere, the only one capable of giving shape to the idea of common good, and which binds people together as a community of interests; the existence of accountability mechanisms based on a contractual relationship between rulers and ruled; and, finally, an organization of the practice of power that makes political and social institutions effective. Thus, the political conditions refer to a coordinated set of normative, intellectual, and organizational possibilities.

These are the capabilities without which economic and social progress is doomed to failure: political organization is a prerequisite for development. However, it is precisely because most African countries appear to be countries where political capabilities have long been suppressed, solutions requiring a Marshall Plan or the reduction of African debt can in no way change the precarious and vulnerable situations that are damaging so many lives on the continent.

Especially since the obsolescence of health systems in Africa, for example, is not due to economic considerations alone, but to the persistence of regressive, nihilistic, and soothing power practices. Therefore, as long as informal political representation is maintained in African societies and the de-institutionalization of power reigns supreme, economic measures will have no significant effect on people’s lives. African Renaissance will either be political first or it will not be.

However, this unexpected 21st-century event, COVID-19, could only be an opportunity for renewal for African countries if a completely new political subjectivity were to emerge through a radical questioning of the relationship with power. To achieve this, Africa should be considered differently from its relationship with the rest of the world. We should act as if Africa were alone in the world, so we should temporarily abandon the idea of Africa and the world, in favor of a certain Afrocentrism, with Africa on Africa by Africans.

This view of an exclusively self-centered Africa will aim to force political actors, especially to a sobering work, which will consist in getting rid of the ways of being and behaving that ended up making African lands politically inhospitable to human dignity. However, sobering up Africa will entail thinking Africa with a hammer, to quote a famous expression from Nietzsche, which means demolishing the authoritarian ontology and the idol of development aid that the continent keeps giving birth to. Only in this way could the coronavirus crisis in Africa be an event leading to the advent of “another Africa.”

Born in Guinea, Amadou Sadjo Barry is Professor of Philosophy at the General and Vocational College (CEGEP) of St-Hyacinthe, Quebec. He specializes in moral philosophy, political philosophy, and African politics. Amadou Barry graduated from the Université de Montréal with Bachelor’s, Master’s, and PhD degrees.