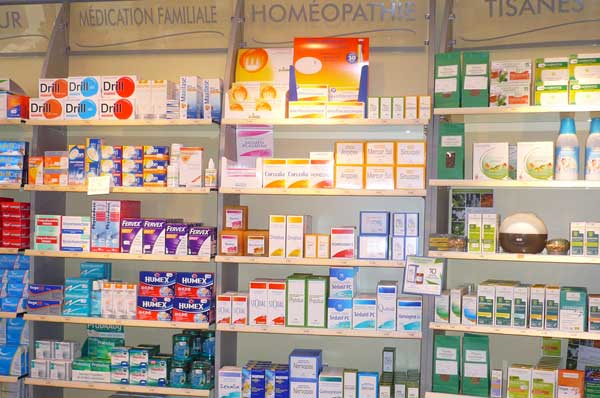 As part of the debate on health systems in West Africa, WATHI met with Dr. Falla Mané, President of the Union of Young Pharmacists of Senegal, to discuss the training and employment of young pharmacists as well as other challenges facing the pharmaceutical sector. He answers our questions in this first part of the interview:

UJPS is an association of young pharmacists at the end of their training as well as graduates aged under 45. Membership is based on meeting these criteria and possessing a membership card. This structure was founded in 2001 and we inherited it in 2015. The challenge for us is to show that the concerns of pharmacists in 2001 are still relevant today. These include challenges to be recognized by the profession’s authorities, mainly the Senegalese Pharmacists’ Association, and concerns about integration in the labor market.

The primary outlet for young pharmacists is access to a pharmacy. But today certain changes have made it more and more difficult to obtain authorization to open a pharmacy. Young pharmacists are not asking to be financed, but simply ask that the State, through the Directorate of Pharmacy and Medicines and based on non-discriminatory criteria, does not prevent pharmacists from practicing their profession.

Opening a pharmacy in front of a health facility is normally prohibited. Yet the one opposite the Fann Hospital does not comply with this rule, and it was authorized by decision of the then minister

We consider that the current criteria are actually discriminatory because they favor senior pharmacists, some of whom are even retired. These pharmacists often compete with the younger ones, something that was much less common a few years ago. This is all the more unacceptable given the need for new structures in many parts of the country where it is difficult to have a pharmacy.

This largely depends on the officials, the authorities in charge, mainly the Pharmacists’ Association, at the Directorate of Pharmacy and Medicines, and the Senegalese Pharmacists’ Union. Before 2010, there was not too much trouble. New graduates had the opportunity to prepare their application if their ambition was to open a pharmacy, and then that application was examined and they were assigned somewhere according to established standards such as “one pharmacy per 10,000 inhabitants” or “one pharmacy every 500 meters.” Once these criteria were met, and you were the only one requesting authorization, the State would provide you with an authorization to open a pharmacy.

Since then, there have been several changes. Thus, in 2007, following a suggestion by some of the sector’s officials from the Association or the Directorate of Pharmacy and Medicines, an Order was signed by the Minister of Health. According to this Order, every year the Ministry of Health was to decide directly on the locations where pharmacies were to open. Now, it is no longer possible to directly file an application and request to open a pharmacy anywhere you want.

It is the Ministry that chooses which zone they wish to open pharmacies in, and then a selection is made among all the pharmacists who apply. That is why now many people face challenges in opening a pharmacy. There is no longer any difference between pharmacists who have just graduated from university and those who are close to retirement from the public service.

Well, I cannot say that, because it is a competition where the criteria are established in advance. However, it must be said that there is a lack of transparency, since such a competition suits some more than others. There is a very complex rating system that the Rector can change at his own discretion. Every year we ask for more transparency because the results are not posted after the competition. Because of this process, one has the impression that the game is biased. If everything were clear, straightforward, simple, and transparent, no one would ask questions. But this is a situation we are faced with, it is obvious, and we must denounce it. The process I am describing here is what we call “the normal way,” but in practice, another way exists, and it is called the “derogation way.”

According to the “derogation way,” the Minister of Health has the power to grant an authorization to an ordinary person by order. This is a discretionary power of the Minister, an authorization conferred on him or her by the legislation. Let me give two clear examples. Opening a pharmacy in front of a health facility is normally prohibited. Yet the one opposite the Fann Hospital does not comply with this rule, and it was authorized by decision of the then minister.

No! It would even be a loss for the State to rely exclusively on the pharmacy to deal with the employability issue of young pharmacists. For example, in developed countries such as France, not long ago, there were about 140,000 pharmacists for 22,000 pharmacies operating in the country. That means that out of seven pharmacists, only one has set up. The rest are employed in other sectors like the pharmaceutical industry, wholesale, logistics, agri-food, or pharmaceutical engineering. But these sectors are under-exploited here in Senegal. Only the pharmacy sector is recruiting consistently, resulting in a lethargic situation.

In Senegal, not even one third of the districts have pharmacists

In a country like Côte d’Ivoire, which is close to us, young pharmacists graduating from university are easily hired in the civil service. Those who do not join the civil service are often employed in other sectors or become assistants in pharmacies, for example. In this country, the authorities have realized the role of pharmacists, so they are now working in sectors where they can play a role, mainly in the health sector.

In Senegal, not even one third of the districts have pharmacists. Several health facilities may be found in a district: a hospital, a health post, a health center, yet there are entire districts with no pharmacist. This means that drug management in that entire area is left in the hands of unqualified people. This is a danger to the public and it may also result in certain abuses such as parallel markets.

The Eksina program now makes medicines available to public facilities on a resale basis. The sellers of these drugs have no real control over the danger of their products and the regulatory restrictions, so, to repay the drugs from the program, they may be tempted to sell their stocks on the black market. No serious pharmacist would ever dare to engage in such a practice knowing the risks involved.

We call these salespeople pharmacy assistants. They have their place in pharmacies because they help out. Nevertheless, the State should require that each pharmacy have at least one assistant to replace the pharmacist who cannot be present all the time. That is what the law says, but subject to certain conditions, stipulating as well that the pharmacist must have a certain turnover. However, this is beyond the control of regulatory bodies, whether at the pharmaceutical sector level or at the State level. These parameters cannot therefore be used as a basis for asking pharmacists to recruit assistants.

There is room for improvement. We have produced a paper in which we proposed solutions. For instance, we suggested that after a certain number of years of operation, a pharmacist should necessarily have an auxiliary if the demand is there. But the problem is that many young professionals have already left this sector for lack of adequate pay. Many of them feel it is unfair to be paid much less than their recruiting co-workers when they have equivalent levels of education.

Young pharmacists take risks and they hardly touch anything, it’s an aberration and disrespectful to our degree! This explains why young pharmacists often seek to open their own pharmacy, even to the point of abandoning other sectors such as research or industry due to a lack of support. Apart from the pharmaceutical sector, there is no government grant or policy to develop the other pharmaceutical sectors.

This is primarily a matter of personal will from the employing pharmacist. But if this is not regulated, there will be no respect. The State considers that it is a private sector and that it should therefore operate on its own. Yet there is a regulatory body, the Directorate of Pharmacy and Medicines, which reports to the Ministry and which could play a policing role by requiring a minimum wage for pharmacy graduates. That could be an incentive for these young graduates to stay for a certain period as assistant pharmacists. In fact, the term is no longer used in France; instead, they use the term “deputy pharmacist” out of respect for the one who holds the same degree as the employing pharmacist.

In many countries, deputy pharmacists are included in the capital of the registered pharmacists to enable them to feel involved in the management of the pharmacy. Therefore, if some suggest that opening dispensaries will saturate the pharmaceutical sector, they should in turn give graduates the opportunity to work with their peers to develop businesses that they can share. Unfortunately, this is not the case, and everyone is looking for and taking advantage of their remaining right: to open a pharmacy.

To be honest, it is a matter of willingness, because regulations are already in place. We have regulatory bodies like the Directorate of Pharmacy and Medicines, but the one that is supposed to represent the sector itself is the Senegalese Pharmacists’ Association. The problem is that most members of this Association are pharmacists who own pharmacies. One can therefore understand why it is difficult to implement protocols requiring all pharmacists to increase salaries for their assistants. There is a conflict of interest.

Another regulatory tool is the Directorate of Pharmacy and Medicines, which could at least bring a plus to this sector since that is their responsibility, but they are working on various fronts and they do not wish to alienate the entire sector with substantive measures. For their defense, it should be noted that, beyond the pharmaceutical sector, they deal with many issues such as the regulation of the drug market and the opening of drugstores. Moreover, this directorate reports to the Directorate General for Health and is therefore not autonomous. Were they autonomous with their own budget, they would be able to take full advantage of their assigned tasks. For the moment, they are facing a lack of resources and staff.

There are also shortcomings in pharmacies; no inspections are carried out to improve the way these pharmacies operate simply because the regulatory body, the Directorate of Pharmacy and Medicines, is not sufficiently equipped for such inspections. Pharmacists’ duties are clearly defined, but in some places, pharmacies also host money transfer shops or sell products at prices higher than their maximum regulatory price, even though this is prohibited. There are a few minor gaps that we can identify because we work in this field, but non-specialists cannot see them.

Dr. Falla Mané is the President of the Union of Young Pharmacists of Senegal. He is a graduate of the Faculty of Medicine of Cheikh Anta Diop University, Dakar.