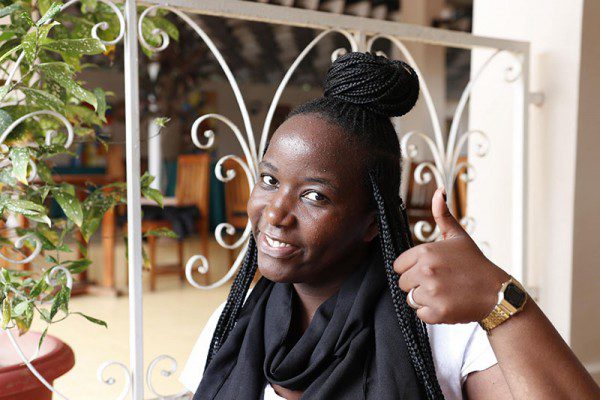 The current state of women’s rights in Africa

Women’s rights in Africa unfortunately is not on par, because in different parts of Africa there is an increase in violence towards women. There is also a surge in terms of women not being able to access quality, cheap, and equitable sexual and reproductive health care provisions by the government, particularly access to safe abortions. I would also like to inform you that unfortunately vices such as female genital mutilation are still being highly practiced in different parts of Africa, which is a call to every person in Africa, every human and woman in Africa, to do their work to eliminate such vices.

Importance of maintaining an independent commission

As you are aware, FEMNET has been working together with a coalition for African lesbians and other minority groups who are all Pan-African. We are working towards ensuring that this decision was rescinded or we’re sticking back by the commission and we have been working towards showcasing the need for an independent commission.

The commission is the last hope for African peoples, and if the executive council is interfering with it, then who will the people of Africa run to in times of crisis?

This commission is the last hope for African peoples and if the executive council is interfering with it, then who will the people of Africa run to in times of crisis. Who will African women run to in times in needs if it is being interfered with by the same people who are particularly leading harm towards the people of Africa? There is a need for the commission to remain independent, there is a need for the commission to stand it’s ground and articulate that they are the people who are supposed to do their work for African peoples.

I’ll connect this with different organizations, movements, or caucuses in Africa seeking to get observer status with the commission so that they can provide timely updates on the current situations of human rights in their countries.

This is a duty on us; myself, you, and the citizens of Africa

Definitely it is us as the citizens of our different states. Categorically for NGOs and for civil society organizations to seek observer status so that they can give regular updates on the current situations of their states and generally of Africa so that the states can give recommendations and regularly give feedback towards these reports that will be issued by CSOs. Definitely this is a duty on us; myself, you, and the citizens of Africa.

How can we improve the efficiency of the commission?

I’ll start with the efficiency of the commission. So much has been done towards that in terms of administrative support and in terms of all the guidelines that are available, but there is more that needs to be done. There is a need to open up this space for civil society actors to see where they can assist the commission.

Yes, they are accepting our support as it is, but there is a need to open the work that they do particularly for us; to be open in terms of accessing them for instance on their website as expeditiously as possible; to reinvigorate the work that they are currently doing to make it more accessible to us. As it is, yes, it’s accessible, but more needs to be done.

The recommendation is definitely for anytime NGOs in Africa know that there is a session is coming up, any session coming up in whatever country, there is need to go to the sessions and give the status of human rights situations in their countries, because the commission relies on the information that they receive so that they can give the adequate response or adequate recourse.

It is important, particularly for women’s rights organizations, to seek observer status and come and give their updates on the human rights situations in their countries

If we do not give them any information, then it is impossible for them to work with the different states to give adequate recommendations and to give adequate recourse. Therefore, it is important, particularly for women’s rights organizations, to seek observer status and come and give their updates on the human rights situations in their countries.

Irene Mwendwa is a Lead Capacity Building Officer at FEMNET (The African Women’s Development and Communication Network). FEMNET is a feminist Pan-African organization composed of members who work to advance the rights of women and girls since its creation in 1988.