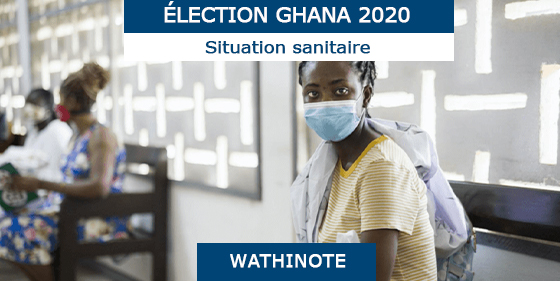 The Ghana National Health Insurance Authority (NHIA) has strengthened its technical capacities over time, developing highly competent professional teams in the fields of actuarial sciences, financial management, insurance mechanisms, and health financing. Building robust actuarial-analysis capacity is crucial to safeguarding the NHIA’s financial sustainability. In addition, a clinical audit division was created in 2009 to review the authenticity of claims and reduce fraud. The government established four claims processing centers to centralize the claims processing, and with support from the Ghana Health Insurance Project (2007–14) the Accra center now also allows for claims to be submitted and processed electronically. A revised NHIS medicine list was introduced to promote rational prescribing practices. The authorities shifted provider payments for inpatient services from a fee-for-service model to Ghana Diagnosis-related-groups (GDRG). A system of capitation1 payment for primary outpatient care was launched in the Ashanti region in 2012 and is cur- rently being rolled out in other regions.

Ghana’s key health indicators improved steadily over the past several decades. In 2013, average life expectancy at birth was 61 years, the maternal mortality rate (MMR) was 321 deaths per 100,000 live births, the total fertility rate (TFR) was 3.9 births per woman, and the under-five mortality (U5M) rate was 67 deaths per 1,000 live births. Moreover, Ghana outperformed the SSA average on each of these indicators. However, the country’s strong overall performance masks significant disparities between income groups.

The government’s efforts to expand the coverage of health services have yielded mixed results. The share of births attended by a skilled health care worker has increased significantly, rising from 47.1 percent in 2003 to 73.7 percent in 2014. However, the coverage rate of modern contraceptives rose only slightly from 18.7 percent in 2003 to 22.2 percent in 2014. Meanwhile, immunization coverage declined between 2008 and 2014, and the share of children with fever taking antimalarial medication was far lower in 2014 than in 2003, before the establishment of the National Health Insurance Scheme (NHIS). The number of outpatient visits increased sharply from 0.5 per capita during 2001–06 to 1.1 per capita during 2011–14.

Despite improvements in some indicators, utilization rates for health services are far from equal across income groups. Coverage rates for modern contraceptives, vaccinations and malaria treatments are relatively equitable, though rates for modern contraceptives and malaria treatment are low for all income groups. The greatest disparity is in the share of births attended by a skilled health care worker; the coverage rate in highest quintile (96.7 percent) is more than double that of lowest quintile (46.9 percent).

There are an estimated 3,500 public, private, and faith-based health care facilities in Ghana. Fifty-seven percent of these facilities are public, 33 percent are private, and 7 percent are operated by the Christian Health Association of Ghana (CHAG). Health facilities include compounds, health centers, clinics, maternity homes, and seven types of hospitals: district, municipal, metropolitan, regional, teaching, psychiatric and uncategorized.

As of February 2016, an estimated 104,652 health care workers were employed by public and CHAG facilities, with nurses comprising the bulk of the workforce. No employment data are available for private facilities.

The following health care services are not covered by the NHIS :

Private health care providers receive higher GDRG tariffs and capitation rates to compensate for their lack of public funding. Public providers (including Christian Health Association of Ghana [CHAG] facilities) receive funding from the MoH, whereas private providers do not receive it. Consequently, tariff rates differ significantly by facility type and ownership. For example, the reimbursable cost of a general consultation for an adult patient is 76 percent higher for a private primary hospital and 48 percent higher for a private clinic than it is for a public primary hospital.

The growth of claims expenditures has outpaced the growth of National Health Insurance Scheme (NHIS) revenue since 2009, causing a sizable deficit. Claims expenditures rose from Ghanaian cedi (GH¢) 7.6 million in 2005 to GH¢1.1 billion in 2014. In 2008, the NHIS had a surplus of GH¢492 million, but in 2009 it began running a deficit each year. By 2014, this deficit had widened to GH¢300 million. The deficit disrupts NHIS operations including its reimbursement schedule, and the situation gets worse when NHI levy contributions are not released on time.

Claims processing by NHIA is labor-intensive and inefficient. Claims are vetted on an individual basis. Most claims are evaluated manually, even the relatively small share that are electronically submitted. The NHIA expends a staggering 1,200–4,800 staff weeks vetting each month’s claims, and maintaining this schedule requires hundreds of staff members.

No estimates are available on the quality of claims vetting at the national level, but an analysis of claims in the Volta region suggests that the process is subject to significant errors. The Volta claims data reveal that 18 percent of submitted claims lack essential information or are submitted by unaccredited facilities. These claims should have either been denied or returned to the facility for correction, yet unfulfilled claims represent just 3 percent of the value of all claims in Volta.

Previous claims-expenditure reviews have shown that some service providers exhibit abnormal behavior that may indicate fraud or abuse and that warrants additional scrutiny. Private facilities, which tend to be high-cost providers, are more likely than other facilities to submit incomplete claims information. This is especially true for private primary hospitals (figure 5.6). Moreover, among pri- vate clinics that submit claims without GDRG information, 42 percent also lack diagnosis information, making it impossible to determine whether the GDRG is appropriate and these claims expenditure are eligible for reimbursement.

First, the existing data are not available in a format conducive to analysis. The Volta claims analysis was based on more than 3,000 individual Excel files submitted for 2014 alone. These files are not consistently formatted, and terms are used inconsistently. Addressing these issues is a costly and time- consuming process. While the NHIA has been working to develop standard templates, these issues remain common in all regions.

Second, the data captured by the current system are insufficient to verify the accuracy of the specified GDRG or appropriateness of the treatment.