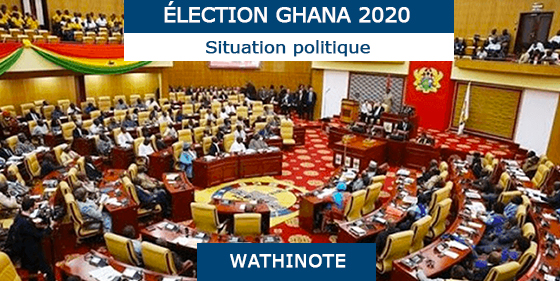 Procurement mismanagement and the politicisation of bureaucratic transfers in Ghana, International Growth Centre

Mismanagement in procurement is common in many countries, including Ghana, and can severely undermine development. This study analyses public procurement practices within local governments in Ghana. Governments in developing countries typically spend over half of their budgets purchasing goods and services from private companies (World Bank, 2016). Such high levels of spending ensure that measuring the extent of financial misconduct and analysing the motivation politicians and bureaucrats have to distort procurement processes is essential to the promotion of economic development.

Common modes of malfeasance include public officials selecting contractors on the basis of personal or partisan connection or receiving kickbacks from firms in return for contracts. In each case, elites have little incentive to monitor contractors. Without monitoring, companies may be inclined to construct public infrastructure using poor quality materials or not begin building at all.

It is the job of public officials working in Metropolitan, Municipal, and District Assemblies (MMDAs) to award contracts to firms to construct this infrastructure. District Tender Boards, chaired by presidentially-appointed District (or Municipal) Chief Executives (DCE/MCEs), manage these processes. The Public Procure-ment Act 663, 2003 guides the steps that public officials must follow to ensure competition and transparency in the contracting processes. Prior to this study, anecdotal evidence suggested abuse in the awarding of local contracts, with corruption allegations leading to the dismissal of some DCEs and MCEs.

To minimise political interference in the selection of contractors, District Chief Executives should not chair District Tender Boards

A deeper understanding of the incentives of local politicians and civil servants to engage in corruption will better enable governments and funders to design policies to counteract graft and improve the delivery of local public services. Corruption in public procurement is rampant in many countries, including many in West Africa. In Ghana, one-third of local infra-structure projects stand unfinished, which suggests potential abuses in the contracting process. Similarly, 38 percent of publicly-funded projects in Nigeria never reach the construction phase.

To investigate procurement norms, we conducted surveys with 864 local bureaucrats in five regions of Ghana- Central, Eastern, Brong Ahafo, Ashanti, and Volta. A total of 128 MMDAs lie within these regions. We randomly selected 80 of these local governments. In each MMDA, we interviewed be-tween ten and twelve bureaucrats who are involved in the awarding of public contracts (contacting the same positions across all districts).

Slightly less than half of bureaucrats admit that contracts in their district are granted to contractors who are likely to give part of the money to the election campaign of the incumbent party. This figure suggests that political parties fund their local campaign activities using funds set aside for developmental purposes.

Table 1 shows that bureaucrats’ propensity to grant contracts to contractors in exchange for campaign finance varies according to the extent to which politicians can control bureaucrats’ careers through transfers; respondents are more likely to report abuse in public procurement when they perceive their MCE/DCE is. easily able to transfer them.
To employ this method, we gave each bureaucrat a die. Respondents then used the die to determine whether they should give an honest or predetermined (“forced”) response.

Specifically, when bureaucrats perceive their MCE/DCE has no influence on transfers only 34.3% report corruption in procurement. This figure increases to 49.8% when bureaucrats say the DCE/MCE has a lot of control over transfers.

MMDAs should advertise (on a public board outside the assembly) details of each infrastructure project under contract with the local government. This notice should include de-tails about the chosen contractor, location of the project and contracted amount. These public notices should also include a detailed project specification, the timeline for finishing, and details of the relevant experience of the chosen contractor.