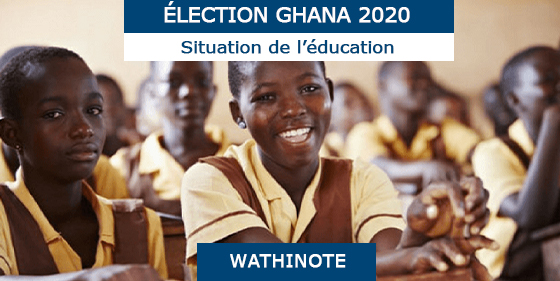 Following the widespread adoption of free primary education in low-income countries and the subsequent surges in primary school enrollment rates, policymakers’ attention has shifted to secondary school. The U.N’s new Sustainable Development Goals call for “… free, equitable and quality primary and secondary education leading to relevant and effective learning outcomes”. In Ghana, the setting of this study, debates about free secondary education were central in the last three presidential elections.

Policymakers may also want to know the extent to which rapidly expanding access to secondary education will actually produce additional learning, given the weak preparation provided by many primary schools and the quality of existing secondary schools (e.g., Pritchett, 2001).

Finally, a key question is whether it will generate either private or social labor market gains given that education levels in poor countries are already very high relative to both the historical benchmarks for much richer economies (Pritchett, 2018) and the rationing of government jobs that command rents (Murphy et. al. 1991; North, 1990).

Rapidly expanding education may be problematic if young people see secondary education as promising access to tertiary education and ultimately a government job, but the number of such jobs is limited. Such a situation may lead to a cohort of “over-educated” young people, frustrated in their aspirations (e.g. Krueger and Maleckova 2003; Heckman, 1991).

This paper provides experimental evidence on the impacts of free secondary school. Senior high school in Ghana has historically been limited based both on a gateway exam administered at the end of grade 8, which only roughly 40% of junior high school entrants pass, and by annual tuition fees, corresponding to about 20% of GDP per capita.4 In this paper, we eased secondary school access for some youth by focusing on the financial barrier.

In 2008, full scholarships were awarded to 682 adolescents, randomly selected among a study sample of 2,064 rural youth who had gained admission to a public high school but did not immediately enroll. Follow-up data were collected regularly until 2019, when these youth were on average 28, with a minimal attrition rate of 6%.

We find that scholarships increased educational attainment. Winners were 25 percentage points (51%) more likely to enroll in secondary school and spent 1.23 more years in secondary education than no winners.

Five years into the study, scholarship winners scored on average 0.16 standard deviations higher on a series of practical math and reading comprehension questions modelled on the PISA. Winners were more knowledgeable about national politics and more likely to know and use modern technologies.

By 2013, when most participants were around age 22, women who had received a scholarship were 6.6 percentage points less likely to have ever been pregnant – a 14% drop compared to the rate in the comparison group (48.3%).

The gap persists in the following years, suggesting it is not just driven by students postponing fertility until they are out of school. By 2017, at age 26 on average, women in the treatment group were still 7.0 percentage points (10%) less likely to have ever been pregnant and had 0.185 fewer children.

These effects are concentrated among women. Scholarship winners obtained better jobs along various dimensions, but it is unclear whether these private benefits reflect social benefits or just access to rationed formal sector jobs. Nine years after scholarship receipt and 3-4 years after on-schedule secondary graduation, the scholarship increased the odds of being a public-sector employee by 3.3 percentage points, more than double the baseline rate (from 2.8 to 6.1%).

Wage premia and other perks for public sector jobs are high, particularly for those with tertiary education, both in our data and in other work (Aryeetey and Baah-Boateng, 2016). As of 2019, treatment group members were more likely to have formal employment contracts and jobs with benefits. The scholarship did not increase hourly earnings and in some specifications decreased them.

Ajayi (2014) estimates that at least 20% of those admitted do not enroll in senior high school the following year, and many cite costs as the reason. In 2011, government-approved tuition fees for day (non-boarding) students in senior high school were around 500 Ghana cedis per year, a very large sum in a country where the per capita GDP that year was 2400 Ghana cedis.

Many students do not have a day school within easy access since there are only around 700 senior high schools for the entire country compared to over 9,000 junior high schools. These students must therefore attend a boarding school, which tends to be more expensive.

Students who complete senior high school and do well on the senior high school finishing exam (the West African Senior School Certificate Examination or WASSCE) may be admitted to tertiary programs, including degree programs at universities, less prestigious diploma programs, and government training programs, for example for teachers and nurses.

There is a one-year gap between completion of senior high school and admission into university or training colleges. Students who do not score well enough on the exam to secure tertiary admission can retake the senior high school finishing exam any number of times. Tertiary education is expensive.

Two types of tertiary programs, nursing and teaching, are heavily subsidized through government stipends, though this policy was put on hold in 2013– precluding youth in our study sample to benefit from it. The policy was reinstated (though with stipends cut in half) in 2017.

As in many developing countries, Ghana has very high premia for public sector positions, particularly those requiring tertiary education.

Finan, Olken and Pande (2015) find a wage premium of at least 59% in Ghana, using the 2013 STEP Skills Measurement Survey. Note that public sector jobs provide substantial benefits beyond wage benefits both because they provide a great deal of job security and because they typically carry some substantial benefits. Access to these jobs is historically limited to those with certain types of tertiary education.