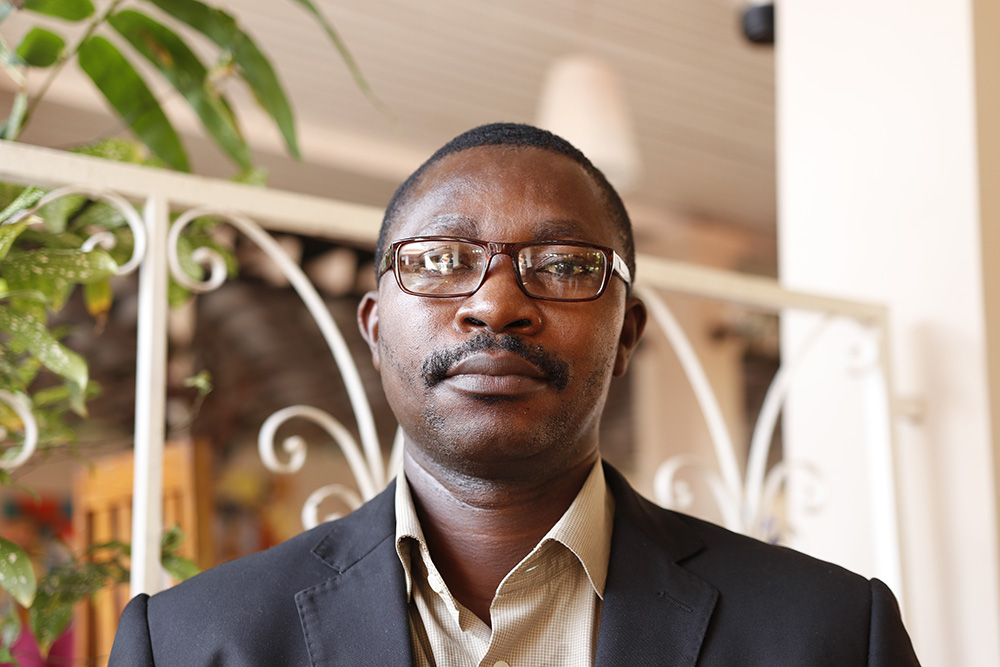 The Role of Civil Society Organizations in the Protection of Human Rights, Seidu Swaray, Executive Director at Liberia Association of Psychosocial Services

Who can contribute to the protection of human rights in Africa ?

The individuals themselves are the first line. Secondly are the duty bearers. I’m talking about those who are appointed into authority, into positions to serve the masses and serve the population. Then the whole entire effort has to be monitored or held by the independent national commissions of each member country. They need to hold it and they need to keep interpreting it and they need to raise awareness within the population even though their work can also be complimented by some other civil society organization that can continue to raise awareness. So awareness within a population can be one so the people know when and how to protect themselves. State-level actors can also respond and the higher one is the independent national human rights commissions.

From there the judicial system also needs to be another way around. Then it should always be different levels of redress, and very much functional. Because sometimes when I look at what happened to you and you try to maybe lodge a complaint, if it is not adequately responded to you need to have the opportunity to seek redress at a higher level. All these levels need to be very much effective, so when there’s a breaking in one, then there’s a problem right there. Sometimes people are deprived of their rights as a result of mechanisms that are put in place in that way.

How does the commission exercise its mission to protect human rights ?

They engage the states. When there is a lot of information coming out of a specific area on the continent, like a country, the commission’s attention is then drawn to that area. Then they try to actually follow that up and they try to confirm the validity of that information that is coming from them. Then they try to engage with that state. There are also some challenges with the way they respond with implementation or the way they engage that member state. Some have been ineffective, or the time it takes for them to respond is very slow.

The civil society organization engages the state government but it is not listened to, but if you find a way and share that information with the commission and the commission responds to the state, sometimes it is taken more seriously

Sometimes the human rights situation is very urgent and needs rapid response, but sometimes they don’t come up in that way. But the commission actually engages them. And the way I’ve been seeing it, even with civil society actors, when we engage with our respective governments about issues of human rights and they are not responding, sometimes it’s good if you share it here and then our country becomes more serious if it comes from this, so it’s that indirect way. The civil society organization engages the state government but it is not listened to, but if you find a way and share that information with the commission and the commission responds to the state, sometimes it is taken more seriously.

One of my recommendations is to support civil society because civil society organizations are the watchdogs for society. They need to be capacitated in such a way that they can be able to compliment the work of the AU or even the African Commission on Human and People’s Rights. By capacity I mean getting the requisite skills and knowledge in a way to watch on human rights situations and report in an accurate manner.

The whole thing is in the interest of the masses. So one is the capacity of the civil society organizations. Secondly, we need to also be a little bit robust. The whole entire member countries are not actually paying their dues. This is also an effort of the commission to some extent. Sometimes the commission even tries to depend on international donors, like the EU or the western countries. For me I see this as a shame.

The interest of Africa is one, yes, but the external donors also have their own interests

Seidu Swaray is the Executive Director of the Liberia Association of Psychosocial Services (LAPS). LAPS is dedicated to helping survivors of trauma, torture, and gender-based violence of all age groups and enabling them to effectively function in their communities.