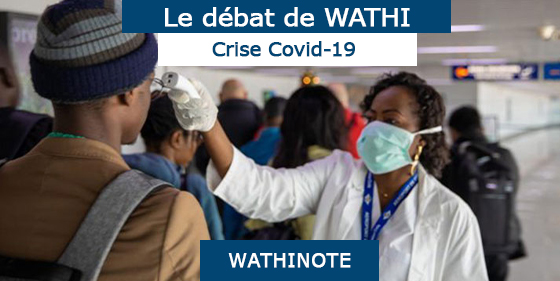 The COVID-19 Pandemic and Democracy in Sub-Saharan Africa, Pandemipolitics

In 2019, countries in Africa registered both the largest gains and biggest losses worldwide on some common measures of democracy. This is part of a pattern of divergence, evident since at least the 2000s. And while it is still fairly common to paint Africa in broad strokes as either “hopeless” and “in perpetual crisis” or “hopeful” and “rising”, it is important to recognize that the reality of African countries’ experience with democracy is much more varied and complex.

Therefore, evaluating how the Covid-19 pandemic will impact the quality of democracy in Africa must take this underlying heterogeneity as a starting point. We shouldn’t be speculating about whether Covid-19 will lead to a democratic decline or authoritarian resurgence, but asking how its impact will vary given countries’ highly divergent contexts and democratic trajectories preceding the pandemic.

Theories on democratic resilience and authoritarian retrenchment offer some direction in understanding this variation. The former highlight factors such as the strength of electoral management bodies, institutionalized opposition parties, free media, and a robust civil society in enabling democracies to withstand crises and emergencies. The latter list the ways, in which autocratic regimes use emergencies to consolidate their own positions: by enhancing executive powers, limiting basic civil liberties, cracking down on dissenters, and curtailing media freedoms.

There is (rightly) a concern that governments will use the pandemic to increase and centralize power and dismantle existing checks and balances. As Farida Nabourema notes, dictators love lockdowns. To that end, the V-Dem project has compiled data on Covid-19 emergency provisions by country and classified them by type, level of severity, and by whether they include time limits and expiration dates.

Looking at this data for Sub-Saharan Africa, it is not surprising that countries, which have made strides in democratization over the past few years (Ethiopia, Liberia, Malawi) fare better and are less likely to have governments who abuse pandemic-related executive powers while autocracies (Uganda, Tanzania, Zimbabwe) have implemented more sweeping power grabs. Thus, regime type trajectories create momentum that can either foster democratic resilience or accelerate autocratic backsliding during Covid.

Broad regime trends aside, the pandemic has led to a rise in police brutality in Kenya, Nigeria, Uganda, and South Africa, often under the guise of “lockdown enforcement”. Here, too, the pandemic appears to be exposing and exacerbating pre-existing problems: all four countries have a history of police heavy-handedness and the integrity and professionalization of their security services has been seriously questioned. Such abuse of power can undermine trust in the state as a whole, spark protests and civil disobedience, and lead to further crack-downs in a vicious cycle of escalating violence. This danger is particularly acute when police brutality is often with good reason perceived as specifically targeting a section of the population alone.

Civil liberties and media freedoms can also suffer in the name of public health: some governments have increased digital surveillance, used their new powers to ban public gatherings, and selectively targeted media critical of their line on the pandemic.

Again, it is worth underscoring that human rights abuses in the name of public health are by no means the norm. For example, activists successfully pressured the government in South Africa to adopt a sunset clause on surveillance measures. Civil society organisations have sounded the alarm on police brutality in Kenya, Nigeria, and Uganda. The Media Foundation for West Africa has launched a number of initiatives to track, document, and combat attacks on the media in a range of countries.

With 22 African elections scheduled for 2020 and 18 more for 2021, there are no easy choices. Postponing or suspending elections risks undermining trust in the state, waves of protests, and the retrenchment of incumbent regimes. Going ahead risks increased infections, particularly given how rally intensive electoral campaigns across Sub-Saharan Africa tend to be and how crowded polling stations are on election day.

Civil liberties and media freedoms can also suffer in the name of public health: some governments have increased digital surveillance, used their new powers to ban public gatherings, and selectively targeted media critical of their line on the pandemic

To guarantee safety, special provisions need to be put in place to cover the period of campaigning, voter registration, voting, and the tallying of results. This is a huge challenge given the importance of direct face-to-face contact. And while social media has become increasingly central to election campaigns in recent years, shifting to social media campaigning further risks of disinformation and inflammatory messages, disenfranchising the elderly and rural women, and increasing resource inequalities between bigger and smaller parties.

Creating the infrastructure to allow for socially-distanced voting and vote counting in a way that ensures cross-party consensus so that no side later seeks to delegitimize the results would be a huge feat. Countries with electoral management bodies enjoying a reputation of integrity and a history of incumbents accepting defeat, such as Ghana, would be better placed to meet this challenge, but there will likely be trouble ahead in places where past elections have been bitterly disputed.

Beyond the immediate concerns with elections and voting, the pandemic can have long-term subversive effects on democracy by exacerbating polarization and deepening existing inequalities. Social polarization rises when state actions are seen as favouring some citizens over others. For example, in Nigeria, governors have been accused of scapegoating Qur’anic schools. In South Africa and Kenya, social media is full of examples of how curfews have been harshly enforced in some areas, while seemingly sparing others.

In Uganda, the lockdown has provided cover for the regime to continue repressing street vendors and taxi drivers. In Ghana, the government has proceeded with demolishing poor residents’ homes in Accra despite the lockdown. All of these actions compound existing inequalities and threaten social cohesion. Partisan polarization has quickly followed suit with sharp divisions emerging along party lines regarding what measures are best to tackle the pandemic.

So whither democracy in Sub-Saharan Africa during the Covid-19 pandemic and beyond? The pandemic will accelerate processes of divergence and heterogeneity already long underway. Countries with recent momentum towards democratization, vibrant civil society and media environments, robust electoral management institutions, and a culture of fostering national consensus are best placed to weather pandemic-related threats.

Accelerating divergence will likely have implications for states’ international relations as well and processes of intra-African integration and cooperation in particular. On the one hand, increased divergence could hamstring pan-African movements and organisations, such as the African Union. On the other, it could foster the parallel strengthening of regional blocks such as the Economic Community of West African States (ECOWAS) and the East African Community (EAC). This realignment and the emergence of different state cohorts will likely have far reaching consequences for how Africa engages with the rest of the world.