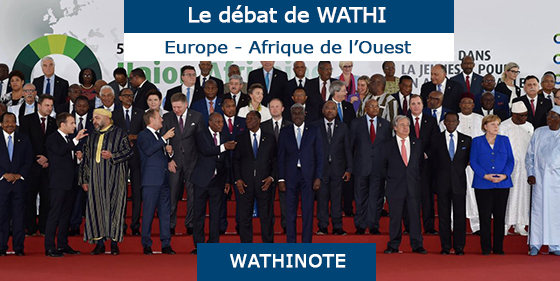 Switzerland and Africa: a long-standing relationship with potential, FDFA, July 2020

It looks like a group of friends have gathered together, a meeting among partners. People are smiling, talking, and debating. The participants, all of whom show a great interest in what’s going on, talk to each like equals. This is the first time that Switzerland is developing a separate strategy for sub-Saharan Africa in addition to its foreign policy strategy.

But the document isn’t being drawn up by a tight circle of specialists at the Federal Palace; in fact, the strategy is being developed with the direct contribution of 34 diplomatic representatives from Africa. “Elaborating a strategy for sub-Saharan Africa isn’t just about Switzerland, but also those of the African states. That’s why it’s crucial to involve our partner countries in the process,” explains Ambassador Siri Walt, who is the head of the Sub-Saharan Africa and Francophonie Division.

Opportunities from the beneficiaries’ viewpoint

The workshop is a striking example of this level of equal partnership. By involving African partner countries in the strategy process, the appreciation during the workshop is palpable. It is a sign of Switzerland’s interest in effective cooperation with African countries. The diplomatic representatives are visibly pleased by this approach and take every opportunity to get involved.

Perceiving Africa in its diversity

According to State Secretary Krystyna Marty Lang, Africa has always been central to Switzerland’s foreign policy and should remain a priority region in future. “Our new sub-Saharan Africa strategy isn’t just about setting out what Switzerland wants to achieve in Africa over the next few years. What we really want to know is where each country sees Switzerland’s value as a partner.” Finally, constructive cooperation depends above all on a fruitful partnership.

And just as there is no homogeneous Africa, there can be no one form of development cooperation. “Each country faces a different set of challenges and has different needs, as well as different framework conditions when it comes to working with business and political representatives,” explains Lang.

The workshop is a striking example of this level of equal partnership. By involving African partner countries in the strategy process, the appreciation during the workshop is palpable

There are also some major differences in the level of interest for Switzerland among a total of 49 countries in sub-Saharan Africa. We would therefore do well to take a more differentiated view both of Africa and of the issue of development cooperation.

Swiss international cooperation relies on close partnerships with a number of countries, and on Switzerland’s humanitarian tradition. The country has a good reputation in many parts of the world thanks to its pragmatism, expertise, effectiveness and long-standing partnerships with local authorities, institutions and companies. In fact, Swiss know-how is highly valued and provides a sound basis for building fruitful economic partnerships. One example is Ghana.

“In the long run, we also want to improve our political, economic and social ties with Switzerland,” says Ghana’s Ambassador Ramses Joseph Cleland. Ghana is an ideal example of what cooperation can do if a country manages to tap into the potential of its young and dynamic population and creates enough work to offer local people real prospects at home.

Establishing geographical strategies regions as part of Switzerland’s foreign policy strategy underscores how constructive and diversified cooperation nowadays is to be understood as an interaction between fully-fledged partners – not least because Switzerland, a country that has close links all over the world, depends on social, political and economic security and stability abroad.

According to State Secretary Krystyna Marty Lang, Africa has always been central to Switzerland’s foreign policy and should remain a priority region in future. “Our new sub-Saharan Africa strategy isn’t just about setting out what Switzerland wants to achieve in Africa over the next few years. What we really want to know is where each country sees Switzerland’s value as a partner.” Finally, constructive cooperation depends above all on a fruitful partnership

Switzerland shows solidarity in its foreign policy commitment, particularly because a secure global environment and sustainable development in Africa benefit everyone. The increased diversification of relations with African states is an example of how Switzerland and its economy can also benefit in the long term from positive developments in other countries.

Switzerland’s strategy process for sub-Saharan Africa ties in with its foreign policy vision (AVIS28). The region is one of the Federal Council’s foreign policy strategy geographical priorities for the 2020-2023 period. Regional strategies for North Africa and the Near and Middle East (MEAN) and China are also being developed under the other geographical priorities for this period. The strategy process will also focus on improving the coherency of Switzerland’s activities so that all actors work towards a common goal and potential conflicts of interests – also between countries – can be identified early on and jointly resolved. Building on a common understanding, Switzerland’s priority cooperation areas, objectives and measures will be fleshed out in the final stage. The workshop for the elaboration of the Sub-Saharan Africa strategy is one example among many that shows how Switzerland shapes its strategy process and how many parties are involved. The regional managers of the Federal Department of Foreign Affairs (FDFA) and numerous Swiss ambassadors are in close contact with representatives of the respective countries as well as Swiss parliamentarians, players in the Swiss private sector, academia and civil society in order to develop the geographical priority strategies. It is always drawn up through national and international exchange, always in accordance with Switzerland’s foreign policy strategy.