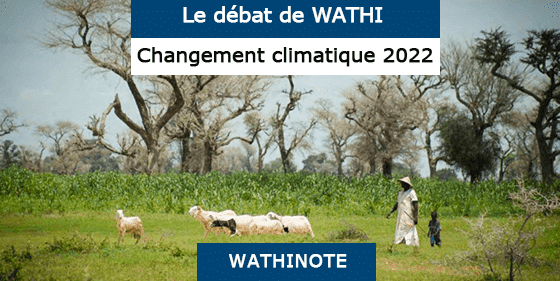 Weather and climate services as an innovation process

In the West African Sahel, climate variability and climate change pose huge challenges to food security and health, particularly for poor and marginalised population groups. Co-production of actionable climate information between scientists and users has been advocated to increase its use in climate change adaptation. Consequently, Weather and Climate Services (WCS) co-production models have been expanding, but there have been few evaluations of their effects.

Weather and Climate Services (WCS), i.e. the production, translation, transmission, access to and use of scientific information on weather and climate for decision-making, have been appearing increasingly frequently on research and funding-agency agendas. Such co-production implies a deliberate approach to building relationships and communication channels. Moreover, co-production entails technical features, the creation and incorporation of new knowledge by different stakeholders, and changes in the way their activities are organised.

Power dynamics and negotiations, informal actors and natural environments can influence the dynamics of the innovation, shaped by cross-sector interactions and feedback. The scaling of WCS based on co-production models can be defined as the use and adaptation of this innovation to different scales and sectors, by and for old and new interacting producers, translators, transmitters and users, under new rules and institutions.

The innovation history: From pilot to national scale

The WCS as an innovation have their roots in the 1980 s, when AGRHYMET set up the first national multidisciplinary working group to monitor the agricultural season in response to a devastating drought in the West African Sahel. The first projects which combined climate information and recommendations for farmers and for the fisheries sector started in the 1980s, with the support of the appropriate ministries and foreign aid. The international context led to the creation of a National Committee for Adaptation to Climate Change (French acronym COMNACC), which was institutionalised in 2003 as a sharing platform for government institutions.  In 2009, the National Meteorological Agency started producing forecasts for farmers.

During the first WCS project (2011–2013), so-called promoter farmers were selected to help disseminate weather and climate information and technical recommendations to other farmers. Capacity-building workshops raised local stakeholders’ awareness of the importance of climate information in decision-making and familiarised them with weather forecasting and with the jargon used by forecasters.

Finally, as part of the “Climate Information Services for Increased Resilience and Productivity in Senegal” (French acronym CINSERE) project, the number of multidisciplinary working groups reached 27, most of which are still active today. Voice-based early warning calls in local languages were broadcast for the first time. With the involvement of a private firm, a new broadcasting platform was created, Météo Mbay, with climate information reaching a potential audience of 100,000 beneficiaries through SMS and voice calls on mobile phones.

The National Platform for Dialogue on the adaptation of agriculture and food security to climate change (C-CASA) which involves scientists, donors, and national policy makers, was then created to promote the synergies between key national actors involved in policy orientation and strategies to address climate change.

Finally, different media outlets specialised in resilience and adaptation themes, including the Network of Journalists Associated with Agricultural and Environmental Issues in Senegal, and the Agora30 platform, agreed to pool their efforts to capitalise on the knowledge produced by the increasing number of projects on the subject.

The complex innovation system that emerged

The network of actors who directly or indirectly interacted in the WCS scaling process comprised no less than 161 actors. These actors have been involved in WCS scaling at different levels and with different roles, which have evolved over time. This multiplicity of roles is typical of local institutions involved in multidisciplinary working groups. They deliver knowledge and feedback to the National Meteorological Agency to develop and improve the forecasts and their format; they transmit information through several different channels; they use the forecasts to produce bulletins and to plan their actions.

At the local scale, the main change in practices involves the way actors plan their activities using weather and climate information and associated recommendations. At the national level, some actors were empowered as focal points on climate and environment related issues, others have created new activities to support decision-making by other actors, incorporating weather and climate information.

First, the continuous improvement of WCS sustained the scaling process, which in turn, supported their improvement through feedback between users, transmitters, and producers of information. The National Meteorological Agency improved forecast quality by participating in international research initiatives and adopting new models, but also by incorporating feedback from users concerning the language and formats used.

A second transformative axis is the emergence and consolidation of actors who facilitate the dissemination and use of WCS, making climate information accessible to a broad range of actors. At the national level, this resulted in new communication strategies but also new activities including WCS to support decision-making by other actors.

Locally, the participatory approach of co-production and learning with farmers increased the dissemination of climate information. Community radios became de facto facilitators to the point of reorganising their programmes to broadcast more weather and climate information, and created targeted trailers so that listeners would know when to tune in.

The third axis illustrates how actors incorporate information on climate and weather in their decision-making and action planning. Climate information supports public policy, such as the new Sectoral Development Policy Letter (2016–2025) of the Directorate of Water Resources Management and Planning.

A fourth transformative axis involves the active mobilisation of new actors to sustain the scaling process, particularly at national level. It includes advocacy actions such as a policy brief pledge with administrative authorities to include adaptation in public policies, or the National Meteorological Agency’s pledge to involve a wide range of stakeholders to validate the national Climate Services Framework.

Finally, the fifth transformative axis involves the empowerment of actors in terms of their improved ability to interact and coordinate with other actors, and increased visibility and recognition of their role in WCS or climate change related issues. New interactions to increase resilience of multiple sectors have been created, for instance through projects for the national community radio association and the creation of the Agora 30 platform. At the local level, the multidisciplinary working groups not only triggered new dialogue and coordinated actions, but also increased farmers’ trust in local government agencies, NGOs, technical services and authorities.