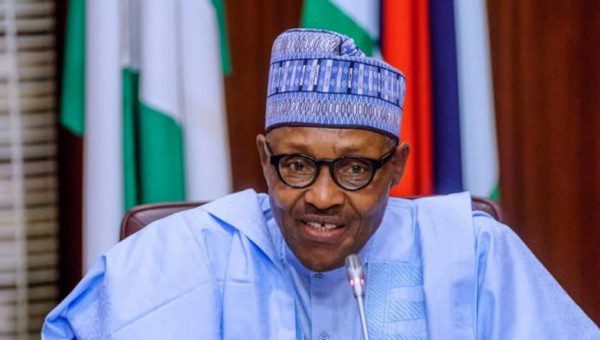 West African regional integration under threat: no leader in sight

It was through a series of tweets on his official account that Muhammadu Buhari, the president of Nigeria, revived the debate on the future of the eco, the future West African single currency. It was to be the currency of the 15 member countries of ECOWAS and to come into being this year.

But the Nigerian president’s tweet confirms a paralysis of the process. “It gives me an uneasy feeling that the UEMOA Zone wishes to take up the Eco in replacement for its CFA Franc ahead of other ECOWAS Member States. It‘s a matter of concern that a people with whom we wish to go into a union are taking major steps without trusting us for discussion”. UEMOA is the French acronym for West African Economic and Monetary Union, which includes 8 countries which has the franc CFA as common currency.

Buhari’s tweets are the latest episode of the long and confusing soap opera that was to end with the death of the CFA franc, a symbol of the special relationship established with France after independence. Carried for two decades by ECOWAS, the single currency project was to be another brick – and an important one – in the construction of a fully integrated economic, political and human community.

Buhari’s tweets are the latest episode of the long and confusing soap opera that was to end with the death of the CFA franc, a symbol of the special relationship established with France after independence.

ECOWAS is now at a turning point. It has certainly succeeded in creating a vast area of free movement for citizens of 15 countries, an area with a common external tariff, a commission based in Abuja, the federal capital of Nigeria, and a series of specialised agencies. It also has ambitious protocols on peace, defence and security, democratic governance, justice and respect for human rights.

Moreover, even though the countries of UEMOA cultivate stronger economic and political ties among themselves, it is indeed ECOWAS that has for decades institutionally embodied the project of a West Africa whose peoples imagine a common future.

ECOWAS has had its ups and downs, and has undoubtedly produced more convincing results in the political and security areas than in the economic ones. Given the structural weaknesses, the political mistakes of the majority of its members and their multiple crises, the record of the regional body is almost miraculous.

But it is now in one of its great moments of weakness. The Nigerian president has raised the spectre of a disintegration of the community if the member countries of UEMOA decide to launch the eco before the other ECOWAS countries, which had collectively chosen the name of the single currency, and without prior consensus on how to proceed.

Last February, Nigeria estimated that the conditions would not be met to launch the eco in 2020 and recommended an extension of the deadline. This was before the Covid-19 pandemic, which plunged the countries of the region – albeit to varying degrees – into brutal economic and financial distress. Nigeria, highly dependent on its oil exports, is severely affected.

The vast majority of the analyses that I read or heard here and there only raise the question of the choice of exchange rate regime, the question of the appropriateness of the single currency in a community that does not constitute an optimal monetary zone, the risk of monetary and financial instability in the event of the birth of an Eco without adequate preparation or the regional geopolitical dimension reduced to a game of dupes between the heads of state of the French-speaking and Francophile countries, led by the Ivorian Alassane Ouattara, and their English-speaking counterparts, led by Buhari. France, again, is said to be maneuvering, with the intention of sabotaging the initial ECOWAS project in order to maintain its influence via a renovated CFA franc, disguised as a sovereign West African currency.

These questions and views are relevant, but they are also reductive. In economic terms, I hear very little about the possibilities for monetary unification to drive structural transformation in the ECOWAS region, with Nigeria as the locomotive. Nigerian economy should not be seen only as an oil-dependent economy. The size of its population (around 214 million inhabitants in 2020) is a powerful factor in the development of agriculture, industry and a wide variety of services through economies of scale. However, one of the keys to West Africa’s economic prospects in the coming decades lies in the region’s capacity to produce the goods and services that will be needed for its rapidly growing population.

If there is one vital priority for the region, it is to create maximum employment and income opportunities today and tomorrow for its tens of millions of young people. Many European, Chinese, American, Turkish and Indian companies have long understood this and have their sights set on the growth of the Nigerian and West African markets. They know that even the poorest people with limited individual purchasing power do consume a lot as long as they are dozens of millions of them. To this must be added the urban middle classes, which are also growing rapidly. The economic challenge of regional integration is the possibility of turning it into a driving force for dynamising and transforming real economies for the benefit of West African populations.

As for the political challenge of the single currency, which I believe is even more important, it is the deepening of solidarity and, ultimately, the construction of an area of peace and security in West Africa. The stronger the links between States, the more we fight in meetings, the more we get to know each other, and the less we want to wage real war against each other.

This is why the debate on the convergence criteria to be met by States before launching the eco or on the assessment of the costs and benefits of the single currency is not the most important as compared with the geopolitical dimension of the project and its long-term transformative potential.

The single currency alone will not solve any of the crucial problems of real economies. But it can be a powerful accelerator of political integration and a welcome step to put an end to the institutional fragmentation of the West African space. The concern is that no one seems to believe in this vision. The current drama lies in the lack of leadership at the regional level. There is no one to champion the Eco project, and the most passionately Francophile heads of state are not the only ones to be blamed.

If ECOWAS has weakened dramatically over the last fifteen years, it is firstly because Nigeria, its only real power, has weakened, mired in its internal security and political crises. Its current president, retired General Muhammadu Buhari, who led the federation under military rule 37 years ago, does not seem to be the most interested in the regional integration agenda.

Let’s not forget the basic facts : Nigeria accounts for 70% of ECOWAS’s GDP and 52% of its population. Ghana and Côte d’Ivoire are far away. Without a Nigerian impetus, there is simply no prospect of accelerating the integration project. It is one thing for France to have some reason to rejoice at the institutional and political fragmentation of the region. That it contributes to this in some way or the other, is equally probable. That all the other medium or large powers have no interest in strengthening African regional blocs to the point of agreeing on the most strategic issues is also obvious.

I continue to believe in the ECOWAS single currency project as a formidable accelerator of political, human and economic integration. But we have to admit that this is the worst possible moment to launch the eco

But if we abandon ECOWAS, so often given as an example on a continental scale, to an unproductive confrontation between francophones and anglophones, it will be the politicians of the region who will bear the ultimate responsibility, and no one else.

I continue to believe in the ECOWAS single currency project as a formidable accelerator of political, human and economic integration. But we have to admit that this is the worst possible moment to launch the eco. The majority of countries in the region are in a security or political crisis with major uncertainties also on the post-Covid 19 economic front.

The urgency is to avoid a total breakdown of trust within the community. And to wait for the emergence of men, or better, women, who see far ahead and really believe in the possibility of doing something beautiful, dignified, strong, exemplary in this part of the world.

Economist and political analyst, Gilles Olakounlé Yabi is the President of the Steering Committee of WATHI, the West African Citizens’ think tank. He has been a journalist and director for West Africa of the non-governmental organization International Crisis Group. The opinions expressed are personal. Special thanks to Teniola Tayo for her contribution to the editing of the English version.