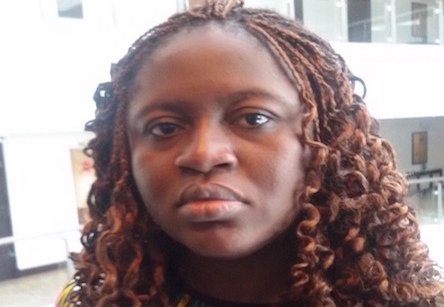 The Boko Haram insurgency in Nigeria is exacting a huge toll on the populations in the north east of Nigeria. Armed Conflict Locations and Event Data Project estimates that the 6,347 deaths resulting from the insurgency in 2014 represent nearly half of all civilian deaths in African war zones. For its part, the International Organization for Migration (IOM) estimates over a million displaced persons as a result of the insurgency. Besides these, properties worth probably billions in local currency have been destroyed; many citizens have lost access to their homes, sources of livelihood, healthcare, etc. The loss is indeed unimaginable. Unfortunately, it is increasing by the day.

One would wish to commend the current leadership in Nigeria for taking steps to enlist the support of neighboring countries of Cameroon, Chad and Niger; reaching out to the international community to work more closely with Nigeria in the important task of winning this war; and the strategic decision to move the operational headquarters of the fighting force to the epicenter of the war. However, it appears that concurrent attention is not being given to the most important actors in this crisis – the ordinary people who have to live with this everyday of their lives.

The primary responsibility of government anywhere is the welfare and security of its citizens. This is more so in Nigeria where the Constitution makes clear provisions to this effect. In the context of its responsibility to protect, the government of Nigeria needs to do more to make its citizens and others within its territory safe. To begin with, they might wish to re-apprise the question of civilians providing security in the conflict zones. This is perhaps the clearest indication that there are gaps in the security architecture with respect to protection.

Some would argue that security is the business of everybody and they may be right to a reasonable extent. However, the provision of internal and external security is primarily the duty of government – in the same way that the state ought to maintain monopoly of the lawful use of force. Where either of these is taken over by actors other than the state, there are bound to be serious consequences in the short, medium and long term.

Obviously, where citizens perceive that government is not meeting their needs, they will naturally resort to self-help. It is in this context that one would want to situate the civilian joint task force (“civilian JTF”) operating in some parts of North East Nigeria. People have lost so much, they have chosen to defend themselves from further losses. This is legitimate. However, there is a sense in which government has to take primary responsibility for how this institution and similar institutions designed to fill the security gap provide essential service.

Managing civilian protection in the context of on-going conflict is more difficult than usual. It would demand taking some extraordinary measures to bring people within a coherent command and control platform. However, given reported abuses, it is crucial to make the best possible effort to do this.

Working with the sub-national/state and military authorities, the government of Nigeria has got to painstakingly enumerate civilian protection institutions in the North – getting the numbers in terms of population and ratio to local community; organizational structure and oversight mechanisms; source(s) of weapons; channels of engagement with constituted military and para-military authorities; rules of engagement, etc. To the extent that it is possible, this information should be documented. This is crucial for a number of reasons.

For one, government has set a timeframe to end this war. The debate about whether this is feasible or not should not detain us here. What is important is that there is a vision to end this at some point. One of the biggest fall-outs of every war is dealing with combatants on all sides – disarming people, debriefing and deconstructing their roles as well as undertaking some rehabilitation and re-integration. It is therefore imperative to determine early enough the scope and framework for this exercise and we cannot do that effectively without a fairly clear sense of information with respect to the issues raised in the preceding paragraph.

It appears that the primary law enforcement institution – Nigeria Police Force – is playing little or no role in the current fight against insurgency.

There is of course the other challenge of keeping the peace when it eventually returns. Loose weapons in the wrong hands post-conflict often escalates crime rates thereby making law enforcement more tedious than it should be. Government has got to keep this in mind as it goes about deliberately taking control of civilian protection. This takes me to a very important but often neglected issue – the role of law enforcement during and after a conflict such as Nigeria is experiencing in the North East.

It appears that the primary law enforcement institution – Nigeria Police Force – is playing little or no role in the current fight against insurgency. There might be good reasons for this but it seems to me that we have to get them fully back in the equation. The military is not trained for law enforcement, the police is. Therefore, the earlier they got involved in the build up to ending this insurgency, the better for the citizens in those areas because they will ultimately be responsible for law enforcement post-war.

Clearly, the challenge of restoring some semblance of normalcy and rebuilding the north-east is enormous but it is not insurmountable. Everybody has got a role to play but government at all levels must provide the required leadership.

Okeoma Ibe
Okeoma is a lawyer and gender advocate from Nigeria. She is also member of the steering committee of  WATHI.