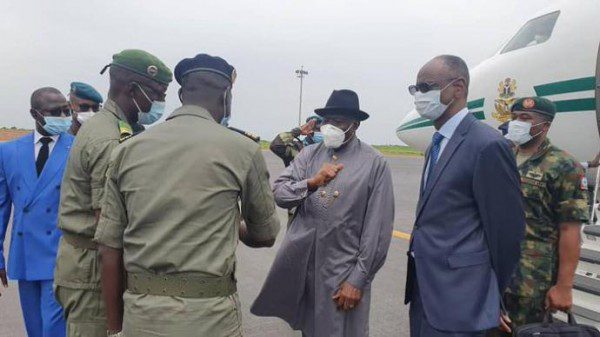 This coup must be analyzed first and foremost in the context of the crisis in Mali. What is urgent today is to avoid making mistakes in defining the modalities of the transition that is opening up after the overthrow of President Ibrahim Boubacar Keïta (IBK). The Economic Community of West African States (ECOWAS) has been insisting on the need to prioritise a return to constitutional order and a swift organization of elections. This implies setting up a transitional period that is as short as possible. This path is unproductive at best and dangerous at worst.

Organizing elections as a way out of political crises, violent conflicts, and periods of transition after a coup d’état is a popular recipe. It is generally the preferred choice of most influential external partners in search of interlocutors who they deem legitimate just because they are democratically elected. The expectation then is that miracles will happen, that political and economic governance will change after an election, regardless of who is elected president, regardless of the quality of the electoral process and the vacuity of political debates prior to elections.

Organizing elections as a way out of political crises, violent conflicts, and periods of transition after a coup d’état is a popular recipe.

IBK was overthrown in August 2020 as was Amadou Toumani Touré (ATT) in March 2012. It is useful to recall that the grievances against him are very similar to those that led to the toppling of ATT. Let’s summarize it as bad governance, despite the drawbacks of this catch-all concept. Thus, the departure of IBK before the end of his mandate opens the door to various scenarios, from the most optimistic, the beginning of a rupture with bad governance, to the most pessimistic, a reversible collapse of the Malian state.

Today, the priority and urgency should be to do everything possible to ensure that the worst-case scenario does not become a reality. Transitional bodies that are acceptable to all Malian actors must be put in place quickly. This should be done through broad consultations between Malian political actors, civil society representatives and the military, with benevolent and informed support from ECOWAS. The decisions of the Heads of State of the regional body, including the imposition of harsh economic and financial sanctions against Mali, have not helped matters either.

The transition roadmap, should provide for in-depth work on adjustments to be made and means to accelerate the implementation of the Bamako peace agreement that resulted from the Algiers process. It should also address the necessity of securing the entire territory and include the institutional reforms that will be incorporated in a new constitution. There is always a strong temptation to defer everything that seems difficult and crucial until after the presidential and legislative elections. In the current context in Mali, this would be – at best – an irresponsible decision.

the transitional period must be seized as a window of opportunity for restoring personal integrity as a fundamental criterion in the choice of those who will be in charge of the highest public functions, whether political or administrative

The third requirement, which is a logical consequence from the previous one, is to use a realistic timetable of implementation of the roadmap as a basis to determine the duration of the transition. Going the other way around, implies agreeing on the duration of the transition, and then figuring out what can be achieved within that timeframe. This undesirable option risks concentrating the full attention of the transitional bodies and of the political actors, and even the military ones, on preparing for elections, and incidentally on how to access the billions of francs CFA that will be poured into organising them.

Finally, the transitional period must be seized as a window of opportunity for restoring personal integrity as a fundamental criterion in the choice of those who will be in charge of the highest public functions, whether political or administrative. We cannot continue to deny the fact that one of the root causes of the political, security, economic, social and educational failures of the Malian State is the trivialization of all forms of illicit enrichment.

A new efficient and benevolent State

There is certainly no recipe for an expedited cleanup of the political scene during a transition period. Nonetheless, the aim should be to emphatically signal a clean break to Malians, by setting up a selection mechanism for members of the transitional bodies, to ensure effective screening in order to exclude all those suspected of illicit enrichment. The vetting process should also aim to keep out all those who have held positions in the defense and security apparatus, who may have in any way been associated with the numerous cases of violence against civilians in the North and Center of the country under the pretext of counterterrorism.

The transition period must mark the beginning of a credible struggle against the culture of impunity. Rushing to hold elections is the surest and fastest way to bring out Mali’s political actors, both old and new, who tend to place personal interest above the general interest.

With its existing human resources, Mali needs to build a new, efficient and caring state as well as a new democratic political system. A transition focused on the rapid organization of elections has no chance to engender a credible and sustainable process that will result in the above.

The original French version was published by Jeune Afrique

Economist and political analyst, Gilles Olakounlé Yabi is the President of the Steering Committee of WATHI, the West African Citizens’ think tank. He has been a journalist and director for West Africa of the non-governmental organization International Crisis Group. The opinions expressed are personal.