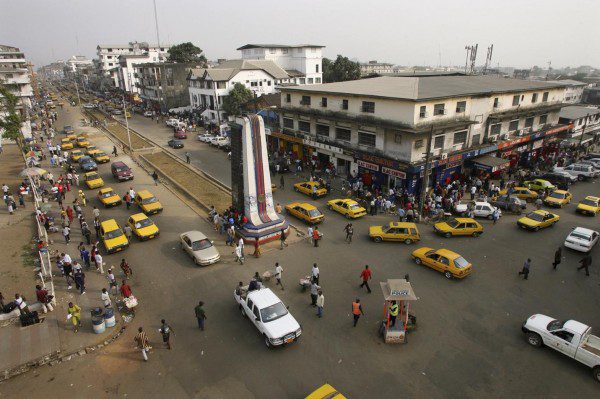 The ongoing City Car Parking initiative which started in Monrovia in 2011 provides an example of how an institutionalized and financing mechanism at both national and local levels can be a viable and sustainable investment option for high employment potential. The initiative was launched in Monrovia by the City Corporation of Monrovia with the aim of addressing the huge traffic congestion in the city and also to provide employment opportunities for young university students who are constrained by unemployment and lack of financial support to pursue their education.

The Initiative has sought to provide direct employment for over 700 school-going youths, a means of contributing to the country’s Poverty Reduction Strategy (PRS) under the then leadership of Former President Ellen Johnson Sirleaf. As of now, the scheme has created jobs for over 1,000 young university students. The students, in order to go to school, are working twice a week and are paid at least US$65. This is intended to enable them raise money and pay their tuitions and go to school in order to realize their respective dreams as precious jewels of Liberia.

Additionally, the scheme is aimed at curtailing traffic congestions, creating safe space for business clients, customers and the working class, as well as pedestrians. Prior to the second term of President Sirleaf, the streets of Monrovia were congested with vehicles and without regulations. In view of the aforementioned, revenue sharing partnership agreement was signed between the City Government/Monrovia City Corporation (MCC) and Private firms to manage the parking spaces on the streets and introduce a parking fee per hour across the city. The fee was initially 50 Liberian Dollars per hour but was later reduced to 30 Liberian Dollars due to angry reactions from vehicle owners. Accordingly, the city limits were defined to control the huge traffic congestion and also curtail the increased abandonment of vehicles on the principal streets of Monrovia.

Financing of the Initiative

In order to not discourage the general public due to pricing and to conform to the objective of the City Parking Scheme (which was not intended for profit making, rather to provide job opportunity for youthful college going students and decongest the traffic), a financing mechanism model was adopted. This business model initiative allowed private institutions to compete through a bidding process for the management and operation of the venture. Institutional funds were used to initially finance the initiative while at the same time strategizing the ways and means through which the enterprise can remain viable and sustainable.

The Initiative has sought to provide direct employment for over 700 school-going youths, a means of contributing to the country’s Poverty Reduction Strategy (PRS) under the then leadership of Former President Ellen Johnson Sirleaf

At the end of the bidding process, the Liberia Services Corporation Incorporated (LSCI) and the City Parking Management (CPM) were the successful businesses that won the contract. According to the service agreement signed between the MCC, LSCI and CPM, it is stated that the contract shall last for a period of five years and shall be subject to renewal on terms and conditions agreed by both parties. In the agreement, it is indicated that the LSCI and CPM shall be entitled to 75% of proceeds obtained from managing services while the MCC gets 25%. The parties agreed that for consideration of the labor equipment materials and services to be provided by the CONSULTANT, the City Corporation will receive $136,000 USD on an annual basis, before any money is shared. The Consultant shall be paid seventy-five (75) percent of all proceeds obtained from managing services outlined in this agreement. The City Corporation shall in turn receive twenty-five (25) percent of all proceeds generated from these services. Payment to the parties shall be done on a monthly basis. The twenty-five (25) percent revenue generated from the initiative by the Government is used to ensure that Monrovia City maintains its “Clean, Green & Save” status.

The institutionalization happened as a mutual agreement between the Monrovia City Corporation and service providers, selected through a participatory bidding process. The Monrovia City Corporation has the sole responsibilities for, and to ensure the proper collection and disposal of garbage within the limits of the City of Monrovia, so as to enhance not only the beautification and orderliness of the City, for also conductive sanitation (MCC 2010). Being challenged with inadequate human and logistical capacities, the corporation has been inundated in the task of its mandate leading to myriad problems including congestions, untimely and poor disposal of garbage and waste, poor management of sanitation, etc.

Being a national institution, the corporation also has a social responsibility of catering to the need of society. A revenue sharing scheme wherein an agreement is reached between the service provider and the city corporation provides a viable option in this direction. Institutionalization of this arrangement has resulted into the signing of a memorandum of understanding (MOU) between the city corporation and the service provider. This was further reinforced after an initial disagreement between the City Corporation and the National Legislature over the fees to be charged per parked vehicle turned out to be a blessing due to finding an affordable price for the public. The price was no longer an imposition but a consensus by all parties.

The twenty-five (25) percent revenue generated from the initiative by the Government is used to ensure that Monrovia City maintains its “Clean, Green & Save” status

Sustainability of the Initiative

The initiative from every indication shows great potential for expansion. With such expansion lies the key for sustainability. Sustainability of the city parking is to be thought of in terms of how the enterprise continues to remain viable and serves the needs of the youth by continuously providing opportunities for employment and at the same time catering to the problems it was initially intended to address. Several areas for sustainability of the venture can be considered. However, the government’s policy pronouncement on expansion and paving of all countries capital under its current development plan, dubbed “Pro-poor Agenda for Prosperity and Development (2018 – 2023)” provides an ideal proposition for the anchorage of the sustainability case.

If the policy pronouncement is anything to go by, the linking of county capitals by improved roads and the pavement of streets in these county capitals will increase the flow of vehicular traffic into the various cities in the counties. Subsequently and overtime, economic activities will experience an increase in these cities thus leading to the same kind of social problems that is now being experienced in Monrovia which necessitated the city parking program. It can be inferred from this brief analysis that eventually, with the increase in economic activities across the counties, the demand for service providers will thus proportionally increase the magnitude of the problem. An increase in service providers will mean an increase in employment opportunities for youths across the country. Over the long run, the initiative will continue to self-sustain as economic activities continue to expand in the fifteen (15) counties of Liberia, thus sustainability.

Potential risk/challenges to the initiative

To conclude, the following would suffice as part of potential risk/challenges:

a) Government, the Monrovia City Corporation (MCC) might likely takeover from private service providers – now that the scheme has become a lucrative venture, the risk of Government of Liberia or the Monrovia City Corporation refusing to renew the contract term of private parties involved in the project is high. The Government of Liberia is currently experiencing a tight fiscal space and will like to utilize every opportunity of collecting additional revenue. But the major problem to this is, whether the Government functionalities involved in municipal governance are sophisticated enough to properly manage the project.

b) Conflict of interest – now that the new Government is under immense pressure to provide jobs to her supporters, this might be a forum where non-partisans may be laid off and jobs provided to partisans; such a practice might defeat the very essence of the program. Subsequently, some youth might go back on the streets to distort social orders.

c) Rising population and limited absorptive capacity – cities that are piloting the project have experienced an offshoot in their population growth at the same time with limited or no improvements and expansion in municipal parking infrastructure and management. If this trend continues, the medium to long-term risk might disenable service providers to respond to the needs of a growing population.

e) Constitutional provision on collection of levies – as enshrined in the Liberian Constitution, it is only the House of Legislature that has the right to levy taxes. Now that the current service providers are contractors, hence do not have legal right to tax customers, this might cause future litigation against the City Authority and the service providers if challenged legally.

Foday Couch Bayoh, Jr is a Governance Specialist with the Ministry of Finance & Development Planning in Liberia. As a Specialist, his role has been to coordinate the implementation relating to the Governance and Transparency Pillar of the Government’s Pro-poor Agenda for Prosperity and Development (2018 – 2023). Foday holds a Master of Science in Governance & Regional Integration from the Pan African University in Cameroon.

Saliho A. Donzo is an Economist and a Development Research Specialist who works at the Ministry of Finance & Development Planning as an Assistant Director for Planning & Research. He has a Master of Arts Degree in Economic Policy Management from the University of Ghana.