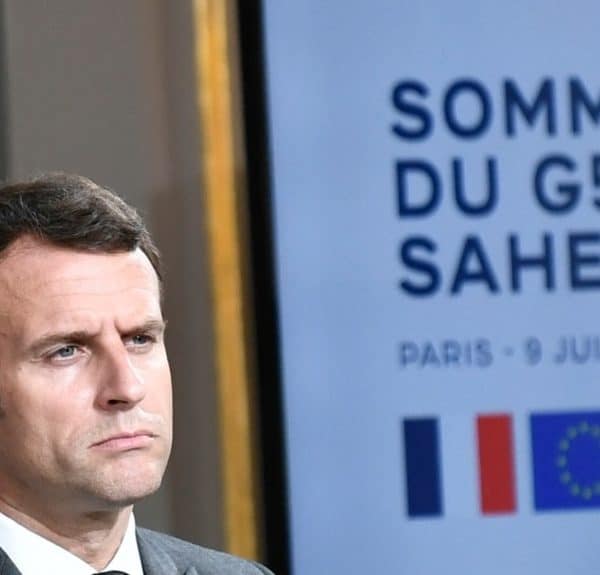 From Assimilation to Dissociation: the last vestiges of France’s colonial legacy in West Africa?

Considering France’s colonial legacy in West Africa and its recent debacle with countries in the Sahel region, an old Yoruba proverb rings through my mind “Òosà bí ò le gbè mí, șe mí bí o șe bá mi” – which loosely translates to “a deity that cannot improve one’s life, should at least leave it as it is.” With events spanning from the subtle shades of anti-French protests and online petitions, alliance with the Commonwealth of Nations by former colonies (like in the case of Gabon and Togo) or an outright severing of ties (as in the case of Mali), amongst others, it seems evident that Francophone colonies are engaging in a deliberate dissociation from France.

In line with the epoch’s trend, most French colonies gained political independence in the 1960s. France, however, maintained a firm hold on their economies and continued to influence political outcomes. To date, French military presence in its former colonies is not an oddity even in countries with no ongoing civil and political unrest like Senegal. In addition, the Central Bank of Francophone West African States had to deposit half of their foreign exchange reserves with the Bank of France till December 2019 when the Macron-Ouattara reforms to end this arrangement were announced.

In 2013, France deployed soldiers and mobilized funds in aid to Mali, who, in 2012, became caught in the throes of jihadist attacks and violent extremism. While France was hailed by some as a saviour, others postulated that the anti-jihadist crusade was a pretext to increase French presence in former colonies. In spite of French presence, almost a decade later, the menace has spread all over Mali to other Sahelian countries. Despite the French government’s continued support with troops and funding, there has been a deepening of the violent extremist crises in Mali like in Burkina Faso.

At the root of the August 2020 coup in Mali and the four other coups across the Sahel since 2019, are strong anti-France sentiments and a widespread condemnation of the civilian government’s propensity to lean towards France and its objectives at the expense of the local population. Following the ousting of former Malian President, Boubacar Keita, a political cascade of events and power moves between Mali and its former colonizer has unfolded. With the most recent being Mali’s accusation that France trains and arms  “terrorists” in Mali instead of fulfilling their mission of ridding the country of extremists. Arguably, these events could provide valuable insights to one of most recent pressing questions in West African geopolitics – the resurgence of coups d’état in the sub-region.

In line with the epoch’s trend, most French colonies gained political independence in the 1960s. France, however, maintained a firm hold on their economies and continued to influence political outcomes

In what some may decry as the dwindling of West African democracy, and others perceive as a crisis that “cement(s) the Sahel as the most pronounced center of a global crisis”, coups are resurging in the Sahel. Governance failures like economic stagnation/regression, staggering social income poverty and (youth)unemployment, security breakdown, and corruption have been indexed as the primary causes of this phenomenon. External factors like foreign interference and lack of an effective regional response to previous coup attempts are also considered fault lines. Though these arguments are not without merit, they are insufficient to explain contemporary West African geopolitics. In this piece, it is my view that the colonial legacies inherent in modern governing systems and the unending neo-colonial scramble for Africa underpin the Sahel’s recent turn to coups.

Despite differences in demography, geography, economy, amongst others, of remarkable commonality is the shared colonial history of the countries in which the recent coups took place. The shared colonial experience of these countries is not mere coincidence, but an indication of a larger pattern and complexity that should lead us to reflect on the nature and extent of France’s relationship with its former colonies. One may argue that Senegal, though colonized by France, has remained the exception to the scourge and has indeed been qualified as one of the most stable democracies in West Africa. However, the coastal country has had its own fair share of violent unrest and mass protests, with the most recent being in 2021 while I lived in Dakar, its capital city.

Though I am not one to blame the entirety of Africa’s woes on colonialism, one cannot aim to objectively analyse the resurgence of coups in West Africa without referencing colonial legacies which seem to continue to weigh heavily on West Africa and the Sahel in particular.

Democracy as a colonial legacy in West Africa

The practice of western democracy in West Africa, besides been nascent dating back to the independence movement – 1960s – has been superficial at its best. Therefore, solely explaining the seeming resurgence of coups as a breakdown of democracy – an institution that was never fully-fledged or consolidated – is insufficient at best and misleading at worst. The recent trend of coups in West Africa can be explained as the inevitable consequence of imposing neo-liberal models of governance on countries that had not naturally developed the culture nor practices necessary to sustain such a model. The popularity of the majority of these coups also indicate that they are a natural revolt towards a perceived complicity of colonial influence not only in creating but also in perpetuating sufferings. The attempts at coup in West Africa are thus an attempt to go back to an elusive pre-European status quo.

At the root of the August 2020 coup in Mali and the four other coups across the Sahel since 2019, are strong anti-France sentiments and a widespread condemnation of the civilian government’s propensity to lean towards France and its objectives at the expense of the local population

Though there seems to be an active dissociation from the French government and its policies, it is evident that Francophone Africa is searching for new allies in the geopolitical landscape. Though countries like Mali are beginning to expel French military, they are welcoming Russia’s Wagner Group with open arms despite Russia’s evident expansionist ambitions and tendencies. Furthermore, if the situation in Central African Republic, where mercenaries from the Wagner Group were recruited, is anything to go by, a Russian alliance may not solve Mali’s problems. In fact, the Wagner group’s intervention is likely to worsen the situation in Mali.

Besides the quintessential urgency for good leadership, what Africa needs are not benevolent saviours but allies that recognize Africa’s potential and consider African countries as equal partners and not as countries with lands to pillage and resources to plunder.

A PhD candidate at SOAS, University of London, Pelumi Obisesan is interested in research themes around the impact of conflicts and crises on women and girls in Sub-Saharan Africa.

Using a decolonial feminist lens, her current research focuses on women’s experiences and perspectives of transitional justice measures implemented against the background of the Boko Haram crises in the Lake Chad Basin.

You wrote: “In addition, the Central Bank of Francophone West African States had to deposit half of their foreign exchange reserves with the Bank of France till December 2019 when the Macron-Ouattara reforms to end this arrangement were announced”.

It’s true that ths arrangement has been “annunced”, but to date nobody knows if it has ever taken effect. Nobody knows the details of the “arrangement”. So, I tend to think that nothing actually changed.