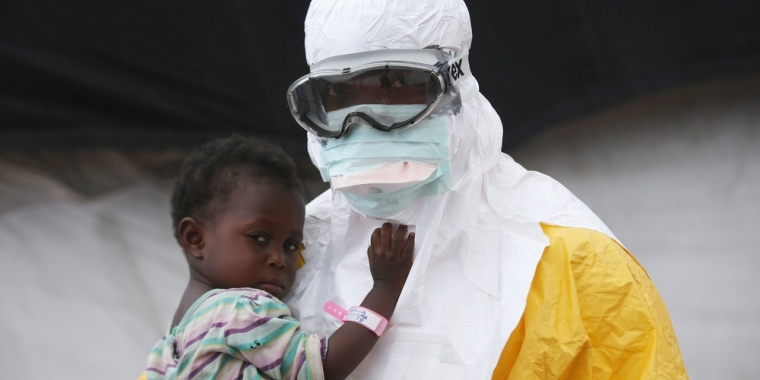 Over the past few weeks, WATHI has delved into one of the most devastating health emergencies in West Africa: the Ebola virus. Since late 2013, the spreading of the epidemic has made over 11,000 victims in the region, with an immense majority of the deaths recorded in Liberia, Sierra Leone and Guinea. This unprecedented crisis has led a multitude of international humanitarian actors to intervene in the countries most affected.

Although health-specialised NGO Doctors without Borders (MSF) warned about the Ebola epidemic in April 2014, the situation in West Africa only caught international attention later that year when the World Health Organisation (WHO) declared Ebola an “international health emergency”. Following the first confirmed cases in the United States and Europe, President Obama announced the deployment of 3,000 troops in Liberia to build Ebola treatment centres. In addition to investing in confinement centres, the humanitarian response focused on the (unsuccessful) search for a vaccine and on avoiding international contamination by closing borders and restricting the movement of people travelling from affected countries.

This type of response, exclusively based on security terms, cannot overcome the lack of structural capacities. Indeed, just like for other diseases such as HIV, tuberculosis and malaria, international health policy-makers have favoured rapid and visible solutions that can be easily measured, rather than long-term investment in functioning national health systems.

This security-based approach to epidemic response is particularly problematic in the context of the Ebola virus. In Liberia for example, there were fewer than fifty doctors working in the public health system before the outbreak of the virus, which equals to one doctor for every 100,000 people. In addition to the lack of medical staff, critical equipment such as oral rehydration salts, intravenous fluids and blood products were also very rare in the countries most affected by the virus. But in other countries of the region, hundreds of deaths were avoided thanks to strong disease surveillance systems.

In Nigeria, where “only” eight lethal cases were recorded, an emergency command centre was already in place as a result of the long fight of the country against polio. When Ebola first hit, a team of 40 Nigerian doctors trained in epidemiology was reassigned to treat the first patients showing symptoms of the disease and another 1,800 health workers were quickly trained. The differences in outcomes between Nigeria and countries of the Mano River highlight the need to construct resilient health systems able to self-manage future outbreaks of the virus.

In order to build resilient health systems, countries from the region should implement the following recommendations: