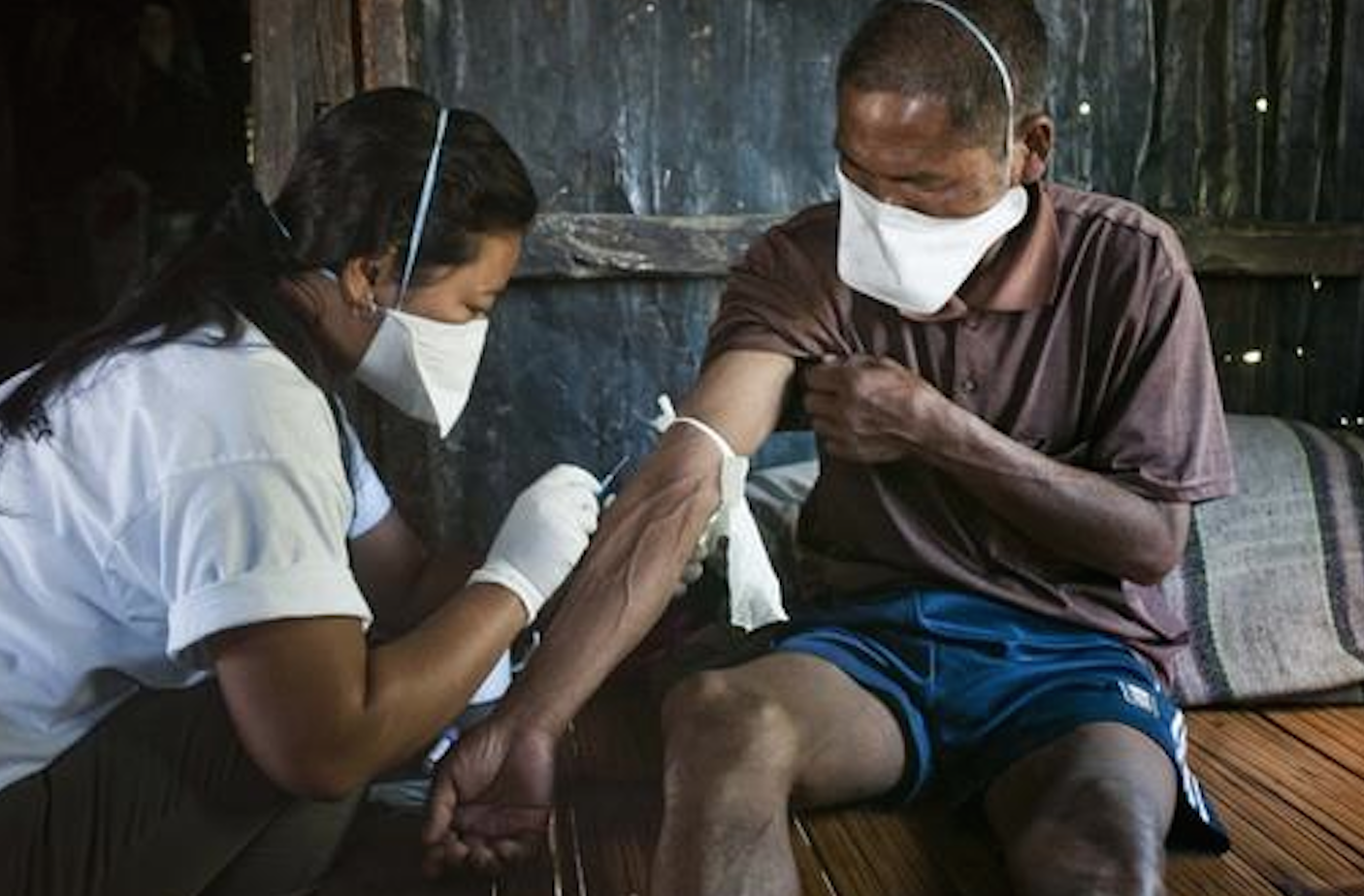 Chronological timeline of the Ebola crisis

28 December – A 2-year old child dies of an unidentified haemorrhagic fever in Guinea, followed by three other members of his family. Mourners and a health worker carry the virus to nearby villages.

22 March – Guinea confirms 59 cases of death due to the fever, which has been identified to the Ebola virus, a disease already present in Central Africa since the 1970s.

28 March – Two Ebola cases are reported in Liberia among people who have recently been to Guinea.

1 April – Health-specialised NGO Doctors without Borders (MSF) warns that Ebola’s spread is “unprecedented” while the World Health Organisation (WHO) says it is “relatively small still”.

4 April – An Ebola treatment centre in Guinea is attacked by an angry mob and health workers face increasing hostility from fearful and suspicious locals.

26 May – Ebola reaches Sierra Leone as WHO confirm the first deaths from the virus in the country.

20 July – Ebola spreads to Nigeria, as a Liberian government employee travelling to Lagos dies from the virus.

27 July – Liberia shuts down most of its border crossings.

30 July – MSF declares Ebola “out of control” and Liberia closes its schools.

2 August – United States missionary doctor Kent Brantly is flown to Atlanta for treatment after having been infected by Ebola.

12 August – After some debate, WHO gives its cautions blessings to the use of experimental drugs to treat Ebola.

20 August – Security forces in Liberia fire shots and use tear gas to disperse a crowd that tried to break out of quarantine.

27 August – MSF calls the international response to Ebola “irresponsible, slow and derisory”, saying that health services in affected countries need to be bolstered with operational support.

28 August – WHO warns that the Ebola outbreak could infect more than 20,000 people.

29 August – Senegal becomes the fifth country hit by Ebola, while riots break out in Guinea over rumours that health workers are deliberately transmitting the virus to locals.

3 September – Health officials confirm that the epidemic has accelerated with a death toll of more than 1,900 people, including 400 deaths in the past week.

5 September – The United Nations (UN) announces that it would take six to nine months to stop the virus from spreading.

16 September – Barack Obama announces that the US will send 3,000 troops to West Africa to build Ebola treatment centres and establish a military coordination centre.

18 September – The UN Security Council declares that the Ebola outbreak is a “threat to international peace and security”.

19 September – Sierra Leone launches a three-day shutdown to contain the virus and places three districts under quarantine, thus encircling a third of the country’s population.

23 September – UN Centres for Disease Control and Prevention estimates that between 550,000 and 1.4 million people could be contaminated by Ebola in January 2015.

26 September – WHO puts the death toll at 3,901 out of 6,574 suspected cases with Liberia, Guinea and Sierra Leone being the hardest-hit countries.

29 September – The first case of Ebola death in the United States is reported and two American nurses are then tested positive for the virus.

7 October – A Spanish nurse becomes the first person to contract the virus outside West Africa, thus raising concerns over Europe’s state of readiness to deal with Ebola.

8 October – The UK announces it will send 750 troops and a hospital ship to Sierra Leone to help combat the spread of Sierra Leone by establishing Ebola treatment centres.

17 October – The UN announces that it has received 38% of the aid it has appealed for ($1 billion). Senegal is declared Ebola-free.

23 October – Mali confirms its first Ebola case. Two of the world’s biggest pharmaceutical companies announce that they hope to make vaccines available to health workers by the end of the year.

6 November – Australia announces it will establish a 100-bed treatment centre in Sierra Leone and will send 50 volunteers while also training local medical staff.

12 November: Hundreds of health workers involved in treating Ebola patients in Sierra Leone go on strike to protest against the government’s failure to pay an agreed weekly payment.

14 November – WHO announces that 5,160 people have died from Ebola across eight countries, with the virus still spreading quickly in Sierra Leone, but seemingly slowing down in Liberia and Guinea.

16 November – G20 leaders urge the World Bank and the IMF to continue their efforts to tackle the outbreak and welcome another $300 million for that purpose.

19 November – Dr Rick Brennan, in charge of the WHO Ebola response, says drug companies are reluctant to invest in a cure for the disease due to a lack of financial incentives in Africa.

8 December – Sierra Leone overtakes Liberia as the country with the highest number of Ebola cases.

13 February – An official audit in Sierra Leone reveals that 30% of internal Ebola funds ($5.7 millions) have not been properly accounted for.

22 February – Liberia is declared free of outbreak and thus lifts nationwide curfews and re-opens its borders.

20 March – A woman dies of the virus in Liberia, a month after the announcement that the country had eradicated the virus.

9 May – Liberia is declared Ebola-free, although several scientists warn that the virus could become an ever-present disease in West Africa, occasionally re-emerging from wild animals.

20 May – WHO announces that new cases have spiked higher in Guinea and Sierra Leone where officials berate people who flouted quarantine restrictions.

31 July – WHO announces that an Ebola vaccine provided 100% protection in a field trial in Guinea, suggesting that the world is “on the verge of an effective Ebola vaccine.”

3 September – Liberia declares the end of its second outbreak, after managing to go 42 days without new infections.

7 November – WHO declares the end of the Ebola outbreak in Sierra Leone, after 3,900 people died from the virus.

22 November – The virus reappears as a fifteen-year old boy dies in Monrovia.

22 March – According to WHO, Guinea, Liberia and Sierra Leone are “effectively managing” Ebola flare-ups as prevention, detection and response capacities have expanded.

29 March – WHO announces that Ebola is no longer a “public health emergency of international concern” but calls onto affected states to remain cautious about future infections.

1 April – Two new cases of Ebola are declared in Liberia, confirming that the country still needs to manage frequent flare-ups of the virus.

5 May – At this point, a total of 28,616 confirmed, probable and suspected cases have been reported in Guinea, Liberia and Sierra Leone, with 11,310 deaths.