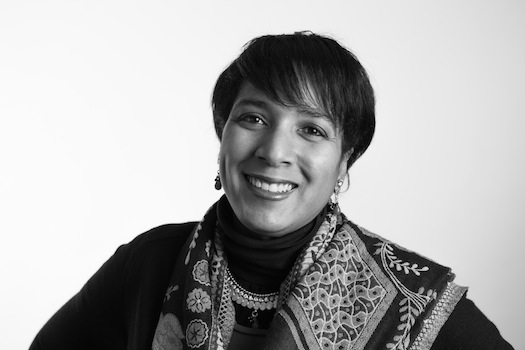 Not an exhaustive document of CVE activities, this paper in four parts explores community-based initiatives being implemented around the world, with focus placed on Australia, Kenya, and the United States, as they represent different challenges.  This paper does not provide analysis regarding political or military strategy within Nigeria, the region, or other countries. It does not profess to provide all of the solutions to countering violent extremism in Nigeria and the region.  The purpose of this paper is to be a framework to foster dialogue regarding various ways in which local citizens, religious institutions, and NGOs can address violent extremism.


Innocent men, women and children who live in northern Nigeria, and in the bordering countries of Chad, Cameroon, and Niger have lived in terror, as the group, Ahlis Sunna Lidda’awati wal-Jihad (People Committed to the Propagation of the Prophet’s Teachings and Jihad), commonly known as Boko Haram, continues to kidnap and murder moderate Muslims and Christians, and others at churches, mosques, schools, markets, lakes, and in their homes. Founded in 2002 by Mohammed Yusuf [i], the group has killed more than 17,000 people since 2009.

Almost daily through various media, new attacks inflicted by Boko Haram are reported.  At times employing children— both boys and girls as young as 10 years old— as suicide bombers. During the month of Ramadan this year, Boko Haram stepped up attacks and killed hundreds of people during the sacred month [ii]. Many people came under assault on the day of Eid as terrorists killed men and boys while attending prayers, and simultaneously attacked women and girls who were at home [iii].

Like many groups of organized crime or terrorism, Boko Haram primarily recruits youth who are disenfranchised, impacted by extreme poverty, and uneducated; as well as those who lack true Islamic education and become victim to the incorrect interpretation of Islam promulgated by the group. While there are some members who are affluent and educated, most fall into the previous category, and are primarily from the northern part of Nigeria.

In a 2014 study funded by the United States Institute of Peace, it found that,

The lack of deep knowledge of true religious teaching is partly related to three observable dangerous trends in the recent practice of religion in Nigeria: the proliferation of sects in both Islam and Christianity, the proliferation of independent preachers in both religions, and the increasing reliance on preachers rather than on the holy books themselves. As a result, young people are very vulnerable to recruitment and radicalization by independent and roaming preachers, extremist groups, and religious ideologues, who often distort religious injunctions [v].

For both impoverished youth and educated adults in many parts of the world, the belief and experience of corrupt political systems makes ideologies like these appealing.

Extreme poverty, coupled with a lack of religious teaching makes it relatively easy for children to be recruited for $5,000 Naira ($30USD) to set schools on fire, spy on soldiers, and traffic weapons [vi]. For both impoverished youth and educated adults in many parts of the world, the belief and experience of corrupt political systems makes ideologies like these appealing.

As Boko Haram is a regional and international concern, other countries have offered assistance in this effort to fight them. Earlier this year, the United States allocated $34M to fight Boko Haram in Nigeria, and an additional $5M towards the multinational strategy. In addition, the United States, African Union, and other countries have pledged support to the Nigerian government. A regional force of 8,700 troops from Nigeria, Chad, Cameroon, Niger, and Benin has also been established to fight Boko Haram [vii]. At the writing of this paper in September 2015, the Nigerian military is gaining momentum in defeating Boko Haram in the country [viii].

In reality, Nigeria and the region will continue to grapple with fully eradicating Boko Haram over a period of time, and this paper explores how citizens and local non-government organizations (NGOS) can proactively support current efforts in countering the violent extremism (CVE) perpetuated by the group, as well as prevent the influence of future extremist groups, while encouraging a pluralistic society.

What is it to counter violent extremism (CVE)? To employ policies and methods in order to reduce and eradicate the possible influence and impact from individuals who support or commit ideologically-motivated violence to further political goals. There are a range of methods in CVE, which may include religious education, workforce development, or interfaith dialogue.

an identified factor that may lead an individual to becoming radicalized typically does not lead the majority of people who are affected by the same factors to become violent extremists.

As this paper cites examples of community-based strategies to counter violent extremism in other countries that may be applicable in Nigeria and the region, it is critical to state that an identified factor that may lead an individual to becoming radicalized typically does not lead the majority of people who are affected by the same factors to become violent extremists. This is true in all of the contexts presented. Therefore, the purpose of this document is not to generalize about influences that may lead a person to violence and then put forth strategies to counter that, but to share and encourage a discussion regarding a range of possibilities that could be developed within the Nigerian context that are taking place in other parts of the world.

Few countries in the world are not impacted by domestic and international terrorists. The following are examples are from three different countries that are employing initiatives to counter extremists who commit acts of violence in the name of Islam.


The Muslim population of Australia is diverse and estimated to be a little over 380,000 people or 2% of the total population [ix]. Socio-economically marginalized in terms of employment, media representation, and political representation in Australia, it is believed that these, along with other factors, contribute to violent extremism perpetuated by some Australian Muslims. Concerned about the growing influence of international terrorism in other parts of the world, and the Australian Muslim population’s reliance on imported imams, the Australian Government convened the Muslim Community Reference Group in 2005 for advice on addressing domestic or “home-grown” terrorism.

The intergenerational group put forth three recommendations for prevention:

1) education, including Islamic education for imams;

3) interfaith/intercultural relations. Some of these interventions are addressed in parts 2 and 3 of this paper.

Kenya and Horn of Africa


Kenya, located in east Africa has a significant Muslim population. Approximately 30% or over 8 million people are Muslim [x]. For several decades, there have been violent struggles for various reasons in the country not to be explored within the context of this paper. In recent years, the Kenyan government and other countries, such as Uganda, the United Kingdom and United States, have been directly affected by the violence perpetrated by the terrorist organization, al-Shabaab (Harakat al-Shabaab al-Mujahideen) [xi].

The group developed in the early 2000s in parallel to and later in partnership with the Union of Islamic Courts (UIC) that overran the capital of Somalia, Mogadishu, and installed themselves as administrators over Mogadishu and much of the country in 2006.Al-Shabaab comprised the young, radical armed wing of the UIC; their full name translates to ‘Movement of Jihadi Youth’ [xii].

In a 2013 study regarding radicalization in the Horn of Africa, the study determined that supporting grassroots efforts that are “high-impact civic education, empowerment, leadership, and entrepreneurial initiatives for marginalized populations” is critical in alleviating some of the socio-economic factors that may lead a young person to become radicalized [xiii]. In February 2015, the White House held a Summit on Countering Violence Extremism, and in June 2015, the Kenyan government hosted a follow-up meeting, Deepening Cooperation to Countering Violence Extremism.

As the meeting covered several broad areas from radicalization and recruitment to private and NGO partnerships, key outcomes [xiv] relevant to this paper were:


Like Australia, Muslims in the United States are diverse, however circumstances are different. Many American Muslims are educated and rank higher in terms of economic status than the national average. Although many American Muslims come from various immigrant communities, the single largest sub-group is African-American Muslims; many of whom are converts, or whose parents or grand-parents converted as adults. Also, while African-American Muslims and other Muslims of sub-Saharan African descent experience the ongoing effects of racism, many Muslims from other racial groups rarely experienced blatant discrimination while navigating the American social ladder before September 11, 2001 (9/11).

After this horrific event, the attitudes of many non-Muslim Americans became more aggressive towards Muslims and new policies for countering violent extremism were instituted. Various policies at the federal, state, and municipal levels were created and have been revised over time. In August 2011, the White House released a document entitled, “Empowering Local Partners to Prevent Violent Extremism in the United States” [xv]. The document puts forth various strategies for empowering local partners, such as to “foster community‐led partnerships and prevention programming through expanding community‐based solutions,” and providing communities with “information and training, access to resources and grants, and connections with the philanthropic and private sectors.”

While it is important for the government to partner with community leaders and organizations in CVE, this can be a challenge for community members. Sahar Aziz [xvi] asserted that such initiatives must continue to:

1) “protect individuals ability to exercise civil and human rights without the fear of state retribution”;

2) “protect them [Muslims] from hate crimes”; and

3) “be careful not to perpetuate existing disparities within Muslim communities along gender, age, class, and race. Insensitivity to internal tensions risks placing the government as an enabler of intracommunity gender bias, intra-community ethnic conflicts, and class divisions.”

Part 2 | Examples of Community-Based Strategies in CVE: Countering the “Narrative”

Harriet Lewis
Dr. Harriet Lewis is Founder/Principal of Konesens Development, an NGO/governmental consultancy specializing in organizational development and research; and Senior Director at the Inner-City Muslim Action Network in the United States. Her research interests include human rights, gender equity, sustainable tourism, and interfaith social action.  She may be reached at harriet@konesensdevelopment.com. Harriet Lewis is a member of WATHI.
Suite