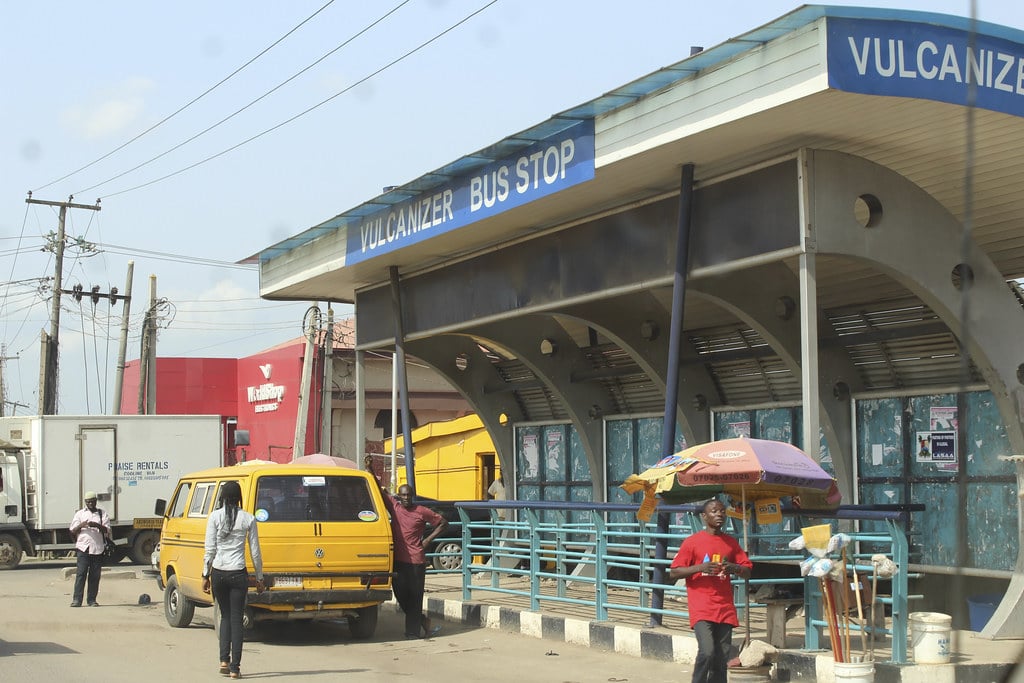 It’s funny how now; I’m well, you know, an exotic, full service, knowing-Lagos-more-than-google-maps freelance chauffeur. I know that those who know me may find it hard to believe but I wasn’t always this savvy about the ins and outs and the nooks and crannies of this immense cosmopolitan.

My name is Dimeari, and once, not so long ago, I was not a freelance chauffeur.

In the dark, dark days of my ignorance, I was young; brimming with confidence and excitement, optimistic and thrilled by the thought of traveling to The Lagos!

But my enthusiasm was somewhat doused by the perturbing avalanche of advice from overbearing relatives who felt it was their sworn duty to share their experiences of Lagos from 1978 and to prepare me for the harsh reality of existence in the cannibal city where the weak pray and the strong prey on the weak. The meek do not inherit the earth in Lagos. Blessed are the poor in spirit? You joke!

Now it is imperative that I highlight some of the warnings I was given about Lagos so that you can understand the rationale behind some of my actions;

In the dark, dark days of my ignorance, I was young; brimming with confidence and excitement, optimistic and thrilled by the thought of traveling to The Lagos!

So armed with these tools I clambered into a bus from Choba and I made my way towards the land of dreams and opportunity the land of excellence, the land of touts and louts, of bustle and scams, of witless drivers and non-stopping buses all orchestrated in a deep eerie symphony of Yoruba chatter.

At about 5pm I arrived at my first bus stop, Ojota.

OJOTA
Now after alighting at Ojota, my instructions were simple, enter a bus going to Yaba.

You do not know how difficult that simple act can be. Now for those of you who do not know, let me explain a thing or two about Lagos buses;

So I stood at Ojota, waiting for a bus going to Yaba. The first bus came, a yellow mêlée of rust and dirt with a slim, ruffian hanging from the open door wildly chanting in a deep gruff voice “Marycanyaboyibo!” “Marycanyaboyinbo!!!”

Now to my mind, this was some leftist sub-roman catholic group protesting neo-colonisation or something hence the reference to the Holy Mary abusing the derelict white man! In my heart I cheered him on!

This went on for well over an hour! But I couldn’t ask anybody for directions because of instruction number 2- never let anyone know you’re new to the city! What with my bag and all, I would scream “newbie!” if I asked anyone! So I stood there exhausted and hungry till a woman who I just bought water from asked me where I was going and I replied “Yaba” and she laughed and said “No be Yaba bus they pass anyhow so?”

I turned and just at that moment a bus came along and for the first time I heard it “Maryland Yaba Oyinbo!!!”

I didn’t have time to react! Buses don’t stop in Lagos! So I immediately flew into action! I flung the bottle water away and in one sweeping movement jacked up my luggage and tore toward the edge of the road! Locking my arms above my head as a shield I dove head first into the side of the oncoming bus! I crashed into the passengers who were in the bus! They all burst out in exacerbation and rage! Their reaction confounded me a lot as they ought to be used to this. The man on whose lap I had landed cursed as he struggled to get me off his lap but I was not to be shaken.

To my genuine surprise, I noticed that the bus was slowing to a halt. The bus stopped a few feet beyond where I had been standing and three passengers alighted. The man on whose lap I had landed was also alighting. Climbing out of the bus for him to come down and climbing back in was one of the most humiliating twenty seconds of my life.

ALAGOMEJI
Now to redeem myself, I told myself I would pay closer attention. The original plan was to alight at Yaba and then take a second bus to Oyinbo, but since I was already in one going to Oyinbo, there was no need. You see, my brain was beginning to work again. So I paid close attention.

Now, you have to remember, they are all out to dupe me, and I can’t really ask questions, plus I am supposed to pretend to know their language. Plus, I was already in a vulnerable position after my Ojota debacle. I felt I had almost already blown my cover!

I didn’t have time to react! Buses don’t stop in Lagos! So I immediately flew into action! I flung the bottle water away and in one sweeping movement jacked up my luggage and tore toward the edge of the road! Locking my arms above my head as a shield I dove head first into the side of the oncoming bus!

Next thing I knew the conductor looked at me and said “Alagomeji”. I looked at him, he was a ruffian, looked like a swindler and he held in his grasp a 100 naira note. He said again “Alagomeji!”

I knew I had to “change it for him” so he knows he can’t scam me. Before he could say another word I was shouting and ranting for the world to hear “Ole (my only yoruba word! Oh it felt good saying it!) Scam! You want to scam me! I gave you 500! My change is 300! I did not pay for two people!!! I did not say Meji!!!! Now you’re telling me Alagomeji! How!!! Thief! Better give me my complete money o! You think say I come Lagos to count bridge???!!” I was yelling at the top of my voice!

Once more the bus halted! The conductor glared at me as though I were a mad man and retorted in an onslaught of Yoruba that I failed to grasp! Three passengers behind me declared “Alagomeji wa o” and they climbed out of the bus! I could feel the hotness running up my face as my eyes turned red in embarrassment. Alagomeji was a bus stop. I almost didn’t have the heart to ask for my change when I eventually got to Oyinbo!

Jones Ayuwo, a Nigerian who lives in Lagos. He is a writer and a lawyer, and currently works as a Partner at the law firm Acuity Partners – also headquartered in Lagos.

My first goof was thinking Oyingbo was Oyigbo 🤭

We got our Lagos parables fam! Make this a complete series…. shoot films if need be.

I could basically feel my embarrassment on this post 😂😊😊

Warning no 2😅
That’s how I got missing last year, the keke man started shouting at me, I shouted back at him.

Jones!!
Jones!!!!
Your writing is legendary. I literally engaged my coworkers with your write up.

Looool… I’ve read this before, but the comedy is as fresh and breathtaking as it was the first time. I know how much of a struggle it is to pick out their words despite living in Lagos all my life. We demand some more Dimeari!!!

At least something to spice up the hectic day.. Kudos bro 😂 😂

Why is this so vivid and relatable?😂

Thumbs up Sir, you captured every immigrant’s first experience and perception of Lagos👏

This left me in stitches 😂😂😂. This is truly the experience of the average ‘newbie’ to Lagos. Well done, Jones Ayuwo!

Hahaha, a very good read. Well articulated, wonderful humour and a very clear description of Lagos. Kudos to the writer.