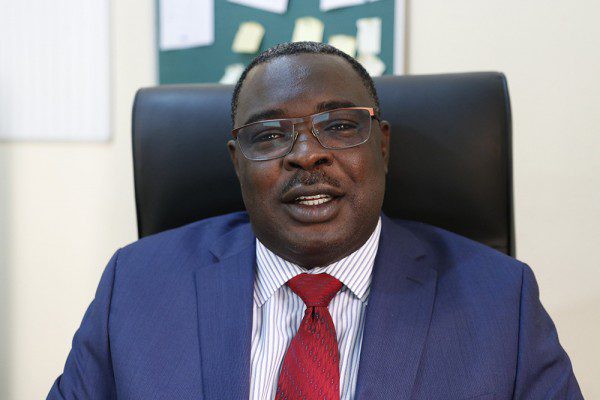 Improving Mechanisms and Institution for the Protection of Human Rights, Gaye Sowe, Executive Director of the Institute for Human Rights and Development in Africa

We have witnessed challenges here and there. Challenges in the sense that, in some of our countries, we’ve seen the civic space shrinking, as in some of our states are coming up with laws that are anti-CSO. But I wouldn’t say that’s the rule, it may be the exception here and there. What I would say, bearing in mind the instruments, bearing in mind the mechanisms which so far have been doing reasonably well, I would say the situation looks good.

Of course, even though we have challenges here and there, you see improvements in some of our countries. Like the Gambia, for example, until about three years ago we had this dictatorship that lasted for more than two decades, and we also know that Ethiopia too is now opening up. So I would say, despite challenges here and there, the situation looks a lot better than it was many many years ago.

Three obstacles hindering respect for human rights on the continent

One of our biggest problems is the speed, the number of years it takes for some of the cases we file to get decided, making it relevant to my organization. So I would say those delays cause all kinds of problems. And I also think one other big issue we’re grappling with is the lack of implementation of judgements and decisions adopted by the mechanisms I referred to earlier on. So you file your case before a particular mechanism, it probably will take 6-7 years before the case gets decided, and after it’s decided, you also struggle to get it implemented. I think that is really really one of our biggest challenges.

You file your case before a particular mechanism, it probably will take 6-7 years before the case gets decided, and after it’s decided, you also struggle to get it implemented

How efficient are the human rights mechanisms in Africa?

They have done a lot of good and they are capable of also doing a lot more. If you, for example, look at cases decided by the African Commission, some of them have pushed the boundaries and have been very very progressive, going beyond what is expressly provided for in the charter. We are just hoping they belong to something like that. Of course, even though we know implementation is a problem, there have been instances where some recommendations made are fully implemented. So I would say, bearing in mind how progressive some of the jurisprudence could be and bearing in mind how some of these instruments are contextualized, the mechanisms, irrespective of the challenges I talked about, have done some good and I think they continue to do so.

Because for quite a while, institutions such as the African Commission served as the only voice or the only avenue where people whose rights are violated would really have the opportunity to appear in sessions or cases to really talk about issues that ordinarily are not talked about at the domestic level. I can give the Gambia as an example. At a point when it was almost impossible for anybody to say anything that the former president did not like, or when it was impossible for anybody to take up any case at the domestic level, for a lot of people the only avenue available was the commission.

Of course there are a lot of frustrations, but at the end of the day, [the African Commission] has over the years done a lot of good, not just for the Gambia, but for other countries

That was what led to the former president filing a case against the Gambia before the African Commission, and the decision the commission came up with, at a time when the highest court in this country was quoted as saying there were no human rights in this country, was very much celebrated around the world. And again during commission sessions, Gambians and maybe friends of the Gambia who ordinarily wouldn’t have had the opportunity to speak up, would use this session to come up with statements and put pressure on the African Commission to adopt their solutions. We’re not saying the commission is perfect, of course there are a lot of frustrations, but at the end of the day it has over the years done a lot of good, not just for the Gambia, but for other countries.

I think over the years we really have been putting a lot of emphasis on certain political rights. I am not saying they’re not important; they’re extremely important. We all have the right to be free from discrimination, free from ill treatment, etc. But I think some of the issues that are very much ignored, not just in the Gambia but in a lot of our countries, are related to social and economic justice. I believe all the freedom in the world is meaningless if you don’t have access to social services, if you also don’t have access to opportunities.

And I’m not saying that we should do away with putting a lot of emphasis on civil-political rights, but we should also begin to give economic, social, and cultural rights more prominence. Because when you interview Gambians they will tell you there are more freedoms, people are a lot freer, but at the end of day people will also tell you there is a lot of corruption going on which has very serious implications for the endangerment of human rights on the continent. So let’s work towards eliminating corruption in all four corners of the continent. We also have to concentrate more on economic and social justice because they are important. Without it, I don’t think we can talk about seeing meaningful changes anywhere in the continent.

So if lack of resources is hindering the commission’s work, then we would expect whoever is responsible to do everything possible to make sure the commission is provided the support it needs. Because for us who litigate, it wouldn’t make sense, you believe you can’t get a remedy at a local level, you go international just for a case to drag on for a period of ten years. That doesn’t make any sense. So we’re hoping of course whatever we have to do will be done to provide all of these mechanisms with the manpower needed to carry on with their mandate with the urgency required.

Gaye Sowe
Gaye Sowe is a lawyer who serves as the Executive Director for the Institute for Human Rights and Development in Africa. The mission of IHRDA is to defend human rights by conducting strategic litigation at the regional and national levels, building capacity of activists, providing training on human rights instruments in Africa, and disseminating information on the human rights situation in Africa.