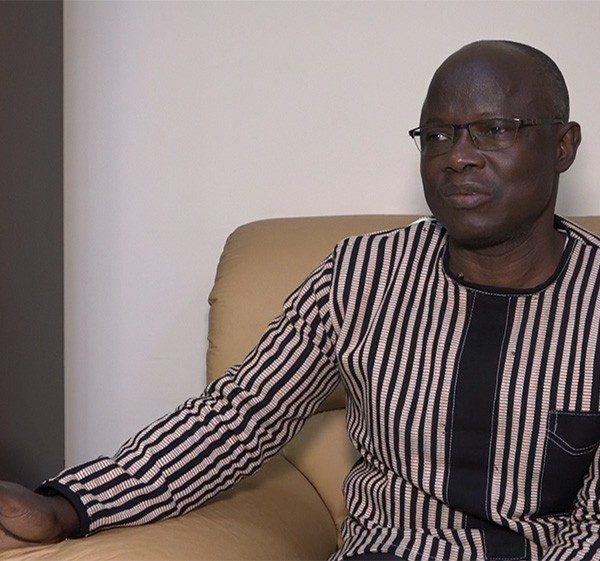 The National Agency for Research Valuation (ANVAR), created in 1996, is in charge of the promotion of researchers and innovators in Burkina Faso.

ANVAR strives for the promotion of research findings so that they become directly useful for development rather than lying dormant in drawers. As such, it constitutes a rich source of information for researchers and users.

The missions of the ANVAR are to design, implement and monitor the Ministry’s policy and strategies for the promotion of the research and innovation results. As such, it is mainly in charge of:

Excerpts from the interview

Let us take the case of a WAEMU-funded project on the promotion of high-yield maize varieties in the region. This project enabled us to boost the production and use of maize and, above all, to organize the various stakeholders into an innovation platform.

This platform includes all stakeholders involved in the process; ranging from producers to consumers, including input suppliers, transporters, wholesalers, retailers, processors, etc.

In other words, a whole consortium comes together and interchanges, depending on the interests of each. In addition, this platform makes it possible to track the final product from the producer to the user.

Another project that was not so successful was the promotion of local products. Six products were identified as having a strong socio-economic impact and we had to promote them. Unfortunately, the project was not successful. This was naturally due to a funding problem and the fact that the research had not been fully completed. Further efforts are needed to promote the use of these products.

Another activity is the National Forum for Scientific Research and Technological Innovation which, every two years, connects the researchers and users’ worlds for dialog.

First, in order to show what researchers have found, an exhibition is held presenting the various results and innovations. There are also debates on the needs of both the researchers and the users, to ensure coordination between them.

Often, when people say that results are not valued, it is because of a lack of knowledge or insufficient communication.

For example, in the North, if the improved varieties from the Environment and Agricultural Research Institute (INERA) had not been available, there would have been be no agricultural production in that part of the country. The reason was that short-cycle and drought-resistant varieties were needed to adapt to climate change. Thus, in terms of communication, policymakers must have quantitative information on the impact that research can have on socio-economic development.

Today, the impact of the improved varieties of INERA is still unknown, unfortunately no figures can be provided, although a study should have been able to provide figures on this issue. This level of willingness has not yet been reached. Funding is therefore really crucial. State resources are very limited, but it is necessary to seek funding, even if it is in the form of loans to boost research results.

Relationship Between Economic Sector and Research

The link between the economic sector and the wealth sector is not very strong. For this reason, we are creating a framework for dialog to bring economic actors and researchers together on a permanent basis.

More often, this research is externally funded, and therefore it does not always respond to national priorities.

Our companies are in the embryonic stage, and therefore do not have a great deal of financial capacity. There is a need to strengthen the socio-economic fabric, our industries’ fabric, to bring them towards the use of research. Do the researchers’ findings meet the needs of the socio-economic world? Are the researchers aware of the needs of the industrial world? That is the root of the problem.

ANVAR is financed exclusively from the State budget. The budget allocated to the promotion program is 0.5% of the overall budget of the five programs of the agency. As you know, in every Ministry there is what is called budgetary regulation.  At some point, the State considers that the flow of funds is not as important, so we must freeze some of our activities. As a result, for the project we are implementing with Agripole, the budget has been regulated to zero francs completely. So, initiatives had to be developed with the researchers who have projects to consider ways to raise funds.

Without sustainable funding, it will be difficult to pursue activities because they require ongoing and sustained work.

One of the challenges we face is being a branch with no management autonomy. As a result, we are unable to even take certain initiatives, such as finding additional funding. Furthermore, we do not have the capacity to recruit staff. Instead, our staff is made up of young people coming from other departments. So, the issue of the autonomy of ANAVR is a major problem. On the other hand, there is very little interaction with the academic world. Also, many people consider ANVAR as a funding agency. It is our role to guide people towards what can make the link between their results and the industry.

Another challenge relates to capacity building in communication.

Director of Research in Plant Biology and Ecology, Professor Louis Sawadogo is the Director General of the National Agency for Research Valuation (ANVAR) in Burkina Faso.