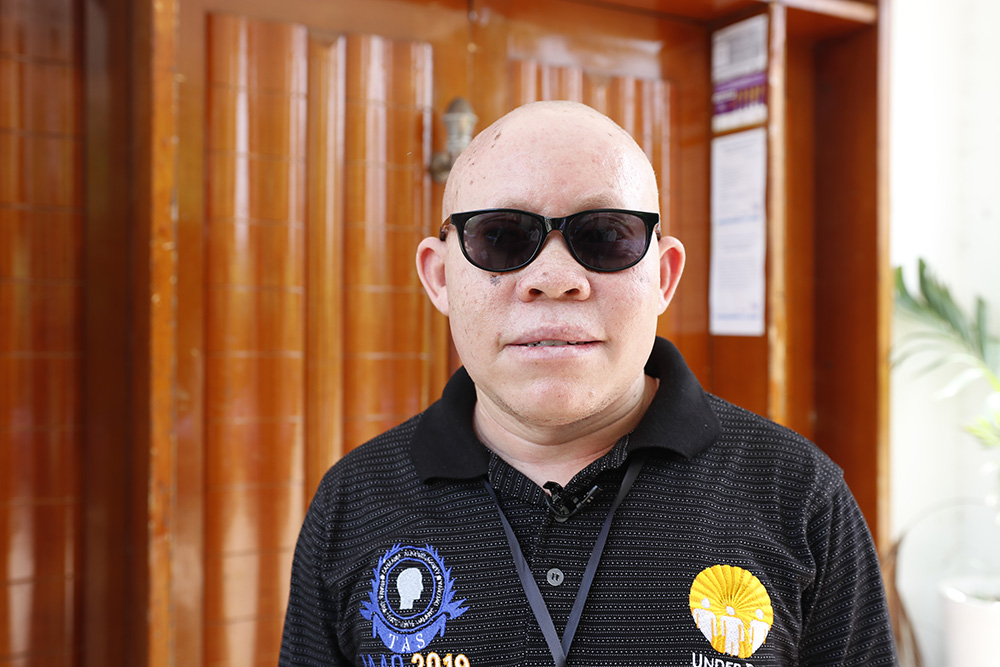 Discrimination against people with albinism in Tanzania and across Africa

The majority of people with albinism in Tanzania suffer from skin cancer because of a lack of melanin in their skin which automatically protects people from sun rays. There is also the lack of medication, lack of professionals, lack of dermatologists, and lack of sunscreen lotion in the country. Therefore, most of them are losing their lives because of that.

There is also the question of the attacks. Being attacked, being kidnapped, being amputated, being killed because of witchcraft. People believe that our skin, our body parts are a source of wealth. That if my body part is chopped off they will succeed, whether in fishing industries or in mining industries or the like. 1 in 8 people with albinism in all of the African continent have been killed from 2008 to 2017 have lost their lives because of witchcraft practices and believes. People believe that their body parts are sources of wealth and that they can become rich because of them. Therefore, most of our colleagues, our relatives, our friends, our partners have lost their lives because of that.

People believe that our skin, our body parts are a source of wealth…Most of our colleagues, our relatives, our friends, our partners have lost their lives because of that

If a person is attacked, killed, or kidnapped, they can come before a court of law and seek justice. However, because of lack of enough evidence, many times the cases are dismissed. Therefore the community and family misses their chance to seek justice for their relatives. Those are the main challenges that people with albinism all over the continent face.

States have the obligation to respect, fulfill, protect, and promote human rights

Other actors, such as international organizations and UN agencies, are like watchdogs; they are watching in case there are violations and then they will make noises. But the first responsibility of promoting human rights is vested in the states and not anyone else.

William Maduhu Kulwa is a lawyer working with a non-governmental organization (?) focusing on supporting the lives of people with albinism including their right to life, dignity, education, justice, and employment..