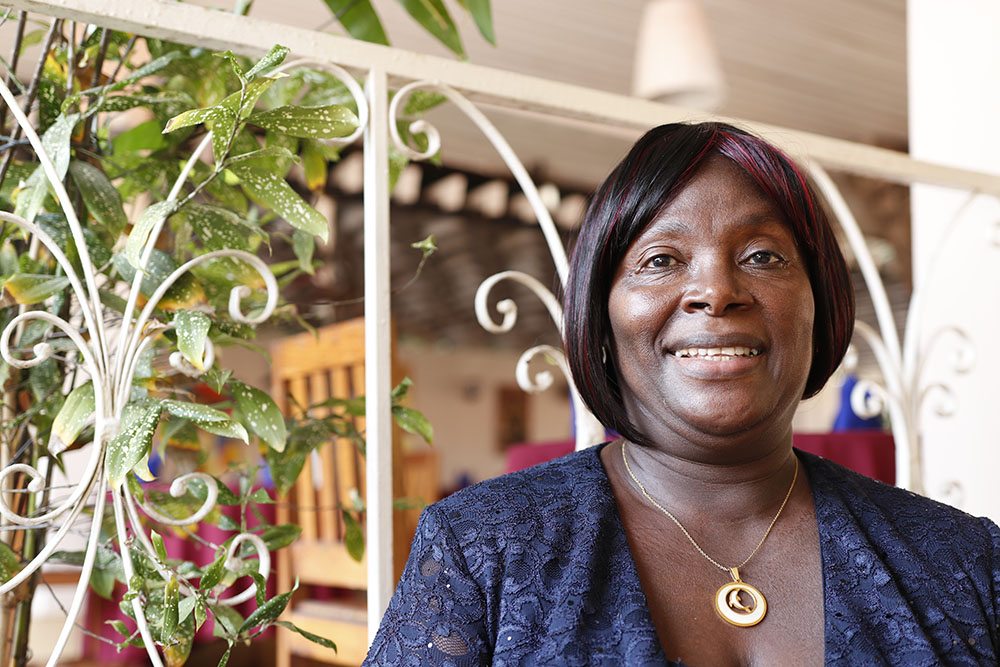 Major obstacles hindering respect for human rights on the continent

Bad governance. And then term limits are not respected and result in conflict and use of force to resolve issues. I believe those are three different things that have been affecting the observance of human rights on the continent. Because you find that people, or “the powers that be” are doing well, but they are only doing well for themselves, because they feel that when you have that power, it is yours to hold and you do not share it with anybody and you do it by any means possible. So you find out that you come in, you have a term limit, but you don’t respect it.

How effective are the human rights mechanisms in Africa ?

The charter is very progressive compared to other regional instruments. It was written well before its time, because it takes into consideration group rights. And then you look at the African Women’s Protocol; it has gone far and beyond CEDAW, that is the Convention on the Elimination of All Forms of Discrimination Against Women. So there are many. Even at the national level, you find out that you have the Beijing Platform for Action and you also have the Vienna Declaration and Platform for Action.

They even have Resolution 13.25, which is looking at women and peace and security, and then you also have Resolution 22.20, which is looking at youth, peace, and security. So these instruments are there. But I doubt how much of the populace knows of their existence. Or even if they know, working with their governments to ensure that they are implemented. So it’s a problem of implementation and it’s a problem of ignorance, because if only they know that they are there and they are committed, I believe it would make a lot of difference in the lives of ordinary people.

Independence of the commission

And two, there was also the directive that the commission needs to revise its criteria for granting observer status to civil society and align it to that of ECOSOCC of the African Union. So you find that those are directives from the parent body. And the commission, if you ask me, they are professionals, they are all legal luminaries in Africa, and they should know what is right and what is not right. And the principle is that they should do what they feel is correct.

The problem comes when you find the African Union giving directives

Challenges that must be recognized to improve conditions on the continent

There is a need to address the rising trend of conflict. We are looking at civil wars, we are looking at religious wars, fundamentalism, we are looking at terrorism. In Nigeria, you know Boko Haram, in Cameroon. We are also seeing xenophobia in southern Africa. Each subregion has its own peculiarities. Those are obstacles to the achievement of human rights on the continent. I think each of the subregions should be able to look at what is becoming a hurdle for them to achieve their objectives of human rights in their own constituencies. Because otherwise it will not work. Because people in South Africa do not believe that they are doing anything wrong. They believe they are protecting their country.

So foreign agencies or multinational companies come in and create challenges for them and then harvest the resources and go away with it. The resources have to be equally distributed amongst the citizens. But then where such machinery does not exist, it creates a nation of poverty, a nation where people are ignorant, there is no education because there is no money to support it. And that also creates issues, because you also find that the youth do not have employment and their education level is also very low. This also affects the quality of life. Then the next generation is nothing you can write home about.

I think they need to start now and empower the youth so that at least in the future we will get the Africa we want, a prosperous Africa like you see in Agenda 2063. Because Africa needs to be united. Africa needs to be prosperous to be able to take care of itself and the next generation. If that is not possible, if we cannot achieve that, unfortunately it will be too bad for us. But the future lies in our hands and we have to stay committed to achieve these objectives.

Hannah Foster is the Executive Director of the African Center for Democracy and Human Rights Studies. She serves on the support group on freedom of association and assembly for the African Commission, as well as the Committee on the Prevention of Torture in Africa. She is also the spokesperson of the forum of NGOs.