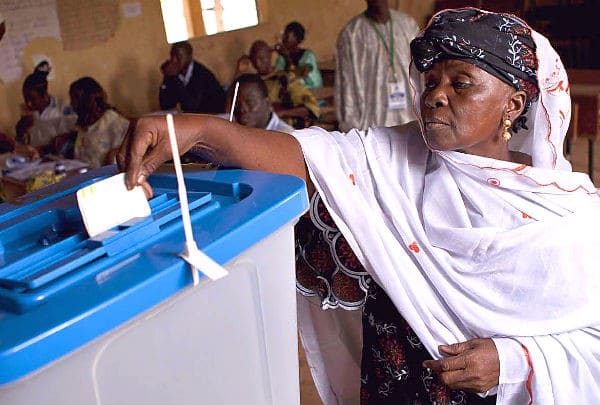 The first round of the presidential elections in Mali is planned for July 29. This is the most important vote since the country achieved independence. The next president will be in charge of the country’s peace process and recovery. The purpose of this prospective analysis is to put the elections in context.

A country in freefall

Mali has been plunged in a crisis for nearly seven years. The rebellion initiated in 2012 by Tuareg groups seeking independence and by Islamists has destabilized the State. A mutiny of junior officers and soldiers from the Kati garrison developed into a coup d’état that toppled the regime of President Amadou Toumani Touré (ATT) two months before the end of his mandate. The coup d’état combined with rebellion plunged the country into an abyss. The North and Centre were first occupied by the National Movement for the Liberation of Azawad (MNLA).

This independence movement was itself defeated by a coalition of Jihadist groups made up of the Movement for Oneness and Jihad in West Africa (MUJAO), Al-Qaeda in the Islamic Maghreb (AQMI) and Ancardine. In the South, a civil transition was put in place under pressure from the Economic Community of West African States (ECOWAS). The junta led by Captain Sanogo never really let go of the reins of power.

After having occupied more than two thirds of the territory, Islamist groups were considering taking the city of Mopti and possibly the rest of the country. At the request of the President of the transitional regime, Dioncounda Traoré, France intervened starting on January 10, 2013, in order to halt the offensive of the jihadist groups. This intervention, Operation Serval, enabled the return of the Malian state in certain regions of the Centre and the North. A “Preliminary Agreement to the Presidential Election and the Inclusive Peace Talks in Mali” signed at Ouagadougou allowed the belligerent parties to find a middle ground for presidential and legislative elections to be held.

After having occupied more than two thirds of the territory, Islamist groups were considering taking the city of Mopti and possibly the rest of the country

Ibrahim Boubacar Keita was elected in August 2013 with a comfortable majority. The United Nations deployed a peacekeeping force (the Multidimensional Integrated Stabilization Mission in Mali, known as MINUSMA). The Malian parties gathered in Algiers to conduct negotiations. The talks resulted in the Agreement on Peace and Reconciliation in Mali, ratified in Bamako on May 15 and June 20, 2015. This agreement did not have the desired results.

First of all, it did not receive unanimous support within the political class and within Malian civil society. Since the signing of the Agreement, very little progress has been achieved. The situation is deteriorating in terms of security. The conflict that was confined to the North moved to “the Centre” of the country. Nearly all of the analysts and researchers presented the conflict in a simplistic way―such as the Black populations in the South being pitted against the White populations in the North.

In short, the overall situation in Mali has not improved since 2013. In addition to the French forces and MINUSMA soldiers, Mali will soon welcome G5-Sahel soldiers. The 2015 Algiers Agreement is at an impasse. The July elections will be held―if they are held―under precarious circumstances. The situation is volatile.

It is not certain that elections will be held on July 29. The government decided to distribute new voter cards to replace the NINA (National Identification Number) cards used to identify voters. With the security situation so precarious, the operations to distribute these cards in such a vast country will be nothing short of miraculous. Furthermore, it will be necessary to deploy or redeploy the administrative structure in many regions where it has been missing for a very long time.

It is not certain that elections will be held on July 29. The government decided to distribute new voter cards to replace the NINA (National Identification Number) cards used to identify voters

Some people are questioning whether this is even the right time to hold elections. Some are in favour of an orderly transition. The regime in place and the opposition want to go to the polls in July, but for different reasons. The international community that placed the country under trusteeship probably does not want a second transition in seven years.

What is at stake in the elections:

What is at stake in the elections is quite simple: the survival of the country. The campaign will determine whether the country remains under trusteeship, regains its independence or moves towards a form of partition. The campaign may make it possible to have serious exchanges about the failures that led to the collapse of the State. This is the time for those who aspire to govern the country to make a diagnosis and propose solutions. The winner will have to take advantage of his brief grace period immediately after the elections to steer the country in the right direction again.

What we can expect

While it is difficult to predict the outcome of the vote, our analysis leads us to make certain observations:

At the end of the election, the following scenarios can be contemplated:

The first scenario is improbable. If the opposition could not agree on a single candidate at such a crucial time, it is hard to believe that it is capable of turning the nation around right after the elections. The scenario of forced implementation of the Algiers Agreement is the most likely. Mali has not carried out the difficult but necessary exercise of making a clear-headed diagnosis of what has occurred. The State has collapsed. The traditional mechanisms of regulation have not worked. The security situation has deteriorated. Malians want to treat cancer with aspirin. Instead, they must take the most difficult, “least travelled” path. The international community has its share of responsibility in the current mess, but Malians alone are responsible for their future. All signs point to trouble ahead before things stabilize.

Yalla Sangaré is an Associate Professor at Université Sainte-Anne in Nova Scotia ( Canada). He is currently working on the crisis in Mali.

Jason J. McSparren is a PhD Candidate in the Global Governance & Human Security program at the McCormack Graduate School, University of Massachusetts, Boston (USA). His dissertation research investigates the political-institutional norms of governance at the national and sub-national levels of natural resource governance in Mali.