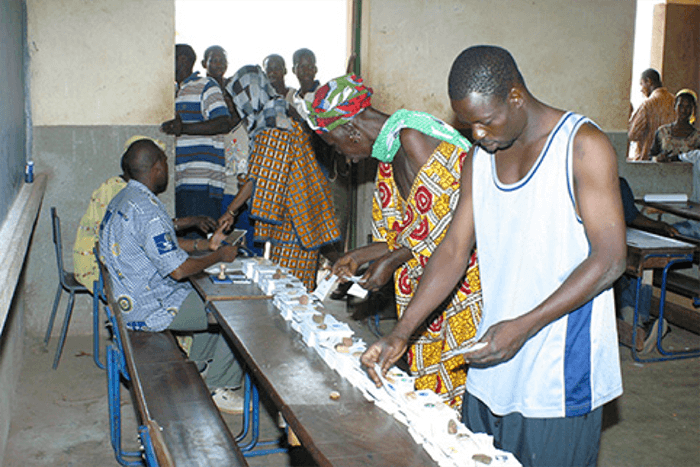 Mali’s Presidential Elections 2018: Unknowns and the stakeholders who might affect the outcome

The first round of the presidential election in Mali is planned for July 29; the second round will take place on August 12. This paper examines some of the unknown factors that could affect the outcome and looks at external and internal actors.

The biggest unknowns remain the situation with ADEMA, the chances of left-leaning candidates, and the attitude of those who lay claim to the heritage of President ATT.

The Alliance for Democracy in Mali (ADEMA) has been associated without interruption with the management of the country since 1992. ADEMA still remains a party with significant electoral weight. The party is being torn asunder by a debate on which position to adopt. One faction, led by ministers who sit with the government, wants to support President IBK to ensure consistency. The members of a second faction would like ADEMA to follow its by-laws and to hold primary elections. The party had chosen Diouncouda Traoré, the former Interim President, as its candidate. The latter declined this appointment. The issue of the appointment turned into a veritable soap opera.

The Mayor of Sikasso, a candidate in the primary elections, has already made it known that he will go to the presidential elections whatever happens. Dramane Dembelé, the 2013 candidate for the party, proclaimed himself as the flag-bearer on May 25. He has been expelled by the current leadership. At the time of writing of this paper, the party has decided to support President IBK. ADEMA is entering the presidential election in July in a position of weakness as a result of differences of opinion between its leaders.

ADEMA still remains a party with significant electoral weight. The party is being torn asunder by a debate on which position to adopt.

On the far left of the political spectrum, there are two politicians: Zoumana Sacko and Oumar Mariko. It is hard to imagine that they will be elected given that their nationalistic message is disturbing to the forces that “occupy” Mali. They can give moral support to candidates between the first and second rounds of the election. Finally, former President ATT was given a warm welcome. Those who claim to follow in his footsteps seem to be scattering. It is difficult to see where they fall on the political chessboard.

To be a candidate in the presidential election in Mali, it is necessary to post a surety bond of 25 million CFA francs and to obtain the endorsement of a significant number of deputies or local elected officials throughout the country. It is hard to believe that all the declared candidates will obtain the required endorsements.

External Actors That May Have An Impact On The Outcome Of The Vote:

The main candidates are Francophiles. They all did their graduate studies, or part of them, at French universities. All of them have had several stays in Paris to meet with diplomats at the Quai d’Orsay and with President Macron’s advisors. France does not seem to be supporting a particular candidate. It is clear that the indulgence displayed by François Hollande towards the incumbent President is a thing of the past. Furthermore, it is hard to believe that the renewal of the political class would be displeasing to France. For the French authorities, it is important that presidential and legislative elections be held. A new transition will add instability to an already precarious context. The situation in Mali will affect bordering countries where France has interests.

Neighbouring countries are observing the upcoming elections with interest. Mali has a long tradition of emigration. Millions of Malians live in Ivory Coast. Hundreds of thousands of refugees live in other bordering countries. Terrorist attacks in Burkina Faso, Ivory Coast and Niger were planned from Mali. With the exception of Algeria and Mauritania, all of the bordering countries have soldiers in MINUSMA. Their presence will be more significant with the G5 deployment.

The Presidents of Niger and Guinea will probably support IBK, “their comrade” from the Socialist International. Since the fall of Blaise Compaoré, Burkina Faso has been less inclined to meddle in the affairs of neighbouring countries. Ivory Coast and Senegal will not want to offend the incumbent regime. It is clear that Presidents Ouattara and Sall will not be disappointed if Soumaila Cissé is elected.

The Presidents of Niger and Guinea will probably support IBK, “their comrade” from the Socialist International

Algeria’s position is less clear. Uncertainty about the succession of President Bouteflika has something to do with this. The appointment of the current Prime Minister may be seen as a message for Algiers. In fact, Soumeylou Boubeye Maiga is perceived as being very close to the Algerian authorities. The re-election of the incumbent President would not be viewed unfavourably in Algiers. The main opposition candidates have held ministerial positions. They have communication channels with nearby Algeria.

The Mauritanian President has never hidden his disdain for the Malian political class. He finds it risk-averse with respect to terrorist groups and security issues in general. He will probably adopt a neutral position.

The resignation of Army General Moussa Sinko Coulibaly is a first in Mali. This young officer quit in order to become involved in politics. Simplistic analyses see his candidacy as a manoeuver by the Junta to return to power. Moussa Sinko was Chief of Staff to Junta leader Amadou Aya Sanogo. Sinko’s candidacy is an unequivocal sign that the military forces are not satisfied with the country’s situation. There is considerable malaise within this army, which loses men nearly on a daily basis and is increasingly stigmatized by human rights organizations. It is public knowledge that many retired officers deplore the current situation in Mali. Rumours of a coup d’état circulate regularly. If a patriotic officer with credentials such as those of Jerry Rawlings or Thomas Sankara were to take power, this would be welcomed by a fringe of the population.

There is considerable malaise within this army, which loses men nearly on a daily basis and is increasingly stigmatized by human rights organizations

At the time of writing of this analysis, the electoral platforms of the various candidates were not available. The candidates hire foreign agencies to develop grandiloquent slogans. It can be anticipated that all the platforms will revolve around the Peace Agreement, the fight against corruption and poverty, and job creation.

Yalla Sangaré is an Associate Professor at Université Sainte-Anne in Nova Scotia ( Canada). He is currently working on the crisis in Mali.

Jason J. McSparren is a PhD Candidate in the Global Governance & Human Security program at the McCormack Graduate School, University of Massachusetts, Boston (USA). His dissertation research investigates the political-institutional norms of governance at the national and sub-national levels of natural resource governance in Mali.