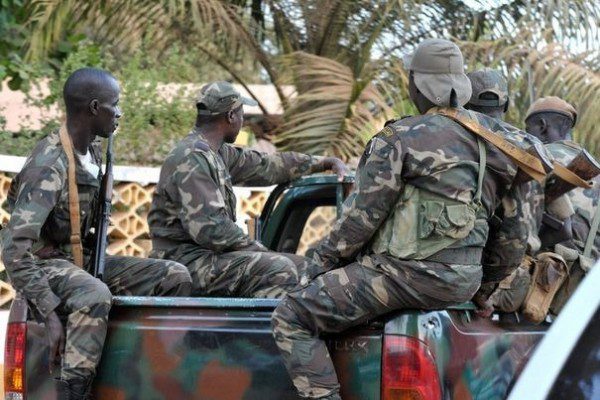 Security Sector Reform in Guinea-Bissau: An Opportunity Not to Be Missed

In the last 40 years, the army has attempted a dozen coups and three have been successful. This instability has been one of the impediments to the country’s development. But the current context has never been so conducive to making progress on this issue: the army lost credibility as a result of the 2012 coup; the 2014 elections brought to power politicians who are less dependent on the military because of their strong electoral legitimacy and the support of international partners; finally, the latter are less divided than they were in 2012.

The influence of the army has long been detrimental to the country. Though it never exercised power directly, the army achieved autonomy and became a major political force. It has undergone a gradual ethnicisation, with the Balanta ethnic group, which represents about a quarter of the population, coming to consider it as its preserve. Its institutional structure began to unravel, with clientelism and factionalism sometimes taking criminal overtones as some military networks got involved in cocaine trafficking.

The influence of the army has long been detrimental to the country. Though it never exercised power directly, the army achieved autonomy and became a major political force.

Military influence peaked with the April 2012 coup. The subsequent deterioration of socio-economic conditions eroded the army’s legitimacy. The current government, elected in April-May 2014, owes nothing to the army. Its position has also been strengthened by its alliance with the main opposition party, which is seeking to redefine its exclusive and troublesome links with the army and the Balanta community.

At the international level, the Economic Community of West African States (ECOWAS) has taken the lead on Guinea-Bissau since 2012, especially with regard to the army. Other international actors have now rallied behind its leadership. Its military mission (ECOMIB) seems able to deter disgruntled soldiers from violent acts against the government.

However, these positive developments are threatened by persistent tensions between President José Mário Vaz and Prime Minister Domingos Simões Pereira. Both are members of the same party, but clientelist politics, coupled with constitutional provisions for a two-headed executive branch, have led to an uneasy polarisation. These tensions might eventually become intertwined with underlying suspicions between international actors and anxieties in the military.

Despite being named Africa’s first “narco-state” for over a decade now, Guinea-Bissau has failed to contain its role in the international drugs trade, and shipments of cocaine from Latin America are continuing to come across the Atlantic. In early September, the country’s police seized 1.8 tons of cocaine hidden in flour bags and arrested eight people, including three Colombians. This was the second time in six months Guinea-Bissau broke its own record for the largest haul of cocaine in its history.

In March, the government’s criminal police stopped a truck carrying frozen fish and found almost 800 kilograms of cocaine hidden in the bottom. The previous record, of 650 kilograms, was set in 2007. It is believed these drugs would have found their way to markets in Europe, with the most recent seizure having a street value of between $65 million and $90 million.

It is believed these drugs would have found their way to markets in Europe, with the most recent seizure having a street value of between $65 million and $90 million.

José Mário Vaz, the country’s president until he was removed from office in June, has said that Guinea-Bissau’s “big war” is against the drug trade. It is a war he admits is difficult to fight.  “We don’t have airplanes, we don’t have boats, we lack the radars that would give us control over our … economic zone,” he told United Nations representatives in March.

The connection between Colombia and Guinea-Bissau is not new. In 2013, emissaries from the Revolutionary Armed Forces of Colombia (Fuerzas Armadas Revolucionarias de Colombia — FARC) were arrested in the West African country. And Colombian traffickers were reportedly able to live in luxury around the capital, Bissau, with virtual impunity.

The increased volume of cocaine passing through Guinea-Bissau reflects two tough realities. Firstly, despite an increase in political stability since a coup d’etat in 2012, the country’s establishment does not have the resources to deal with the drug crisis.

For example, alarming discrepancies have occurred between the quantity of drugs reportedly being seized by the government and the estimated volume moving through the country. According to interviews carried out by the Global Initiative Against Organized Crime, “no less than 30 tons” of cocaine moves through Guinea-Bissau each year, partly bound for Islamic terrorist networks.

Following the 2012 coup, the New York Times reported that the military’s takeover might have happened in order to allow more drugs to come through the country

Furthermore, links between political leaders, the army and drug traffickers remain controversial. Following the 2012 coup, the New York Times reported that the military’s takeover might have happened in order to allow more drugs to come through the country. Planes and ships carrying cocaine soared in Guinea-Bissau in the months following the coup.

Secondly, a boom in cocaine production in Colombia has seen drug shipments increase around the world. Locations as far-flung such as the Pacific islands of Fiji and Tonga, once only blips on international cocaine routes, are now grappling with increasing quantities of the drug arriving on their shores.

Africa is no exception. The likes of Morocco, Algeria and South Africa have all been seeing a sharp rise in cocaine seizures. Despite this bleak outlook, there may be some hope for progress in Guinea-Bissau. The most recent seizure in September has triggered a rapid international response. The government requested help from Interpol, which dispatched a team to assist in the investigation in Guinea-Bissau, while police officers also traveled from Brazil and Colombia. The UN Security Council also recently extended its peacekeeping mandate in the country, with a specific focus on fighting drug trafficking.

LatAm Drug Traffickers Set Up in Guinea-Bissau, Expand in Africa

A recent study has shed light on the links between Latin American organized crime and West Africa, showing how drug trafficking has corrupted the state of Guinea-Bissau and is now spreading through the region. The report from the African Center for Strategic Studies (ACSS) primarily focuses on the situation in Guinea-Bissau, outlining how Latin American drug trafficking organizations (DTOs) have established themselves in the tiny coastal nation. However, it also highlights how the influence of drug trafficking is spreading into other African countries, as traffickers seek new drug routes to Europe.

Guinea Bissau has the perfect conditions for such drug trafficking to flourish. Echoing previous reports on Latin America’s DTOs in the country, the study identifies the reasons why this is: the combination of a corrupt and centralized leadership and an inadequate and underfunded justice system in a country riven by upheaval and abject poverty. However, the report stresses that while turmoil and corruption in Guinea-Bissau laid the foundations for the arrival of Latin American DTOs, since their arrival, it is arguably the cocaine trade that has stoked the turbulence witnessed in recent years.

According to the ACSS report, in the four months following the 2012 coup, up to 25 tons of cocaine entered Guinea-Bissau from Latin America.

According to the study, the 2009 assassination of the country’s military chief Batista Tagme Na Wai and subsequent killing of President João Bernardo Vieira by troops loyal to Na Wai stemmed from a dispute between the two over drug trafficking. In the years that followed, two officials who played instrumental roles in coups in 2010 and 2012, the country’s chief of staff, Antonio Indjai, and Admiral Jose Americo Bubo Na Tchuto, were later implicated in drug trafficking. According to the ACSS report, in the four months following the 2012 coup, up to 25 tons of cocaine entered Guinea-Bissau from Latin America.

The report also raises the question of whether Guinea-Bissau is just the first of many African countries to fall under the corrosive influence of drug trafficking. “Guinea-Bissau may be Africa’s first narco-state, but worrying signs in Mali, The Gambia, Ghana, Nigeria, Mozambique, Kenya, and elsewhere indicate that this is not the only country struggling against the hollowing effects of drug trafficking on security, development, and governance,” it states. The spreading influence of Latin American DTOs has also contributed to the development of African organized crime networks, according to the report, which are now keen to step up their involvement in drug trafficking.

The presence of Latin American DTOs in Africa is irrefutable; according to a United Nations report, up to 50 Colombian drug lords are based in Guinea-Bissau, where they coordinate drugs moving in and out of the country. According to United Nations Office on Drugs and Crime (UNODC) estimates, cocaine trafficked through West Africa has a street value of approximately $2 billion per year, roughly equal to Guinea-Bissau’s GDP, so Latin American DTOs are capable of offering head turning sums to already corrupt officials.

The extent of this corruption was revealed by a Drug Enforcement Administration (DEA) sting operation in April, which resulted in the arrest of several Guinea-Bissau military officials in international waters. The officials involved believed they were brokering a weapons and drugs deal with the Revolutionary Armed Forces of Colombia (FARC). Among them were coup plotters Bubo Na Tchuto and Indjai, and the latter has now been charged in the United States, but remains at large in his homeland.

According to United Nations Office on Drugs and Crime (UNODC) estimates, cocaine trafficked through West Africa has a street value of approximately $2 billion per year

As part of the deal negotiated with the DEA, Bubo Na Tchuto believed he would be paid $1 million for every ton of cocaine brought into the country — an astronomical sum in Guinea-Bissau, which has a per capita GDP of about $551. The political instability caused by the presence of DTOs is not reserved to Guinea-Bissau, either. The empowerment of groups with access to drug money and the impact this can have was demonstrated last year when Al Qaeda in the Islamic Maghreb (AQIM) — which earns millions of dollars from trafficking drugs through North Africa — capitalized on a coup to take control of the northern half of Mali. Meanwhile, in West Africa, a recent study from the US Strategic Studies Institute reported the presence of Colombian drug lords in Guinea, opening up the possibility that Guinea-Bissau’s closest neighbor could be the next domino to fall.