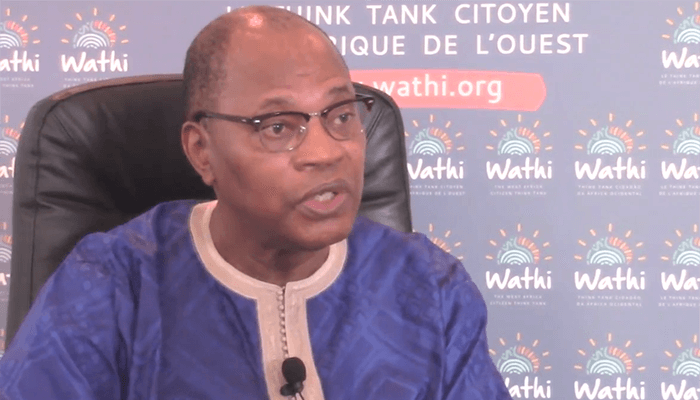 Dr Mohamed Ibn Chambas was the last Executive Secretary of the Economic Community of West African States (ECOWAS) from 2002 to 2005 and the first President of the ECOWAS Commission from 2006 to 2009. He has worked for the organization at a pivotal moment of its evolution, during the institutional reforms of 2006.

Born December 7th, 1950 in Ghana, Mohamed Ibn Chambas is a lawyer, diplomat, politician and academic from Ghana. He holds degrees in political science from the University of Ghana, Legon (BA 1973) and Cornell University Ithaca, New York (MA 1977, Ph.D. (1980) and a law degree from Case Western Reserve University in Cleveland, Ohio.

Dr. Chambas’s experience on the international stage in Africa goes back a long way. Among his first political posts in Ghana, he was Deputy Minister of Foreign Affairs in 1987. From there, he has been Deputy of Bimbilla from 1993 to 1996 and Deputy Minister of Education in charge of Higher Education in 2000. He will restart his international activities by being a member of the Commonwealth Ministerial Action Group which has worked to facilitate a transition to constitutional democratic governance in Nigeria, Sierra Leone and The Gambia. Chambas also played an important role as mediator between the parties of the first civil war in Liberia in the 1990s, and later during the civil war in Côte d’Ivoire in the early 2000s.

At the end of his term at ECOWAS, Mohamed Ibn Chambas was appointed Secretary-General of the African, Caribbean and Pacific Group of States (ACP Group) in November 2009. In December 2012, he was appointed African Union-United Nations Joint Special Representative for Darfur and Head of the Hybrid Peacekeeping Operation in Darfur.

Excerpt from the interview

Morocco and ECOWAS: The need for clarity of the membership rules

We need a little more reflection, perhaps something including revisiting at the level of the African Union its definition of the African regions, which as you may know, goes back to the Lagos Plan of Action. This plan defines these five regions, urges for deep integration among the five regions and then ultimately fusing all of them into a continental union.

From now on, the ECOWAS Commission will have to bring some more clarity, in terms of the implications for their fundamental texts of ECOWAS, particularly its treaty, and present the full implications of membership of Morocco and for that matter, other countries, because an admission of Morocco obviously sets a precedent. What do you do, what is the response if other countries want to join?

Morocco has very friendly relations, economic relations, with many of the West African countries, if not all of them, but then so do many other countries, so then the issue becomes: what are the criteria for membership of any regional organization, and what should be the response if another country asks to join?

Let’s hope that in December (2017), the ECOWAS Commission will come with more clarity as to criteria for membership of ECOWAS. That will put things in the right perspective.

Nigeria by the size of its economy, its historical role in the region, its role in peacekeeping in a number of countries, Liberia, Sierra Leone, has demonstrated strong leadership in conflict mediation, financial contribution, so it is always expected that Nigeria will be in the lead on these issues. And now that there are some very key issues before the organization, including broadening memberships, there is the feeling by some that they are not seeing a clear position of Nigeria as the traditional big brother in West Africa. But of course there are other dynamics in action, Nigeria has some internal issues, which are preoccupying it in this moment.

Very soon, we will have before us another election, in fact in less than two years, so already the questions of leadership and party politics is taking a prominent role in Nigeria at this point. On the other hand we should acknowledge that there is strong leadership emerging in other countries in the region, in Côte d’Ivoire, which has come out of its civil war, rebounded very strongly economically. Yes there are still some lingering issues of national reconciliations and security sector reform, but what is not in question is the strong leadership we see in Côte d’Ivoire, its strong economic growth, which is very important for other countries in the region. Senegal also has always had strong leadership in the region. Even now, you have Guinea presiding over the African Union and demonstrating stronger leadership in the region.

I should add, the new president in Ghana, for the first time upon taking office, decided to visit all ECOWAS countries, to signal that he will make the ECOWAS integration project a priority of his government, and this is healthy. All countries must demonstrate a commitment.

Give a chance to all countries to lead the regional organization

There should be a clear calendar of rotation of leadership of regional integration organizations, that is one way of making everyone feel belonging, and it’s not based on size of a country or the size of its army. No, we are all members of this group, we must all have equal opportunity to lead it, and that can help build solidary and a sense of belonging to a regional integration organization. This way, every single country at one point or another, will lead the organization. No country is too small to play its role, a proper role, in the integration of West Africa.

How to achieve regional integration

We can approach it in two ways. At the level of political leadership, all countries must have a sense of participation. No country should be left out at the highest level of the management and running of the organization.

There’s a second level, where we need to put a lot of emphasis on efficiency, and good governance of the institution. We need to open it up to a professional search for people with the relevant skills, but again we should be very mindful of ensuring a geographical balance.

We should do this in a manner that is equitable geographically, but importantly also, to begin to take into account very seriously a gender balance, because that has been something that has been lacking. If you look at the staff (at ECOWAS), we do not have a sufficient number of female senior staff in the organization, which needs to be corrected.

The balance between the recurrent salaries and other expenditures and the programmatic budget needs to be right, and I know that the rule was that no more than 40% percent should be spent on recurrent and 60% should be on programs. Now whether this has been achieved or not is another question, some people will say that to be more effective it should be 30% for recurrent costs – 70% for programs.