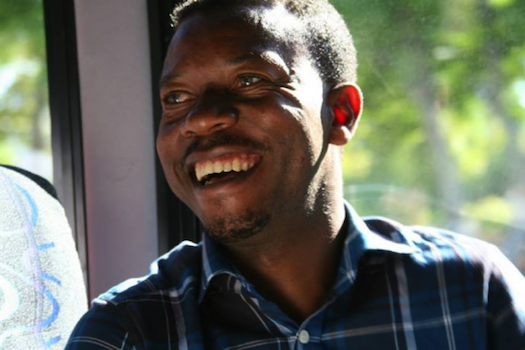 Judiciaries play a unique role in any modern state. They are often the stabilizing arm of government in that they keep the other arms focused on discharging their functions according to law. Military governments understand the potency of the judicial institution and accordingly often emasculate it.

Simple disputes could easily lead to large scale war with devastating consequences in the absence of independent, fair and competent platforms for resolution. The judiciary as the central organizing institution for dispute resolution in most countries is therefore crucial to maintaining peace and stability. A careful reflection on conflicts in West Africa reveals that an independent judiciary could play an important role either in averting or addressing them.

Take Cote d’Ivoire’s 2010 post-election conflict, which led to loss of several innocent lives and destruction of properties. Had an independent judiciary promptly responded to the apparent dispute between the Independent Electoral Commission and the Constitutional Council with respect to the validity of results announced by the former, perhaps incumbent President, Laurent Gbago and presidential contender Alassane Ouattara would not have exploited already existing fault lines to wreak havoc on the country.

Post-crisis, the independence, credibility and capacity of the judiciary was called to question with the invitation by the state of the International Criminal Court (ICC). This is not a peculiar story as the same could very well be said about Mali’s judiciary after the conflict in the north of the country led to its self-referral to the ICC. For a region that has had its fair share of violent conflicts, including in Cote d’Ivoire, Guinea Bissau, Liberia, Nigeria and Sierra Leone, we cannot afford the luxury of weak judiciaries. This is more so given the region’s rulers penchant for holding on to power interminably.

In The Gambia, President Yahya Jammeh has been in charge since 1994 and is showing no signs of relinquishing power anytime soon. Elsewhere in Togo, the Eyadema family has had firm control of political power for nearly five decades.

Even among the more successful democracies – Ghana and Senegal, there are serious challenges bothering on economics and succession respectively. Indeed, President Abdoulaye Wade was compelled to concede defeat to incumbent President Macky Sall after a failed attempt to remain in power.

For its part, Burkina Faso avoided a potentially serious conflict in 2014 with the forced resignation of President Blaise Campaore after 27 years in power. Like former President Mamadou Tanja of Niger, Blaise attempted to extend his rule by another term but the determined will of majority of Burkinabes ensured that his ambition failed. Regrettably, Presidents Pierre Nkurunziza and Paul Kagame of Burundi and Rwanda appear to have succeeded in extending their terms of office after 10 and 21 years respectively. Although some of these changes occurred fairly peacefully, there are others that led to violent confrontations, including the most recent Nkurunziza crisis.

In most violent conflicts, there are aggressors and victims. Some victims would rather not challenge perceived injustice. In many cultures, they would move on and hope that the problems will sort themselves out. However, there are a few who would seek for platforms to express their displeasure. Where they exist, these platforms ought to offer a fair-minded mechanism to keep the delicate balance between peace and conflict in society. Unfortunately, this is becoming increasingly difficult to achieve for several reasons – political interference, inadequate training, corruption, bad laws and non-existent oversight infrastructure.

The benefits of an independent, properly organized and well-functioning judiciary cannot be over-emphasized. Besides being one of the more significant guarantors of democracy, independent judiciaries offer a credible alternative to self-help and anarchy. Independence and credibility however do not come cheap. In many states, appointment and dismissal of judicial officers remain the exclusive preserve of a few “leaders” in the executive branch of government. Regrettably, most of these appointments do not follow a transparent process of nomination, screening and vetting thereby allowing partisan, incompetent or even corrupt individuals access to one of the most important institutions anywhere.

This trend is fortunately reversible and there is at least one model on the continent that states in West Africa can emulate: Kenya.

Kenya’s constitution prescribes elaborate protocols for the appointment of judicial officers. The Judicial Service Commission advertises vacancies on its website and elsewhere with a view to ensuring that the general population gets to see it. They conduct reference checks and do background investigations on all applicants for judicial offices. In addition, they publish the names of applicants and request interested members of the public to provide useful information on their suitability for public office. Most interesting is the fact that interviews are publicly conducted and often aired on national television to guarantee an open and transparent process.

These protocols do not necessarily guarantee the best outcomes but they certainly bolster public confidence in the judiciary. They also create a sense of joint ownership of the process and outcome thereby fostering participation. I daresay that no judiciary can survive without public confidence in its ability to discharge its duties without fear or favour. Likewise no state can maintain the delicate balance referenced earlier without taking proactive steps to place its judiciary on firm footing.

West Africa can rise above its current showing on the international scene. It can and should demonstrate capacity to solve its problems and therefore shame the naysayers. The judiciaries ought to play a leading role in providing solutions but they require support from political leaders as well as ordinary citizens. The price for doing otherwise is remarkably high.

Stanley Ibe
Stanley Ibe is a human rights lawyer and democracy enthusiast from Nigeria. He has worked in the profit and non-profit sectors for nearly 15 years – most recently with the Open Society Justice Initiative. His writings on diverse subjects have appeared in reputable outlets within and beyond Africa.

Thank you Stanley for a very interesting and insightful paper.

“No judiciary can survive without public confidence in its ability to discharge its duties without fear or favour”. Building on this sentence, I think that public confidence can also come from the establishment of a citizen-led, not necessarily a formal, judiciary system. The example of the gacaca in post-conflict Rwanda is a good yet imperfect example of a non formal and citizen-led judiciary system.
The Kenyan example is also a good one. I wonder how feasible that is in a country like Nigeria, for instance, on a state level? What would it take to re establish credible judiciairies? I guess tackling corruption is a compulsory starting point…