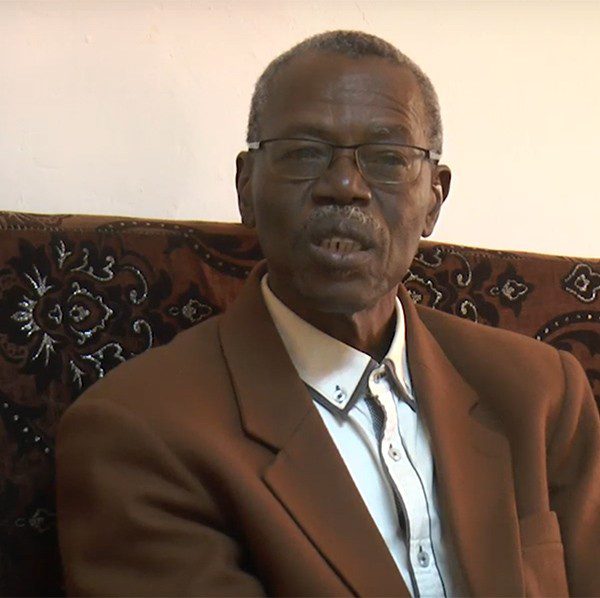 Immediately after an international conference on Human Rights held in Ouagadougou in 1997, at the initiative of the Inter-African Union of Human Rights (UIDH), around twenty Burkinabe CSOs created the National Anti-Corruption Network.

This network aims to be a Civil Society contribution to the fight against corruption in Burkina Faso.
REN-LAC’s vision is to build a Burkinabè society committed, as a whole, to the defense and promotion of integrity and good governance.

REN-LAC’s main mission is to work towards guaranteeing good morality and transparency in the management of public affairs.

To achieve this mission, REN-LAC has set as its general objective to “contribute to the eradication of corruption in Burkina Faso”. As such, it has set the following specific goals:

REN-LAC has several actions to fight against corruption in Burkina Faso, including the following:

Excerpts from the interview

Activities and funding sources of the National Anti-Corruption Network

Our activities are expensive because they are numerous. We hold a general assembly, publish a report on the state of corruption in Burkina Faso, and produce a comic book for the younger generation. We organize National Days of Refusal of Corruption as part of the commemoration of International Anti-Corruption Day on December 9, a day dedicated to the fight against corruption.

Our staff is made up of about 20 managers and support staff. This means that our financial needs have been significant for a number of years. We are often in financial trouble.

We receive financial support primarily through the annual contributions of member organizations. In addition, external technical and financial partners such as the Canadian embassy, Swiss cooperation and the UNDP also provide us with cyclical support, depending on the year and activities.

We have recently received support from the World Bank through the Economic Governance and Citizen Participation Project. The European Union has also been supporting us for a little over a year now.

Our sources of funding are still precarious, everything can change from one year to the next.

On several occasions we have tried to convince them that they have no interest in the development of corruption. Some private entities consider corruption to be a necessary evil and others even think they can benefit from it.

We are leading a fight through the support of the Chamber of Commerce with a view to making them understand that our private economic operators cannot prosper in corruption. We want them to understand that what we are doing is in their interest.

For the moment, the outcome is not favorable. Private organizations rather resort to us when they face serious problems of corruption. But financially, they do not think that they can help us to succeed in our missions, since they also benefit from the actions we undertake.

Maybe other approaches are also necessary.

However, one point may be sensitive. For example, if we accept funding for a private body that has unorthodox practices or policies, this can also be very badly perceived by the public. Some might even argue that we are corrupt. As a result, we may find ourselves in a conflict of interest when it comes to reporting.

An Anti-Corruption Award has been created as an incentive for journalists to do investigative reporting, especially in the field of corruption. The awards, which were initially fairly small amounts, have relatively increased. It is clear that there has been an improvement in anti-corruption investigations. Today, practically all the press, except television, is making a point of tracking down corruption.

Another activity that we believe has an impact on the population is the annual report on the status of the fight against corruption, especially its section where we classify government agencies in terms of their level of corruption. This classification is of interest not only to the population, but also to the government agencies. We are approached at every issue of the report. Some organizations come to us asking how they could get into this situation and potentially what they should do to get out of this ranking.

An Anti-Corruption Award has been created as an incentive for journalists to do investigative reporting, especially in the field of corruption

For many years now, this has become systematic, we have collaborated in setting up an anti-corruption committee and even in producing warnings about corruption that must be avoided.

Another activity that I can mention is the TV movie Stop Corruption, which was broadcast on national television. People are very enthusiastic when we broadcast the movie.

Through the comic strip and the Kouka contest, we have been able to create an impact on young people, both in and out of school. We get feedback from parents stating that our work has a great influence on young people. Their children challenged them on acts of corruption.

Testimonies we collected on these facts are nevertheless interesting. For example, a daughter to question her father for using a service car to take her to school, knowing that this is an illegal act.

It happens that students in high schools ask for the creation of anti-corruption clubs and call on parents’ associations until they get refunds of contributions that are deemed unjustified. These are impacts that should not be overlooked.

Because they expect a lot from us. People think that we are very powerful when neither financially nor in terms of human resources we have the means to meet their expectations. We are very frequently unable to carry out certain investigations. We need the means to expose corruption through advocacy or lobbying to get the authorities to take action.

And we do not have sufficient resources to do this work. It is difficult to monitor all the denunciations and complaints we receive. We are unable to respond properly, not because we are not technically capable but because the financial and human resources are not always adequate.

The lack of good will on the part of political authorities at the state level, not to accompany us, but to lead the fight against corruption

When young people join as permanent workers in an organization that is not able to guarantee them a future, they are often prone to be unstable and even want to leave when proposals are made elsewhere.

We are currently faced with the problem of agents coming and going and sometimes leaving us in the lurch. There is a permanent need to start over with other people. That is a difficulty we are facing.

The other major difficulty, which is not marginal, is the lack of good will on the part of political authorities at the state level, not to accompany us, but to lead the fight against corruption. Rather, we should be the ones to accompany them in this fight. However, to support someone, they have to be in the front line. Yet despite their electoral commitments, these authorities do not show any effort or firm will to tackle corruption.

What we see is that they are tolerating corruption and protecting those involved in corruption or even cultivating impunity as a system of government.