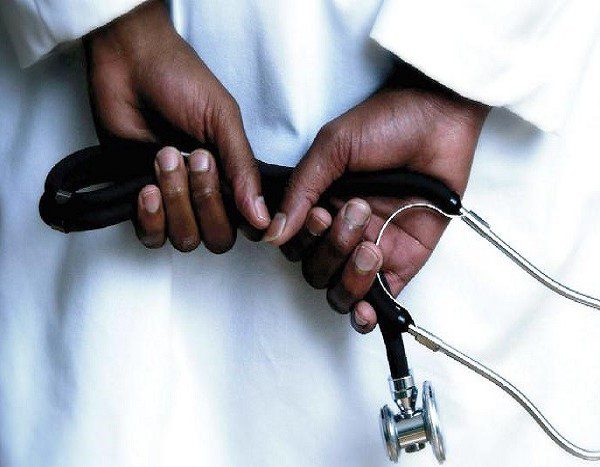 Covid-19 in Senegal: Towards an “Open-air” Health System?

Like other African countries, Senegal has adopted some social distancing measures to stop the spread of Covid-19. The Government, through the Ministry of Health and Social Action (MSAS), decided to close schools, suspend inter-city travel and impose a curfew from 8:00 p.m. to 6:00 a.m. The ultimate purpose was to raise public awareness of the severity of this unprecedented pandemic, but also to improve public health by introducing new rules in the day-to-day relations, such as banning the sale of bread other than in bakeries. However, “homo-senegalensis” keeps up with its own logic regarding the demands involved in combating Coronavirus.

The psycho-social mechanism of “unrealistic optimism” is apparently operating at its peak, so that individuals continue adopting dangerous behaviors. This belief that drama only happens to others reflects two major sociological facts that inherent in Senegalese society. The first undoubtedly lies in the low level of education and promiscuity, both of which prevent people from seeing beyond the events actually experienced or the demands of daily spending. The second one, and no less important, relates to the religious belief and the “ndigël” (instruction) of Muslim, Christian and other religious leaders. It implies a wait-and-see attitude that only official statements from religious leaders are likely to bring back into action.

In such a context, who should communicate? In such a context, who should communicate? Should we develop a communication model that excludes physical and moral proximity from the key messages? In my opinion, no! While at the outbreak of the first cases of the pandemic in Senegal, the precautionary logic was that “the floor should be given to qualified people like medical professionals,” at this stage, the development of the fight shows that “the floor should also be given to community leaders”. From this perspective, we believe that, on the contrary, both forms of physical and moral proximity must be identified and associated with the fight, or rather, with all the nation’s present and future fights.

Setting the Record Straight After a False Start

Although there was a sharp break between specialists and non-specialists at the beginning of the response, the focus now needs to be on how to speak with one voice for a harmonized approach, building on lessons learned from the Ebola epidemic. To what extent should these non-health actors be made accountable? The answer to this question should not conceal the scope and limits of the discourse and the characteristics of the strategic target groups. More concretely, this corresponds to the following community communication matrix:

This matrix suggests that there is no question of reinventing the wheel, since Senegal already has community communicators and religious authorities with charismatic and traditional legitimacy, based on “indigenous capital.” And, icing on the cake, they are all, or almost all, motivated by a desire to serve the nation, as illustrated by the acceptance to close mosques.

At this stage, the progress of the fight shows that “the floor should also be given to community leaders”

According to Durkheim, a “social fact” cannot be explained except by another “social fact.” By analogy, a social problem cannot be addressed sustainably except through a social resolution mechanism. In view of the spread of the virus in imported cases, contact cases and Community transmitted cases, the control mechanism must also evolve and adapt to the dynamics of the pandemic’s development.

Religious leaders in the public action field, a sociological reality to be assumed

Leaving communication in the exclusive hands of specialists would be a mistake. These must be supported or even helped doubly by religious leaders, or “moral entrepreneurs”. First, the teachings of Jesus and Mohammed, which are more conciliatory than internal secularization, must be included when formulating the message. Such an approach will help to mitigate the fatalistic behaviors rooted in the almighty power of divine protection.

Should it be remembered, as all revealed religions corroborate, that God does not change someone’s situation unless they get up to take care of themselves. Therefore, the messages derived from the theological and philosophical thought of these people would serve both as a reminder and an invitation to the individual and collective responsibility for mankind. Then, without any noise, the leaders must go down to the field to raise awareness. This can be done through regular broadcasting times, for each religious leader, or even just a celebrity (musician, wrestler, footballer, teacher, etc.), as well as cured patients (for example: Mr. Guirassy, founder of the IAM training school who combines fame and experience of the disease).

It is about interpersonal communication and a community struggle that requires a broad awareness through a positive placebo effect in the fight against the pandemic. In sum, the collective mobilization of religious leaders is not a new approach. Religious communities have always mobilized themselves through donations of various kinds to improve the political and economic situation of the population.

The aim, however, is to assume politically the kaleidoscopic nature upon which national public action must be based. In this fight, it is also a question of recognizing and promoting the religious legitimacies to which the concept of “secularism”, often used solely as a dimension of “logos” (reason) and not “pathos” (emotion) in the public sphere, prevents self-assertion and fulfillment of the role of social regulator and moral entrepreneur.

Engaging Community Health Workers (CHWs) In The Fight Against COVID-19: A Pre- and Post-Pandemic Requirement

Since the 1970s, the call for community involvement has been favorably perceived by the “driving forces” of local communities. For three decades, under the leadership of local authorities and qualified personnel, both men and, for the most part, women have been brilliantly responsible for prevention and health promotion in the health districts, at the most operational level of the Senegalese health pyramid. A total of 25,000 community health workers, matrons, “bàjjenu gox” (neighborhood mentors) and community health promoters throughout the country were trained in Behavior Change Communication (BCC).

Leaders are expected to get out into the field to raise awareness. This can be done through regular broadcasting times for each religious guide, or even just a celebrity

As part of a cumulative process, the Government would benefit from making better use of this asset and empowering these “social focal points” to mobilize behavioral influencers: local leaders (neighborhood leaders, imams, priests, etc.), associations (sports and cultural associations, community based organizations, etc.). With prior “retraining” one does not communicate in the same way about an acute, chronic or pandemic disease. A set of specifications including short- and medium-term objectives and the optimal involvement of this professional group can prove to be decisive to cope with Covid-19.

This is particularly important as the role of these workers on the margins of the health system, once the crisis is over, will increasingly be crucial to the ownership of national public health programs. It is worth recalling that rumors about vaccine trials in Africa are in addition to those already circulating in the health sector, which community health actors have been fighting against for several years. In fact, this has greatly contributed to the decline in infant and neonatal mortality across the country.

Rumor spreading after the Covid-19 episode should be anticipated now. The involvement of community health workers against this pandemic would thus contribute to maintaining and increasing their indigenous capital while consolidating their legitimacy in the prescription of therapeutic behaviors towards the population.

In conclusion, at the end of this crisis, an open-air health system should be established in which professionals and laymen can work together, curative and preventive activities should be carried out without conferring preferential value on one sector over another. This will require the drafting of a prevention policy document that combines the technical skills of professionals (health and hygiene workers) and the commitment of community legitimacy based on proximity (capitalization of interpersonal communication training) or morality (respect for image and the solemnity of discourse). In this community interconnection, the role of organization and facilitation to be played by local and regional authorities should not be overlooked.

Abdoulaye Moussa Diallo is a socio-anthropologist. He is currently working on a PhD at the University of Lille and Cheikh Anta Diop University (UCAD) in Dakar.