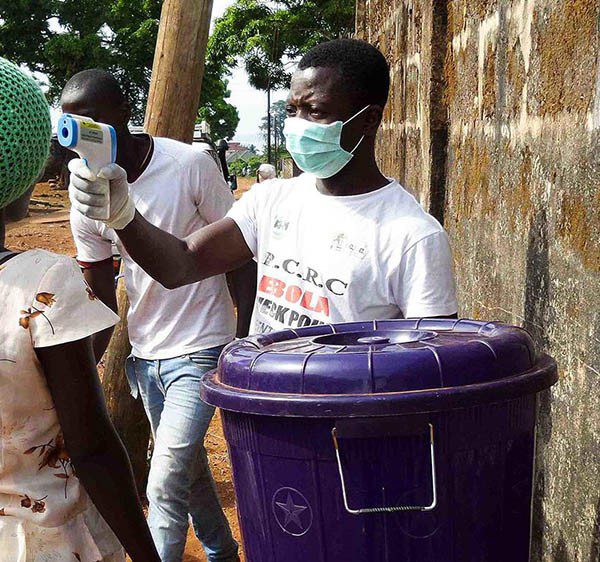 The coronavirus pandemic spread rapidly across the African continent, with nearly 2,000 cases of infection reported in many countries. In West Africa, the affected countries including Senegal, Nigeria, Côte d’Ivoire, Burkina Faso and Togo are facing a health crisis of increasing intensity, prompting them to adopt exceptional measures to contain the spread of the virus. Yet, in the management of this health crisis, not all the levers made available to the public authorities will be helpful, and some may even become counterproductive.

Decisive action in an unprecedented crisis

The coronavirus crisis is not the first major health crisis West Africa has experienced. The latest to date, Ebola fever (between 2013 and 2016 in Liberia, Sierra Leone, Guinea, and to a lesser extent in Nigeria and Mali) and more recently Lassa fever in some parts of Nigeria and northern Benin have variously challenged the response capacity of health services. However, the coronavirus remains peculiar in several respects.

First, the size of the affected areas, the whole planet – or almost the whole planet – makes it a global health crisis, with the main consequence of imposing roughly the same constraints almost at the same time, and in all parts of the world. Second, the incubation period of the disease (during which healthy carriers can transmit it to others) is relatively long, 14 days, thereby undermining the visibility of statistical results, the actions to counter its spread and the timeliness of their adjustment.

Finally, the specific needs for the medical equipment necessary for the treatment of serious cases (respiratory assistance) require a judicious management of this equipment, especially since this equipment must be immobilized for each patient receiving care.

In these respects, therefore, the world is facing an unprecedented crisis. Most countries on the continent, and the West African sub-region in particular, have taken decisive action to prevent and/or combat the spread of the disease on their territory and elsewhere. Apart from the measures of lockdown, land border closures and suspension of various air routes (95% of the African fleet is grounded according to the African Airlines Association), several governments have recently declared a state of emergency, often combined with curfews and banning of gatherings.

Thus, among other measures, Côte d’Ivoire placed the city of Abidjan into isolation, while Ghana and Senegal’s Heads of State respectively pardoned 800 and 2,000 prisoners to reduce the risk of contamination in jails; and Guinea recently declared a 30-day state of emergency throughout its territory. The main purpose of these measures, whose modalities and scope differ from one country to another, is to minimize the spread of the disease. However, not all of these measures may be helpful, and some of them may even prove to be counterproductive.

Not all government resources will be helpful.

The central concern of States in the management of (any) crisis is both simple to formulate and challenging to implement: keeping control. This principle implies the need for policymakers to maintain a continuous control of three key elements throughout the crisis: information on the evolution of the crisis, the objective means and resources needed for the response, and the behavior of people affected or likely to be affected by the crisis and the response measures. Yet, in the current context, at least two of these measures advocated by certain countries in the region do not make it possible to maintain these three levels of control over the medium term. These include curfews and strict containment measures.

This principle implies the need for policymakers to maintain a continuous control of three key elements throughout the crisis: information on the evolution of the crisis, the objective means and resources needed for the response, and the behavior of people affected or likely to be affected by the crisis and the response measures

On the one hand, the curfew measures adopted by some countries such as Côte d’Ivoire, Guinea and Senegal form part of the most important resources of the State. Although they may appear in the short term as among the most effective ways of State control, in the context of the coronavirus health crisis, they may act more as contributing to the loss of control of the crisis in the medium term. Indeed, curfew is a “heavy” measure whose impact will quickly become untenable on the means of response, the control of the spread of the virus.

“Curfew enforcement may result in less control over the spread of the virus.”

Firstly, as already noted in most of the countries concerned, the enforcement and monitoring of the effectiveness of the curfew require an exceptional mobilization of the security forces and their means of action (human resources, intervention vehicles, impound areas, police short-term detention facilities). As a reminder, on 24 March, the first night of the curfew in only three regions of Senegal (Kaffrine, Matam and Mbour), more than 200 people had been arrested. Even with the expectation of a gradual decrease in arrests as the curfew is understood and integrated by the population, the presence of the security forces, if only to play their dissuasive role, will be necessary throughout the crisis.

These will therefore be resources that policymakers will have to do without for the other needs for the response. Secondly, curfew enforcement may result in less control over the spread of the virus. On the one hand, the length of the incubation period plus the necessary – or very likely – physical contact during arrests or interventions by the security forces might turn the latter into vectors of new infections.

The two major challenges of such a strategy in the sociological context of several countries in the region include, on the one hand, the employment pattern (with a large majority of day laborers in the capitals and suburbs of large cities), and on the other, the predominant role of markets in the shopping habits of the population

The latter risk is all the more important as it is difficult to anticipate the behavior of populations towards this measure. Thus, anti-curfew demonstrations (as was recently the case in Daloa, Côte d’Ivoire) or sudden gatherings of people in markets to obtain supplies just hours before curfew, could become new aggravating factors induced by a measure supposed to limit the spread of the virus.

Controlling the spread of the virus is, on the other hand, one of the main benefits expected from strict containment measures. The objective is to limit contact within populations to the minimum necessary for a period of at least 14 days in order to assess and eventually adjust the response in the light of statistical results (in this case, the evolution of the number of new contaminations).

The two major challenges of such a strategy in the sociological context of several countries in the region include, on the one hand, the employment pattern (with a large majority of day laborers in the capitals and suburbs of large cities), and on the other, the predominant role of markets in the shopping habits of the population. Several countries have envisaged some interesting arrangements, such as opening markets for a shorter period than usual or introducing “gradual” containment.

Outside the West African sub-region, Madagascar even opted to distribute food to day laborers during the containment period in order to facilitate compliance with the measure. In any event, the introduction and implementation of a strict containment measure is more of a headache than a panacea in the current context. But this does not mean that the response to coronavirus crisis is impossible to achieve given the West African context.

At this stage, the incubation time of the disease is the main source of decision confusion within the context of coronavirus control in West Africa (in comparison, the minimum incubation time for Ebola was 2 days). This results in a significant delay in detecting possible new outbreaks, but also in identifying unsuccessful measures and adjustment needs. However, this is less a fatality than a call to better arbitrate the choice of levers for the response, bearing in mind the need to constantly monitor the three parameters mentioned above.

For policymakers, one of the means of this arbitration may lie, for example, in the continuous and real-time assessment of the means and resources of the response. Indeed, while real-time response measures cannot be adjusted because of the time required to assess their success or failure, at the very least, it is still possible to assess in real time the impact of these measures on the resources needed and available to address a crisis extended for at least 14 days following the moment of decision. In practice, for policymakers, this means answering in the affirmative at least the following three questions before adopting a measure:

Finally, it is worth recalling that the coronavirus crisis will pass, so policymakers have a responsibility to ensure that States are well equipped and resourced to achieve recovery, and to cope with the consequences of months of sluggish economies.

Claude Biao is a specialist in conflicts and terrorism in Africa. Since 2016, he has been the Senior Political Analyst and co-founder of the consulting firm Stake experts, specializing in security analysis and monitoring, and decision support in volatile security contexts on the continent.