Accueil Le débat Contribution paix et sécurité To contain terrorism and other threats, it might be time to be serious about strengthening and transforming States in West Africa 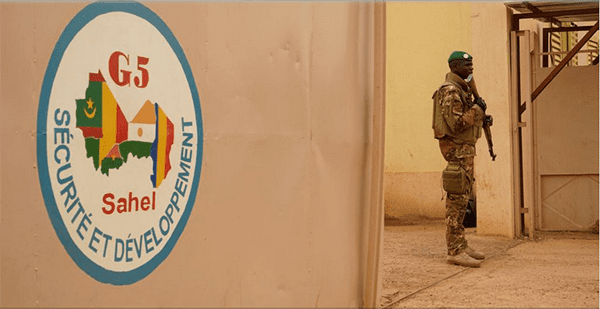 To contain terrorism and other threats, it might be time to be serious about strengthening and transforming States in West Africa

On May 14, 2019, a solemn tribute was paid in Paris to honour two French special force soldiers who were recently killed in action. Tribute was also paid to the guide of the Pendjari National Park who was executed by the hostage-takers of the two French tourists. The latter were released a few days following their abduction as a result of a military operation during which the 2 French soldiers were killed. For once, the African victim of such an incidence was not completely overshadowed. Thanks to social media, the picture of the smiling Beninese guide was widely shared.

The pain that families go through following the sudden death of a loved one, regardless of whether they live in a French village or a small town in northern Benin, is the same. Death is precisely one of those rare moments in life that should remind us of the strict equality of the human life. From France to Benin, from Burkina Faso to Sri Lanka, from Mali to New Zealand, the pain and disbelief of those who lose loved ones in sudden events are comparable.

Regardless of contextual realities, young people often make the bulk of casualties in Africa or Europe. Millions of children and young people are often victims of curable diseases, malnutrition, poor nutrition, domestic accidents, or road accidents. These are already plenty causes of death and numerous reasons to fear receiving the dreaded call announcing the brutal loss of a family member or a friend.

For a couple of years now, young people in West Africa have increasingly become the bulk of casualties of terrorism. With the notable exception of Nigeria, when compared to other forms of violent death, victims of terrorism in West Africa have remained numerically limited. However, terrorism related casualties and terrorist attacks continue to increase exponentially. It is not so much the number of deaths from attacks, abusive and inappropriate military responses, murderous manipulation of inter-community tensions, which are the most serious consequence of the rise of terrorism in West Africa.

From France to Benin, from Burkina Faso to Sri Lanka, from Mali to New Zealand, the pain and disbelief of those who lose loved ones in sudden events are comparable

It is the way of life in West Africa, a certain “joie de vivre”, that is the wealth of the populations of this region even when the material conditions of life are very difficult, even when life stops faster than elsewhere because of poor quality health services, the lack of sufficient income, the absence of well organised benevolent and useful states that is being attacked. It is the joy of living together, in a safe and fabulously diverse ethnic, cultural and religious society, that terrorism threatens all over West Africa.

The Sahel region has no borders. Apparently not everyone knew that! What was initially dreaded was the extension of the security crisis from northern to central Mali, then from central Mali to neighbouring Niger and Burkina Faso. The latter is currently entangled in a serious turmoil, hit by recurrent attacks aimed at shattering inter-ethnic and inter-religious cohesion. Besides, Côte d’Ivoire was hit back in 2016 by a deadly attack on Grand Bassam beach, quite far from the Sahel.

Then on 1 May, Benin recorded the first terrorist incidence on its territory. Which country will be the next in line? Ghana? Togo? Senegal? Guinea? What is certain, however, is that the terrorist threat is spreading. In such a context, the overemphasis on the Sahel has shown its limit. Since the beginning of the crisis in Mali in 2012 which, resulted from the irresponsible destabilization of Libya, the multitude of external interventions have failed to contain the insecurity in Mali, or even prevent its spread to neighbouring countries. In fact, they likely favoured its expansion.

Six years after the liberation of Mali northern cities by the French Serval and African forces, the security situation in West Africa remains worrisome. The responsibility of the state in the current status quo cannot be overstated. For instance, there have been little or no signs of a willingness to improve governance at the highest level, to engage a serious and credible fight against illicit enrichment in all its forms, or to drastically improve the management of public resources. Similarly, there is little evidence of a strong commitment and concrete actions to reduce extreme economic and social inequalities.

It is the joy of living together, in a safe and fabulously diverse ethnic, cultural and religious society, that terrorism threatens all over West Africa

International actors now agree that it is necessary to strengthen the states of the region specially to promote state’s presence in areas that were for a long time abandoned to themselves and then to jihadists and other criminal groups. It is surprising though that it is only now that some actors are discovering and acknowledging the necessity to rebuild or build, consolidate and transform the states in West Africa?

This raises many thought-provoking questions. How much has been spent on strengthening public, civilian and military administrations and with what time of timeframe of engagement? What priority has been given to implementing capacity building programs for young professionals capable of sustainably revitalizing public institutions? What attention has been given to redesigning incentives to work, professionalism and integrity in the public offices of the Sahel countries?

Between action plans and concrete actions, the missing link

In the last few years, the fight against terrorism and violent extremism has generated a strong demand for a variety of experts on the Sahel in international governmental and non-governmental organizations. This demand fuels a remarkable intellectual production and the proliferation of publications on issues pertaining to the Sahel. Additionally, it has led to a never-ending host of conferences, workshops, and seminars around the world, whose conclusions and recommendations are invariably the same.

Since the beginning of the crisis in Mali in 2012 which, resulted from the irresponsible destabilization of Libya, the multitude of external interventions have failed to contain the insecurity in Mali, or even prevent its spread to neighbouring countries. In fact, they likely favoured its expansion

These recommendations range from the need of a multidimensional approach to reform the armies, to reform the justice system, for better governance, to implement development projects in marginalized areas, to fight youth unemployment, to invest in education, to encourage regional cooperation. And the list goes on…  We must do this. We must do that…

But concretely, who is going to implement all of this? Where are the men and women who must take on this responsibility? When the well-trained human resources in the countries of the Sahel working in ministries are largely insufficient compared to the needs for strategic thinking, planning, and implementation of policies and projects? When the pool of well-trained human resources is constantly snatched through interaction with international partners?

How to work effectively or work at all with dozens of partners who keep proposing new projects, new approaches, new methods to help in this or that field? How can we ensure that the best-trained and young professionals with integrity be recruited and retained in state institutions given the competition from NGOs and international agencies in all areas of public action?

There is no alternative to the strengthening and renewal of States

The stakes are now too high for the future of Sahel and West African countries for them to continue to turn a blind eye to the troubling logic of an international machine that feeds on a host of concepts, trends, initiatives, thick reports, generous pledges, and major conferences and action plans.

The epic of the G5 Sahel provides a vivid yet painful illustration. When its joint force will finally be properly funded and operational, and its ambitious priority investments program will start to become a reality, there may no longer be a state or national cohesion or peace to keep or preserve

This machine, which has a considerable pool of well qualified African and non-African human resources working in comfortable conditions, drowns national and public institutions. The latter are both obsolete and thinned out but at the same time are expected to transform action plans into concrete actions on the ground. It is as if we continue to overload dehydrated camels with water cans in the desert instead of starting to offer them some water…

For example, some continue to assume that the creation of new regional cooperation mechanisms, or even new regional organizations in the Sahel, could miraculously remedy the obvious dysfunctions and structural weaknesses of national institutions. This would be targeted at the defence and security apparatus, to ministries and agencies responsible for economic development, agriculture, health, and education.

The epic of the G5 Sahel provides a vivid yet painful illustration. When its joint force will finally be properly funded and operational, and its ambitious priority investments program will start to become a reality, there may no longer be a state or national cohesion or peace to keep or preserve in many countries in the region. It will simply be too late.

Investing in the strengthening of States by prioritizing human resources with the capacity to keep them running and well-functioning to the benefit of the populations, today and in the future, is the only way to fight simultaneously and sustainably against a long list of threats to West African and Sahelian state and their populations. These include terrorism, extremist ideologies, ignorance, youth wandering, corruption, diseases, avoidable disasters and all other scourges that are obscuring the future of the region. It is also the only way to preserve the quality of social interactions that is at the heart of the way of life that West African populations, whether from the Sahel or not, hold dear.

Gilles Olakounlé Yabi is a political analyst and economist. A former Project Director, West Africa with the International Crisis Group, and a former journalist with Jeune Afrique, he is the founder and the president of the Steering Committee of WATHI. The opinions expressed in this article are personal.