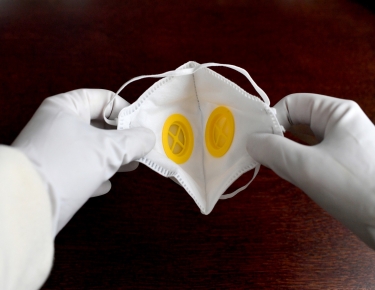 Combating Covid-19 in Africa, prevention as the main weapon

Covid-19, what a bleak picture for Africa. UN Secretary General Antonio Guterres’ “catastrophist” or even “eschatological” language on 27 March 2020 on France24 about the millions of deaths to be expected across the continent and the most appalling predictions in Western reports point to Africa as the region likely to be most affected by the virus in terms of victims.

Whatever happens, Africa seems to be already condemned in this unprecedented health crisis. One just has to hear and analyze soberly the various arguments evoking the weakness of the health systems, the social lifestyle which is very conducive to the spread and, more generally, the structure of the African economies which will not withstand the consequences of the virus.

In view of this list, African countries are going to “war” against Covid-19 with many limits and constraints. Governments have been playing a leading role with Ministries of Health on the front line since the first case was identified on February 14, 2020 in Egypt. Who could have predicted a crisis of this magnitude? Yet, in December 2019, news reports on the Chinese city of Wuhan, emerging place of Covid-19, still seemed far away.

Nowadays, the virus is present in Africa with more than 2000 deaths. The reliability of the current figures on contamination cases in Africa is a matter of debate on some Western television sets. Indeed, for those experienced in African contexts, these figures are considered very low and even “underestimated” compared to what is currently happening in Europe and the United States.

The primary reason mentioned for Africa’s potentially high number of victims is the weakness of health systems. Not only is the argument relentless, it is also undeniable. As an illustration of this fact, only two African countries (South Africa and Senegal) were equipped with laboratories capable of detecting Covid-19 when it was spreading to other continents. At the beginning of February, the Institut Pasteur of Dakar (IPD) trained laboratory representatives from fifteen African countries in the diagnostic protocol for the novel coronavirus.

The current surveillance capacity for the pandemic in Africa is very weak. There is a serious risk of not detecting Covid-19. One of the main challenges in the detection phase of coronavirus prior to the decision to close airports was the possibility that a virus-carrying traveler could be in the incubation period and not present the symptoms of fever. Temperature control at airports was far from being the most effective means of containing the spread. As a result, this has led to a rapid spread of the pandemic around the world.

The key question in Africa today is, without large-scale testing in countries, how is it possible to identify the number of infected people and healthy carriers who transmit the virus? The Ebola outbreak had revealed how fragile the health systems of some countries in the region are in terms of infrastructure, but also in terms of procedures. Covid-19 is increasing the evidence of deficiencies and vulnerability.

For African doctors, the main concern lies in the failure to contain the epidemic and to treat victims if the figures were to explode. Most African countries could not afford to treat severe cases requiring intensive care both in capital cities and in remote areas.

In terms of patient management, in just a few weeks, a country like Senegal increased its capacity from a dozen beds in the infectious diseases department of the Fann University Hospital (CHNU) to 500 beds available. As of April 2, the Ministry of Health indicated this availability in beds spread over 7 sites. On March 29, the Ivorian Ministry of Health and Public Hygiene announced 300 new hospital beds to contain the Covid-19 in the event of an outbreak of the disease.

In Nigeria, Africa’s most populous country and leading economic power, the Minister of Health said at a recent press conference that the country counted only 350 emergency units. It was impossible for the authorities responsible for spearheading the response to the virus to provide figures regarding breathing apparatus in the country. Also, the chairman of the Nigeria Medical Association (NMA), Dr. Francis Faduyile said his country had only one quality isolation center in Lagos with a capacity of only 50 beds.

In this period of crisis, the limitations still in evidence sufficiently demonstrate that a tremendous shock will be necessary in the health sector

This says a lot about the Nigerian health system. German hospitals have increased their number of intensive care beds from 12,000 to 40,000, and the country has 30,000 ventilators. The Nigerian Medical Association (NMA) reports that there are 42,000 registered general practitioners in the country in 2019, while in France there are 226,000. Other countries, such as the Central African Republic, Burkina Faso and Chad, account for less than one doctor per 10,000 inhabitants.

Even if no country in the world was prepared to face this crisis, African health systems are struggling under such constraints as lack of water, insufficient respiratory equipment, masks and the absence of testing facilities throughout the country to conduct large-scale population screening. In this period of crisis, the limitations still in evidence sufficiently demonstrate that a tremendous shock will be necessary in the health sector.

The African social lifestyle is very conducive to the spread of the virus. This is something frequently heard in the analyses. However, countries in Africa are attempting to provide immediate responses to Covid-19. These include state of emergency, curfew, containment, partial containment, etc. Exceptional measures have been taken in recent days. A few weeks ago, even some of them seemed unthinkable.

It was decided to close venues receiving people. The most symbolic decisions in a country like Senegal were the closure of mosques and churches. Some countries have decreed a night curfew. However, gatherings on street corners, in markets, in shopping streets, baptisms and weddings involving the blocking of small roads in neighborhoods are a reality in Africa.

The economy is dominated by the informal sector with numerous markets in Sandaga (Dakar), Treichville (Abidjan) and Dantokpa (Cotonou). As a result, millions of people live from informal trade. The spread of Covid-19 is obviously a real danger in those settings, which are far from being regulated.

Containment appeared to be an obvious response to stop the spread of the virus. This has been the case for 57 million South Africans since 28 March, as they are no longer allowed to leave their homes for a period of three weeks. Zimbabwe and the Kingdom of Morocco also followed this path. More surprisingly, in the Federal Republic of Nigeria, President Buhari decided on March 30 to contain Lagos, the teeming city of 20 million people.

Containment is a difficult choice to impose in African realities. Just read Beninese President Patrice Talon’s argument to be convinced of this. “Unlike people in developed countries of America, Europe and Asia, most Beninese have a non-wage income. So how many people in Benin have a monthly salary which allows them to wait two, three or four weeks without working and live on the monthly income? […] In such a context, where most of our fellow citizens are living on the previous day’s income, how can we decree a general long-term confinement without notice?”

A total French or Italian-style confinement would undoubtedly result in devastating consequences for the social and economic fabric. Yet if the crisis becomes more severe, will such a position be tenable? In the USA, the hesitations of the authorities over the containment of New York City are probably dictated by the economy. It should be recalled that in China, the containment only took place in the city of Wuhan. According to Chinese researchers, this option potentially prevented more than 700,000 additional cases.

Although the fight against Covid-19 is led by the State through its various branches across countries, it should also be carried by farmers, bakers, mechanics, drivers of “Car Rapide” in Dakar or “danfo” in Lagos, security guards in banks, Imams, village leaders, car washers, restaurant owners, shopkeepers, workers in the formal and informal sectors, in short, by all sections of the population.

The main weapon to curb the spread of the pandemic remains prevention. In fact, prevention is the only tool available to Africa in the current context. The right information about “barrier gestures” must be tirelessly shared in all languages and on all distribution channels (radio, television, social media). Fortunately, prevention messages are being circulated in a loop. They should be expanded to reach all segments of the population.

If every African does not act as a “soldier” to protect their neighbor through simple gestures, all the billions being raised to fight the virus will be in vain

It is necessary to counter “fake news” around the so-called remedies against the virus. Only scientists and doctors should be allowed to give their opinion in the media, and not pseudo-experts and experts on everything. All Africans have a responsibility to ensure that the continent remains unaffected by the millions of deaths predicted. If every African does not act as a “soldier” to protect their neighbor through simple gestures, all the billions being raised to fight the virus will be in vain. Everyone should reconsider their habits and avoid non-essential movements.

The “Stay at home” slogan should always be a reality and regular handwashing with soap a reflex. The recommendation to stand one meter away from the person you are talking to must be clearly explained, it will require self-discipline and solidarity. All voices echoing in the population must play their part in this fight against Covid-19 (religious leaders, traditional and customary authorities, artists, citizens’ movements, youth associations, athletes, etc.) by relaying these life-saving gestures. Governments and communities share the same battle.

Babacar Ndiaye is a graduate in Political Science and International Relations from the University of Auvergne Clermont 1 (France). He works on security and governance issues in West Africa.