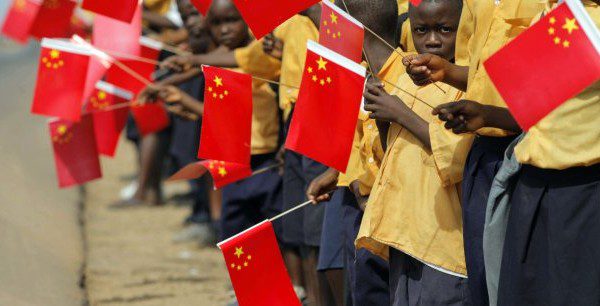 As part of the debate on the relations between China and West Africa, WATHI exchanged with Mr.Tang Xiaoyang 唐晓阳. He is the Deputy Director of the Carnegie-Tsinghua Center for Global Policy and Associate Professor at Department of International Relations. In this interview, he explains the meaning of the OBOR project (One belt, one road) of China, and the place of Africa in this strategy. He also stressed what West African countries could bring to China.

What does Africa represent in the OBOR strategy?

For me, the One belt, one road strategy is a whole. First, the strategy can be seen as a quite open initiative . And we cannot say there is a fixed plan, it could narrow this initiative. It’s a project aiming at developing more infrastructures connections, more people to people exchange and also finance and trade policy coordination. These are the main cornerstones of the OBOR initiative.

And in this connections and interactions with the African continent are quite in line with this OBOR initiative because we are already using the FOCAC. This is kind of a financial coordination trade, a policy facilitation and also cultural and infrastructural deals. They are all part of this FOCAC discussion and all these actions can be included in the OBOR initiative. So, for me, there are a lot of overlaps between them.

What are the main interests of China in West Africa?

I think that China has always put a lot of investment and has worked in the infrastructure cooperation with West Africa. West Africa has a larger population and also benefit from a very strategic positioning. And it has as well a lot of resources and potential for development. So, I think China actually has a lot of engagement with West Africa, especially in investment area. Maybe in comparison with the East Africa, I think that China’s engagement in West Africa focuses more on the private and also company based project and maybe more on the natural resources, especially in Nigeria. And we see quite a lot of oil investment.

What can these countries bring to China or how do they contribute in its hegemony?

I think it’s mainly the market and the business return. That’s something that Chinese businesses are looking for. In fact, West Africa has a large population at a very rapid development. They afford Chinese business the opportunity to grow fast. Actually, they have quite a good return by investing.

December 5, 2013, is marked by the arrival of the first Chinese peacekeepers at Bamako airport, Mali. This is China’s contribution to many small. How could we analyze China’s intervention in this crisis through Chinese participation in Mali’s peacekeeping mission?

It’s just a signal of China’s increasing will of taking the international responsibility. I think China understands that in Africa, security and stability issues are priorities for the continent and wants to contribute to it by participating to peacekeeping activities. And I think it’s still in line with China’s foreign policy to gradually increase this engagement and the multilateral frame. But China doesn’t want to intervene unilaterally, it rather wants to contribute to the activities through a multilateral scope.

Mr.Tang Xiaoyang 唐晓阳 is the Deputy Director of the Carnegie-Tsinghua Center for Global Policy. He is also Associate Professor at Department of International Relations. He is interested in studies on the relations between China and Africa.