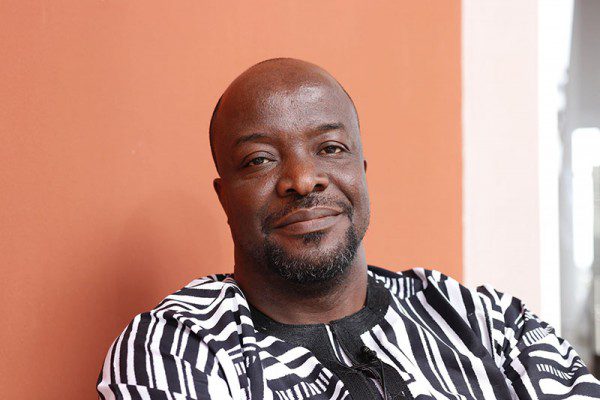 Obstacles hindering protection of human rights on the continent

I think for me the first obstacle would be the commitment of member state parties. Member states of the AU who all ratified the Charter on Human and Peoples Rights on the continent. I’m sure you’re very well aware of the 55 member states of the AU, only Morocco is yet to ratify the charter. Given the length of time that the commission has existed to superintend the promotion and protection of the rights enshrined in the charter and the amount of effort, dedication, diligence, and commitment that all various stakeholders, including in some regard the member states, put into attending sessions of the commission and engaging with the commission and its systems in the cause of trying to advance rights protection on the continent, one would have hoped that state parties to the charter would be so much more committed.

Because this is an institution that they set up themselves voluntarily; no one put them under extreme pressure to do that. Seeing the positive work and contributions that the commission has made towards rights promotion and protection and providing a forum for deliberation across the board by all stakeholders on some of these issues on the soil of the continent where we can have frank conversations, one would have expected at the very minimum that member states would be committed to implementing recommendations coming out of the commission’s reports. As you would have observed if you had been at the session, you would have heard comments about some state parties not even submitting their statutory reports, which is quite sad.

We can’t be dealing with human rights on an ad hoc basis. It’s got to be institutionalized, structured, and  in a way that’s engaging

Some have never submitted at all, and that speaks volumes on what their assessment or what their estimation of the commission is, which should not actually be the case. Also implementing the recommendations of the commission and its protective mandate leaves quite a lot to be desired. Also the capacity of the commission to be able to deliver on its mandate by way of ensuring adequate staffing, human and material resources, and whatever else it needs to work effectively. Certainly all of these constitute challenges to the promotion and protection of human rights on the continent.

We can’t be dealing with human rights on an ad hoc basis. It’s got to be institutionalized, structured, and  in a way that’s engaging. When institutions that are supposed to do this come under pushback, both structurally and otherwise, and negative advocacy by states, you actually ask yourself what is the future for human rights promotion and protection? Last but not least when you look at all the conflicts that are ongoing on the continent and some of the actions and activities of our state parties, whether talking about Cameroon, Tanzania, just as examples, whether talking about what has transpired more recently in Burundi and some of the challenges in North African states whether you’re looking at Libya or Egypt. It tells you that there’s still a lot of work to do and it calls to question how you actually balance the state party commitments to the obligations they took on when they ratified the charter. Even look at Guinea with the efforts by the current leadership to introduce a third term, amend and constitutionally guaranteed term limits, you can start to ask yourself the question, are we really making progress or are we taking steps back?

In the context of the existing architecture of course there is need to ensure that the existing institutions are better resourced because that is a key requirement for them to even be able to live up to the mandate that they currently have including for example the commission. There are challenges and these challenges have existed for many years in terms of ensuring that, given the volume of work that the commission currently has, including its communications docket, there is a need to ensure that they have enough human capacity and human resources to be able to deal with that because you  hear people complain, and rightly so. It’s not proper that people bring communications alleging grievous human rights violations and some of these communications take upwards of 5, 6, 7, 8 years to get decided on their merits. These are things that in some instances are supposed to be time-bound, and sometimes by the time the decisions come through, maybe the appellants or the litigants are late, or they are in irreversible situations in terms of where their rights violations would have been by that time. So that certainly can not be right and needs to be addressed one way or another, and whatever reform initiatives need to be done to get that to happen need to happen.

But on the flip side as well, even in the cases where some of those decisions are handed down, implementation of some of those judgments, what is the level of support that member states give towards ensuring that they comply with the decisions of the commission or the court depending on the context. You find applicants being placed in a position of double jeopardy. Not only does this casework or communication take a long time beyond what should ordinarily be allowed, given what is the subject of the communication, but even when some of the judgments are handed down, the implementation never really happens or takes forever to happen. And that calls to question the viability of the system, also its credibility, also the faith that the African population places in it as well. Which is not something that is deliberate, but just where the commission finds itself. So those are issues that also need to be addressed and addressed effectively.

It’s not proper that people bring communications alleging grievous human rights violations and some of these communications take upwards of 5, 6, 7, 8 years to get decided on their merits

And last but not least is the need to strengthen the very fabric of participatory democracy, which you find the populace demanding their rights to ensure that they elect leaders that are progressive and then a growing incidence of transitioning from an era of military rule and coup plotting to one of popular participation and democracy. But you still find a resistance by the political leadership to just play by the rules and also ensure that the voice of the people and the will of the people prevails at the end of the day. So all of this certainly have implications for human rights promotion and protection and when you recall in the context of the African Charter on Democracy Elections and Governance and all the very commendable provisions that are contained therein, you see a juxtaposition with the reality on the ground on the continent. You start asking yourself when state parties developed these instruments and ratified them. Are they sleeping? Do they believe in them or are they just trying to tick the box and do some PR engagement?

Well one is hoping that things will improve and that member states will see the need, again out of self-interest, to actually ensure that the will of the people prevails and that the rights of the people are not only protected but are also promoted. Because it’s an anomaly when you see the leadership living in opulence and the majority of the population living in abject poverty, and even in that context they keep having their rights violated increasingly on an ongoing basis just because the leadership wants to ensure that they remain perpetually subjugated.

That is certainly not where Africa should be in the 21st century. There are also challenges around the closing civic space because you find that many member states see CSOs as opponents essentially because they’re trying to advance the narrative that ensures that the rights of the downtrodden get on the front burner of national discourse and are given an appropriate record so they can be promoted and protected, and that puts us in conflict with the leadership in many of the member states of the AU. Which is certainly not a healthy development. So you find what is now the predominant narrative of the closing of the civic space, which again is certainly not right.

But we’re hoping that good wisdom will prevail and they will see a need to see this as a mutually beneficial symbiosis relationship which is mutually engaging and where the rights of the people prevail at the end of the day.

Kadiri Maxwell
Kadiri Maxwell works as a Senior Legal Officer for the Open Society Justice Initiative, hosted by the Open Society Initiative for West Africa (OSIWA) country office in Abuja, Nigeria. He has worked on a variety of human rights issues such as access to information, freedom of expression, anti-corruption, and criminal justice reform.