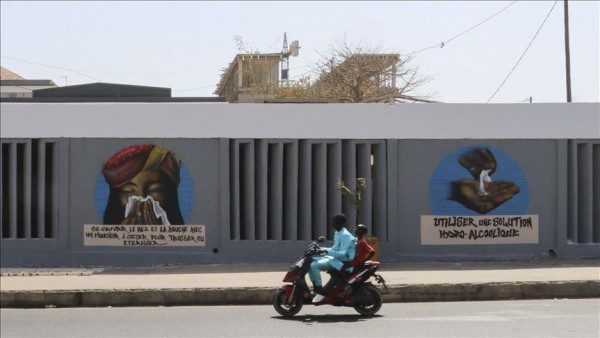 Can Senegal win the health war against coronavirus?

It looks like the world’s falling apart. Over 8,000 deaths have been recorded since the beginning of the Coronavirus outbreak. 3,000 deaths reported in China, 2,000 in Italy, 1,000 in Iran. Millions of people no longer commute to work. In South Africa, the Johannesburg stock exchange fell by an extraordinary 12%. Senegal also announced the closure of all its air borders, schools, universities and weekly markets. Morocco’s King ordered all mosques in that Islamic country to be closed. In New York City, gatherings are limited to a maximum of 10 people. People in France no longer have the right to visit their family and friends. All non-essential movements are simply prohibited. Something never seen before.

I started writing an article about Coronavirus in Senegal a week ago. I am glad I did not publish it as originally planned. For good reason, I literally said there that Coronavirus was a distraction towards the main challenges of health systems in Africa. In a world where news has become more commercial than ever and the buzz attracts people like millions of bees around a honey pot, the issue of Coronavirus had suddenly emerged as the main public health threat in the country. But that was wrong!

It seemed all the more ridiculous to me that as recently as 2019, I had been there, in Kolda, sitting in front of about twenty women expressing their frustration at having only one gynecologist for the whole region, the poorest one in the country, coincidentally. While mental health is a neglected issue in this country, hundreds of people stroll through hospital corridors begging for money to pay for their prescriptions, and hundreds of young girls and pregnant women are dying in remote villages in Senegal for lack of nearby health centers, I was shocked to see that we all so easily turned our gaze to the fate of the only four people infected with Covid-19 and yet failed to do the same to address the fundamental problems of our failing health system.

Today, I can no longer make that speech. In the meantime, the World Health Organization (WHO) declared Coronavirus a pandemic. Now the threat has become as fearsome as the trumpet of the apocalypse. Covid-19 is no longer treatable as a distraction because the virus not only threatens the already extremely vulnerable health systems of African countries, but also strikes a blow to their economies. Now, two observations, among many others, seem strictly unavoidable to me in terms of health.

Based on the experience with the Ebola virus in recent years, there is a risk that these limited resources will now be spent on combating the virus to the detriment of malaria control, vaccinations, primary care, etc

First, this epidemic will in any case be fatal for African countries. This is because, as things stand, our health systems are not resilient enough to deal with it. Most African countries do not have the capacity to report the number of Coronavirus cases in their territories. These countries either lack test kits and pretend to ignore the fact that this disease is terrifying the world, as is the case in Malawi, or they have test kits, but not enough to properly count the number of confirmed cases if the disease were to spread. This is the case in Senegal.

Moreover, our health facilities are disproportionately poorly equipped. While complaints in Senegal have long pointed to the lack of heavy equipment such as radiotherapy machines, the current crisis shows that there are not even enough beds to accommodate many Coronavirus victims. Scientific research, mainly in the medical area, which should always have been highly funded, has been neglected. There is a shortage of health professionals. For instance, whereas in Europe there are 79 nurses and midwives per 10,000 people, in Africa there are only 11 according to WHO.

Based on the experience with the Ebola virus in recent years, there is a risk that these limited resources will now be spent on combating the virus to the detriment of malaria control, vaccinations, primary care, etc.

Addressing the current threat will require us to adopt the best responses to limit the risks to public health. But before moving forward, it should be acknowledged that African countries’ vulnerability to Covid-19 is not only due to their endemic poverty. Their systematic procrastination when they should have been reforming their health systems not only to meet the needs of their populations, but also to be prepared to deal with unforeseen shocks, is also to be underlined. Not all lessons have been learned from the Ebola experience. Although some countries, such as Senegal, have established mechanisms to improve surveillance of epidemic risks, they have failed in their efforts towards deeper reform of health systems.

However, despite all the misery and despair that the pandemic generates, it provides a small window of opportunity to introduce serious reforms to the health system in Senegal. Despite the widespread panic and the spread of the epidemic on its territory, Senegal’s management of this health crisis is, for the time being, honorable. This is mainly since the State’s response is based on a prevention-oriented approach.

We receive messages from the Ministry of Health encouraging us to wash hands and to remain vigilant. Basic hygiene rules are reminded in work areas, places of worship, administrations, shops, etc. Never has there been so much cohesion between all key actors in the country to ask Senegalese people to make health issues a daily priority.

Despite all the misery and despair that the pandemic generates, it provides a small window of opportunity to introduce serious reforms to the health system in Senegal

The Coronavirus pandemic will pass, but these practices should be maintained and strengthened. Given the success of the ongoing efforts to put health at the heart of our shared concerns, now is the right time to move our highly curative health system to a preventive one. In an interview with WATHI, Daouda Diouf, the Executive Director of Enda-Santé (Enda-Health), a non-governmental organization, rightly noted that “the preventive dimension is the poor relation of African health systems, whereas countries with limited resources should invest in this area rather than in care. ”

Thinking long-term even in times of crisis

Besides this, several other sectors will need to be reformed to meet the potential increased health service needs that the outbreak will entail. In its Mataki on Health Systems in West Africa published on February 24, 2019, the citizen think tank for West Africa WATHI detailed some strategic courses of action to tackle this issue.

However, for the Senegalese government, it is a matter of not reacting to the health crisis with effective measures in the short term only. Of course, containing the spread of Coronavirus throughout the country is the priority, but it is equally crucial to harness the rare opportunities to address the structural deficiencies underpinning the vulnerability of our health system, drawing if necessary on the existing strategic considerations of civil society.

My second observation will be quicker to summarize. It’ s the following. It only took a virus to bring out the most individualistic instincts in States. Each country decides unilaterally at every turn to take drastic measures to deal with a threat that weighs on the whole world. The coronavirus shows the extent to which both global and regional governance institutions have been caught off guard by a sudden threat.

Harnessing the rare opportunities to address the structural deficiencies underpinning the vulnerability of our health system, drawing if necessary, on the existing strategic considerations of civil society

The European Union, which has long been a model of integration, has been paralyzed by the transnational crisis. On the other hand, in West Africa, ECOWAS Ministers of Health had a meeting in February under the aegis of the West African Health Organization. WAHO is the ECOWAS agency in charge of health. Yet, like several regional agencies, it is suffering from a lack of resources and political trust from Heads of State. It is more than ever necessary to make it the main regional hub in several areas of health, as WATHI details in its Mataki.

Here again, countries in the region must understand that the structural weakness of their health systems requires combating this pandemic in solidarity and not with individualistic approaches. In this regard, the African Union should demonstrate more leadership by strengthening its “Investing in Health” initiative to avoid African States waiting for assistance from international organizations whose approaches can be surprising and instrumentalized by major powers in crisis situations.

Mohamadou Fadel Diop is a Research Officer at WATHI. He reads and writes on governance, regional integration, inter-regional cooperation and EU-Africa relations. He is also a champion of the ONE NGO and advocates on major matters in these areas. Opinions expressed herein are personal.