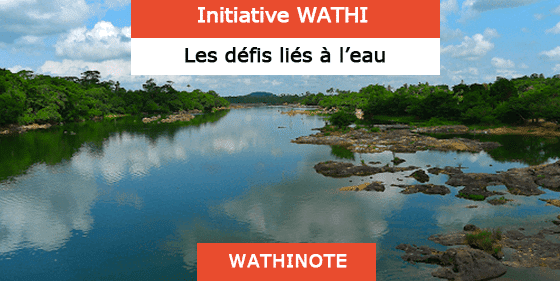 Affiliated Organisation : We Are Water Foundation

It may seem paradoxical that a physiological act as fundamental for human health as defecation cannot yet be performed safely by 3.6 billion people all around the world and continues creating profound differences between wealth and poverty, development and stagnancy, health and disease, dignity and shame.

The fight to eradicate these scourges is being waged on very different fronts marked by geographical, cultural and political differences. Each case calls for specific strategies, but they share a common context: investing in making defecation a hygienic act that ensures the health of people and the environment is both a human necessity and a source of profit.

Defecation, toilets… uncomfortable concepts that must be faced

The problems of poor sanitation related to human defecation are socially awkward, even though defecation is an act shared by all humans. Nowadays, where and how people defecate makes a significant difference between well-being and poverty, a difference generated around the toilet, a basic facility for global sanitation. Having or not having a toilet greatly affects living conditions, and it is as important as having access to drinking water and food.

There are many variables and circumstances that make the path to making defecation a hygienic act very complex. But all solutions require the rightful participation of communities, from their self-awareness to their empowerment in managing the solutions

Having a private toilet, which allows its users to avoid any contact with feces and removes them without polluting the environment is not only an unquestionable human right, but also a need that affects the sustainable and fair development of humanity.

Towards the total eradication of open defecation

Of particular relevance as a success story in the context of World Toilet Day is the We Are Water Foundation’s work in Burkina Faso, one of the poorest countries in Africa. There, the collaboration with UNICEF started four years ago and has succeeded in eradicating open defecation in the Sissili province, by implementing the CLTS method. This method is based on the empowerment of communities who, through self-awareness of the serious consequences of open defecation, decide to abandon this practice and build their own latrines.

Graham Alabaster explained the sanitation problems in urban slums, where it is very difficult to provide water and sanitation services, and where high population density and poor quality housing are critical to health. The UN-Habitat expert stressed the importance of understanding communities and providing services that fit their customs, and of being able to provide solutions that improve living conditions beyond the sanitation services themselves.

Having a private toilet, which allows its users to avoid any contact with feces and removes them without polluting the environment is not only an unquestionable human right, but also a need that affects the sustainable and fair development of humanity

In this regard, Alabaster presented a case study in which they used access to water and sanitation as an entry point for improving the Kibera slum in Nairobi, one of the largest in the world and where UN Habitat estimates that between 500,000 and 800,000 people live in shacks that are rarely more than 12 square meters in size.

The community was interested in having a road into the slum, as well as communal facilities. The construction of the road made it possible to install water and sanitation access points, as well as an open space where people could gather and walk around, and to facilitate the development of other possibilities such as the collection of rubbish and solid waste for recycling.

Learning from success stories is the best way forward. The challenge of achieving SDG 6 by 2030 is daunting.

There are many variables and circumstances that make the path to making defecation a hygienic act very complex. But all solutions require the rightful participation of communities, from their self-awareness to their empowerment in managing the solutions.