Accueil bienvenue The torments of West Africa, the “Chinese” of Abidjan and the imperative of lucidity

The torments of West Africa, the “Chinese” of Abidjan and the imperative of lucidity 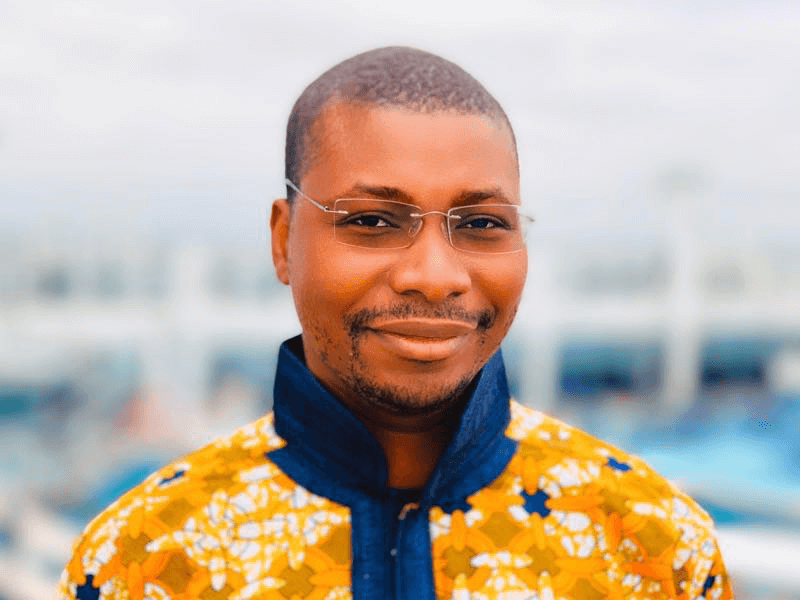 On September 1, 2015, the initiative to launch a general citizen think tank anchored in West Africa took shape in the form of the wathi.org website. While the site has evolved considerably over the past four years, and the association that runs it will be five years old in December 2019, Gilles Yabi, founder and president of the WATHI Steering Committee, reminds us why the West African region, and the African continent, urgently need spaces for reflection, proposal and citizen mobilization for the common good.

“The project is based on the observation that the democratization processes in West African countries that began in the early 1990s have made it possible to significantly increase the space of freedoms available to populations but have not resulted in a consolidation of the capacity of States and societies to avoid conflicts and violent crises and to create the conditions for a significant improvement in collective well-being.” It is on the basis of this diagnosis, shared with dozens of African and non-African friends, that the WATHI project was built, a laboratory of civic ideas focused on West Africa but open to the whole continent. On September 1, 2015, four years ago, WATHI became a reality with the launch of its website.

Over the past four years, I have never wondered whether the decision to launch a “citizen’s think tank” – this strange object – was the right choice. The state of the West African region and its immediate neighbours – countries of North and Central Africa – is sufficient to justify the need for spaces for reflection, dissemination of knowledge and generation of new ideas. To nurture and stimulate collective action. The urgency of confronting the state of our societies, our public and private institutions, our strengths and weaknesses, has never been more evident.

The educational, cultural, economic, political and ideological vacuum in which millions of children have grown up in recent decades has been gradually, patiently and surely filled by entrepreneurs of all kinds

The urgency of confronting the current capabilities of our States and societies with the immense challenges that we are already facing and those that await us, magnified by the youth of our rapidly growing populations, seems obvious to me. The security situation today, in September 2019, is of great concern almost everywhere in West Africa. The Sahelian countries are seriously affected by the proliferation of irregular armed groups, whose strategy, modus operandi and identities are not limited to terrorism. The majority of these armed groups are now firmly rooted in the local communities from which they easily recruit.

The educational, cultural, economic, political and ideological vacuum in which millions of children have grown up in recent decades has been gradually, patiently and surely filled by entrepreneurs of all kinds, who had political, religious, and criminal offers which were sometimes intertwined. All these are concrete projects to occupy the minds, hands and time of young people who have been forgotten by States and often also abandoned by their parents. It must never be forgotten, for example, that the young men who became the heartless fighters of Boko Haram were babies and then “normal” children worthy of love and attention like all the other children in the world.

How can we understand in this context that respectable political actors are struggling to create again the conditions for polarization, and therefore tension and violence, in the upcoming elections in 2020 in the region?

Terrorism is now feeding and fuelling cycles of violence between ethnic groups living on the same land for decades or hundreds of years. West African coastal countries, all of which have a “North” that extends into the Sahel, are either directly affected or already at high risk. Some, such as Côte d’Ivoire, Liberia and Sierra Leone, have experienced armed rebellions or serious violence over the past three decades. They bear the stigma of it, which is a factor of vulnerability to relapse. Weapons, a decisive factor in the outbreak of violence, are not lacking in the vast West African, Sahelian and Saharan regions. How can we understand in this context that respectable political actors are struggling to create again the conditions for polarization, and therefore tension and violence, in the upcoming elections in 2020 in the region?

The daily criticisms that West African citizens make of their leaders are often radical. Rejection, or more precisely the absence of any trust in the morality and concern for the common interest of political actors in power or not, is not only expressed in the virtual world of social networks. We hear it, we feel it, we see it every day even in the capitals of countries in relative peace that are experiencing flattering economic growth rates, and that promise “emergence” to their peoples. Many young people refuse to believe in economic growth or poverty reduction figures, even when they are credible. It is as if it were too late to convince them of the real possibility of a better future for them.

The reality is difficult to accept: our societies no longer seem to have the collective moral impetus necessary to face adversity

In countries plunged into serious security crises, where the existence of States is only visible through the lavish protocol of presidential trips, where the minimal functioning of States depends on international partners, some mining revenues and diaspora remittances, populations are helpless. They perceive the powerlessness of their leaders. In Mali, Niger and Burkina Faso, the security crisis is coupled with recurrent demands from civil servants and other sectors of society, with demands for economic and social results here and now. While there is no miraculous solution in the short term to a situation that has been created by several decades of spectacular resignation of States and governments.

The reality is difficult to accept: our societies no longer seem to have the collective moral impetus necessary to face adversity. Political crisis. Governance crisis. Confidence crisis. Moral crisis. Even in West African countries that have been ranked highest in terms of respect for democratic principles and civil liberties in recent decades, they are increasingly freeing themselves from any limits in the practices aimed at monopolizing all the levers of political and economic power. And the only undeniable benefits of the years of democratization, namely the increase in the space of freedoms enjoyed by citizens and the decline in the arbitrariness of the powerful, are seriously threatened.

The obsession with constructive criticism and the “how”

What WATHI has been doing for the past four years is to create and animate a space in which lucid views on the state of our countries and societies in all fields can be expressed, as well as proposals for institutional, educational, health, economic and environmental reforms. What we have undertaken to do is to put on the table the challenges of our present and our future and to direct the collective effort towards solutions, towards the “how”. By considering that all these issues are linked to each other and that expert, compartmentalized and distant approaches are not enough.

What I see today in West Africa, as in Central Africa, makes me think that a radical break with the political, economic, social and societal dynamics of recent decades is urgent

How to reform political institutions? How to fight corruption? How to reform primary and secondary education? How to stimulate local production and create massive jobs for young people? How to reform health systems? How to deal with the consequences of climate change? On all these questions, no single section of our societies holds all the answers. Our view is that we can’t just criticize and overwhelm decision-makers or despair of our collective incapacity. We have to offer courses of action, and organize ourselves to push for their implementation.

The long time required for any significant transformation in human societies is the time WATHI expects to invest in the West African progress story. But what I see today in West Africa, as in Central Africa, makes me think that a radical break with the political, economic, social and societal dynamics of recent decades is urgent. This sense of urgency was reinforced by a recent event that moved the whole of Côte d’Ivoire and part of Africa’s youth, the tragic death, popular reactions and spectacular funeral of Ivorian star DJ Arafat, which ended with an unspeakable scene of desecration of his grave by “fans” who still did not believe in the artist’s death.

A sense of urgency and a sense of duty

For those like me who could not resist the urge to dance while listening to the rhythms of Ivorian modern music, including sometimes those of DJ Arafat, without knowing the universe of this star, the discovery of the “Chinese”, his tens of thousands of fans called so “because they are many” in the words of the singer, was a source of great questioning… and anxiety. Certainly, not all the “Chinese” people in Abidjan are idle young people close to delinquency, poorly educated and regular consumers of various stimulants. But thousands of children and adolescents among them clearly embody this large and growing part of West African youth abandoned by their families, by their societies, by the powerful and the wealthy.

How have our societies come to produce these crowds of children and adolescents, who have come out of less than ideal family situations, have not had any formal or informal educational support and who live in a world haunted by suffering, uncertainty of tomorrow, frustration and violence? What is the future in each of our countries for the equivalent of our “Ivorian Chinese”? If there are many young people with very uncertain life prospects in the poorest neighbourhoods of Abidjan, Dakar or Bamako, what about the millions of young people and children in Nigeria’s poorest urban areas, including those who have fled the areas of violence and insecurity in the northeast of the country? What about the thousands of poor children in the troubled regions of Cameroon who are joining cities that have long since been overtaken by population growth?

How have our societies come to produce these crowds of children and adolescents, who have come out of less than ideal family situations, have not had any formal or informal educational support and who live in a world haunted by suffering, uncertainty of tomorrow, frustration and violence?

If we have legitimate reasons to be concerned about some of the economic practices of the authentic Chinese of China living in the countries of the region, who must not have found the product of the exceptionally fertile imagination of the Ivorians funny, we should ask ourselves even more about the future that is emerging before our eyes for millions of children in the region. In this respect, as in many others, the challenges of the Sahel are no different from those of coastal Africa. And it is together, by strengthening all the links that unite our countries and our human communities, and by emphasizing knowledge, education, research, culture and a sense of the common good, that we must face them. The duty of lucidity. The duty of collective reflection and action for the benefit of the greatest number of people. A sense of duty. That’s what WATHI is all about.