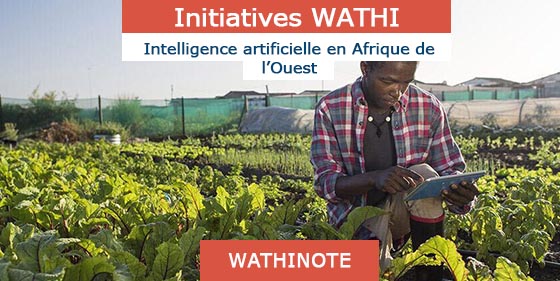 AI is used in many ways within the modern world, from personal assistants to self-driving car. Artificial intelligence (AI) is evolving rapidly. While science fiction every so often portraits AI as robots closely as possible to humans.

However, Robotics is a branch of technology which deals with robots. Robots are programmable machines which are usually able to carry out a series of actions autonomously, or semi-autonomously.

There are three main important factors which constitute a robot:

Robots are “usually” autonomous because some robots aren’t. Telerobots, for example, are entirely controlled by a human operator but telerobotics is still classed as a branch of robotics.

Eventually, artificially intelligent robots are the bridge between robotics and AI. These are robots which are controlled by AI programs.

Many robots are not artificially intelligent. Up until quite recently, all industrial robots could only be programmed to carry out a repetitive series of movements. As we have discussed, repetitive movements do not require artificial intelligence. Non-intelligent robots are quite limited in their functionality. AI algorithms are often necessary to allow the robot to perform more complex tasks.

Traits of an AI

Capable of predicting and adapting, AI uses algorithms that discover patterns from huge amounts of information.

Makes decisions on its own, AI is capable to augment human intelligence, deliver insights and improve productivity.

Continuous learning, AI uses algorithms to construct analytical models. From those algorithms, AI technology will find out how to perform tasks through innumerable rounds of trial and error.

AI is forward-looking, AI is a tool that allows people to reconsider how we analyze data and integrate information, and then use these insights to make better decisions.

AI is capable of motion and perception.

Artificial intelligence today is accurately known as narrow AI (or weak AI), it is non-sentient machine intelligence, typically designed to perform a narrow task (e.g. only facial recognition or only internet searches or only driving a car).

However, the long-term goal of many researchers is to create an artificial general intelligence (AGI or strong AI) which is a machine with the ability to apply intelligence to any problem, rather than just one specific problem, typically meaning “at least as smart as a typical human”.

The ultimate hypothetical goal is achieving superintelligence (ASI) which is far surpassing that of the brightest and most gifted human minds. Due to recursive self-improvement, superintelligence is expected to be a rapid outcome of creating artificial general intelligence.

Type 2 (based on functionalities)

Reactive machines are basic in that they do not store ‘memories’ or use past experiences to determine future actions. They simply perceive the world and react to it. IBM’s Deep Blue, which defeated chess grandmaster Kasporov, is a reactive machine that sees the pieces on a chess board and reacts to them. It cannot refer to any of its prior experiences, and cannot improve with practice.

Limited Memory machines can retain data for a short period of time. While they can use this data for a specific period of time, they cannot add it to a library of their experiences. Many self-driving cars use Limited Memory technology: they store data such as the recent speed of nearby cars, the distance of such cars, the speed limit, and other information that can help them navigate roads.

Psychology tells us that people have thoughts, emotions, memories, and mental models that drive their behaviour. Theory of Mind researchers hope to build computers that imitate our mental models, by forming representations about the world, and about other agents and entities in it. One goal of these researchers is to build computers that relate to humans and perceive human intelligence and how people’s emotions are impacted by events and the environment. While plenty of computers use models, a computer with a ‘mind’ does not yet exist. Examples like C-3PO R2-D2 from Star Wars Universe and Sonny in the 2004 film I, Robot

Self-aware machines are the stuff of science fiction, though many AI enthusiasts believe them to be the ultimate goal of AI development. Even if a machine can operate as a person does, for example by preserving itself, predicting its own needs and demands, and relating to others as an equal, the question of whether a machine can become truly self-aware, or ‘conscious’, is best left for philosophers. Examples like Eva in the 2015 movie Ex Machina and Synths in the 2015 TV series Humans.