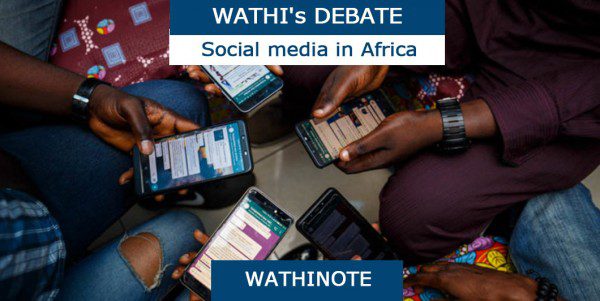 We use social networks for every part of our lives – in our personal relationships, for entertainment, at work and in our studies. To put it into some context, every minute we collectively send more than 30 million messages on Facebook and almost 350,000 tweets.

1. Across industries, social media is going from a “nice to have” to an essential component of any business strategy

It started in the newsroom, as Claire Wardle of the Tow Center for Digital Journalism explains: “In just seven years, newsrooms have been completely disrupted by social media. Social media skills are no longer considered niche, and solely the responsibility of a small team in the newsroom. Instead social media affects the way the whole organization runs.”

It’s a trend that is already spreading to businesses beyond the newsroom, whether it be because of digital marketing or new customer service communication channels. Other industries should look to the lessons learned – or not – by the newsroom and ensure that they’re one step ahead of this social media-enabled disruption.

2. Social media platforms may be the banks of the future

Imagine being able to pay your rent or make an investment through your favourite social network. That might not be too far off, says Richard Eldridge of Lenddo. “Social media is transforming banking relationships in very significant ways, from improving customer service to allowing users to send money to others via online platforms. New financial technology companies are using social media to help people simply open a bank account. Social media can even impact your ability to get a loan.”

3. Social media is shaking up healthcare and public health

The health industry is already using social media to change how it works, whether through public health campaigns or virtual doctor’s visits on Skype. It’s also helped groups of people, such as patients suffering from the same condition, stay in touch, say Shannon Dosemagen of Public Laboratory for Open Technology and Science and Lee Aase of Mayo Clinic Center for Social Media and its Social Media Health Network: “Social media has been responsible for relevant changes in both personal and community health, especially by making it easier for large numbers of people to rapidly share information.”

That’s not always a good thing: while social media does help official agencies and experts share important information fast – such as during a disease outbreak – it has a downside. “Social media is a two-way street, and allows non-experts to share information just as rapidly as health agencies, if not more so.” It’s this future that the health industry will need to plan for: “Health agencies need to have plans in place ahead of time to be able to respond to and counter misinformation or support accurate information shared via social media.”

4. Social media is changing how we govern and are governed

Civic participation and engagement has been transformed with social media: “Social media allows citizens to be the source of ideas, plans and initiatives in an easier way than ever before” says Eileen Guo of Impassion Media. In the future, we can expect more and more leaders to embrace this type of transparent governance, as it becomes easier for them to interact with their constituents: “Whereas politicians and government officials once had to travel to interact with citizens, now online town halls strengthen the connections between them, while providing a platform for direct input on government initiatives.”
Before the dawn of social media, governments, along with the traditional media, were the gatekeepers of information. This relationship has been turned on its head, says Taylor Owen of the University of British Columbia: “This largely symbiotic relationship has been radically disrupted by the concurrent rise of digital technology and the social media ecosystem that it enabled. Nowhere is this challenge more acute than in the world of international affairs and conflict, where the rise of digitally native international actors has challenged the state’s dominance.”

That’s not always a good thing: while social media does help official agencies and experts share important information fast – such as during a disease outbreak – it has a downside. “Social media is a two-way street, and allows non-experts to share information just as rapidly as health agencies, if not more so”

5. Social media is helping us better respond to disasters

From Facebook’s Safety Check – which allows users in disaster zones to mark themselves as safe – to the rise of the CrisisMappers Network, we’ve seen many examples of how social media and digital communications more broadly are helping respond to disasters.

That looks set to continue, says Heather Leson of the Qatar Computing Research Institute. In fact, more and more of us will be using social media to contribute to disaster relief from wherever we are: “Digital responders can immediately log on when news breaks about a natural disaster or human-created catastrophe. Individuals and teams are activated based on skill sets of volunteer and technical communities. These digital responders use their time and technical skills, as well as their personal networks in an attempt to help mitigate information overload for formal humanitarian aid in the field.” These digital humanitarians will help close the gap in worldwide disaster response.

6. Social media is helping us tackle some of the world’s biggest challenges, from human rights violations to climate change

The Arab Spring is perhaps one of the best-known examples of how social media can change the world. But it’s about more than just bringing together activists: it’s also about holding human rights violators to account. “Content shared on social media has increasing potential to be used as evidence of wartime atrocities and human rights violations, explain Esra’a Al Shafei of Mideast Youth and Melissa Tyas of Crowdvoice. “Following verification and forensic reconstruction by prosecutors and human rights advocates, these videos are potential evidence that may one day be brought before an international court.”