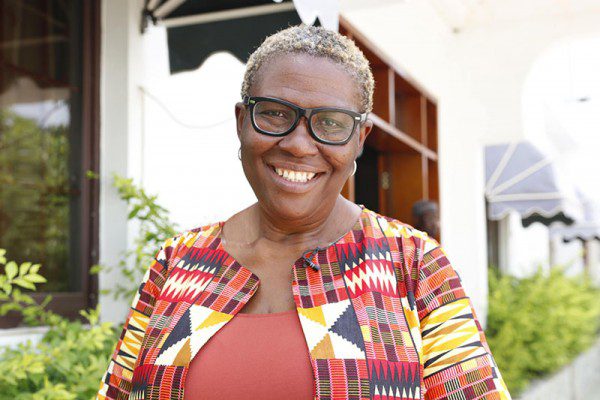 «The Protection and promotion of Human rights», Nwanne Vwede-Obahor, Regional Representative for the Office of the High Commissioner for Human Rights in East Africa

The state of human rights in East Africa

The human rights in the region, as in every situation in the world, has its ebbs and flows. In Ethiopia we are seeing massive opportunity with the new government for more protection and promotion of human rights. The government has embarked on reviews of laws and opened up democratic spaces.

But with that comes certain tensions in the country. There are issues that are rising in the country, but after all it is a process of change. I think the issue in Djibouti is to see how much we can support them in the equitable distribution of economic, social, and cultural rights so that they can maintain a semblance of balance.

Human rights in the region, as in every situation in the world, has its ebbs and flows

Kenya and other countries in the region, such as Uganda, have their ebbs and flows. They have some restrictive laws, but also some new openings. We are also beginning to form a linkage of the rights. We are looking at how development, governance, peace and security, and humanitarian issues affect human rights in terms of their protection and promotion.

This is very important for us as the Office of the High Commissioner for Human Rights. This is what we have championed. The need to maintain the independence of the commission and all organs that have a human rights mandate. The reason why there is always this need is because interference in the work of any of these organs tends to dilute the opportunity to have a peaceable society. And as the AU has said, we want an Africa that speaks to the aspirations of dignified living, economic growth, people-oriented, respect for rule of law, and respect for human rights.

That is the Africa we want. We want a holistic Africa that works for all of us. So maintaining their independence allows them to continue to support the processes with member states and other processes of the African commission to ensure that we really get to the Africa we want. It’s a very important area for us and I hope the member states see the commission and all these other institutions for the good that they bring to the table.

In a world where there is a recession of multilateralism and growing nationalism, it is important that our institutions speak to unity

In a world where there is a recession of multilateralism and growing nationalism, it is important that our institutions speak to unity and truth to power for our own good. For our member states. Sometimes these truths might not be comfortable, but they are truths that exist as long as they are backed up with fact. I think there is no need to try to take away from their powers; we should enhance them and make them more independent so that they can settle our needs in the continent.

In the human rights balance you know that states are duty bearers. States take on obligations and responsibilities to ensure promotion and protection of human rights because no one can guarantee human rights other than states. But all of us in the continent have a say in how our states should handle the fulfillment of the obligations that they undertake. The role of CSO’s is vastly important in constantly serving as a voice of community and of the people.

Everybody in the continent has a role to play

My recommendation is that everybody open your eyes. Ask for your rights. Right? That’s what it should be.

Ms. Nwanne Vwede-Obahor has served since 2017 as Regional Representative of the Office of the High Commissioner for Human Rights (OHCHR) in Addis Ababa, where she manages OHCHR’s relationship with the African Union and other continental bodies and oversees the Office’s human rights capacity building and monitoring work on the host country, Ethiopia. She also serves as a non-resident member of the UN Country Teams in Djibouti and Tanzania.