West Africa’s coastal areas host about one third of the region’s population and generate 56 percent of its GDP. They are home for valuable wetlands, fisheries, oil and gas reserves, and high tourism potential. However, these areas are affected by severe pressures: rapid urbanization along the coast has increased the demands on land, water, and other natural resources; man-made infrastructure and sand extraction have contributed to significant coastal retreat; moreover, climate change and disaster risks are exacerbating these threats. As a result, coastal areas are undergoing alarming environmental degradation leading to deaths (due to floods, air and water pollution), losses of assets (houses, infrastructure) and damages to critical ecosystems (mangroves, marine habitat).

This study covers four countries—Benin, Côte d’Ivoire, Senegal, and Togo—with a total population of 56 million people and a coastline of 3,400 km. The coastal areas of these countries—defined as all districts along the coast —are home to 36 percent of the countries’ total population. The four countries were selected due to better data availability on coastal issues compared to other countries of the project, given by the multi-hazard risk assessment of the International Marine & Dredging Consultants (IMDC), multi-sectoral investment plans, national statistics, etc. 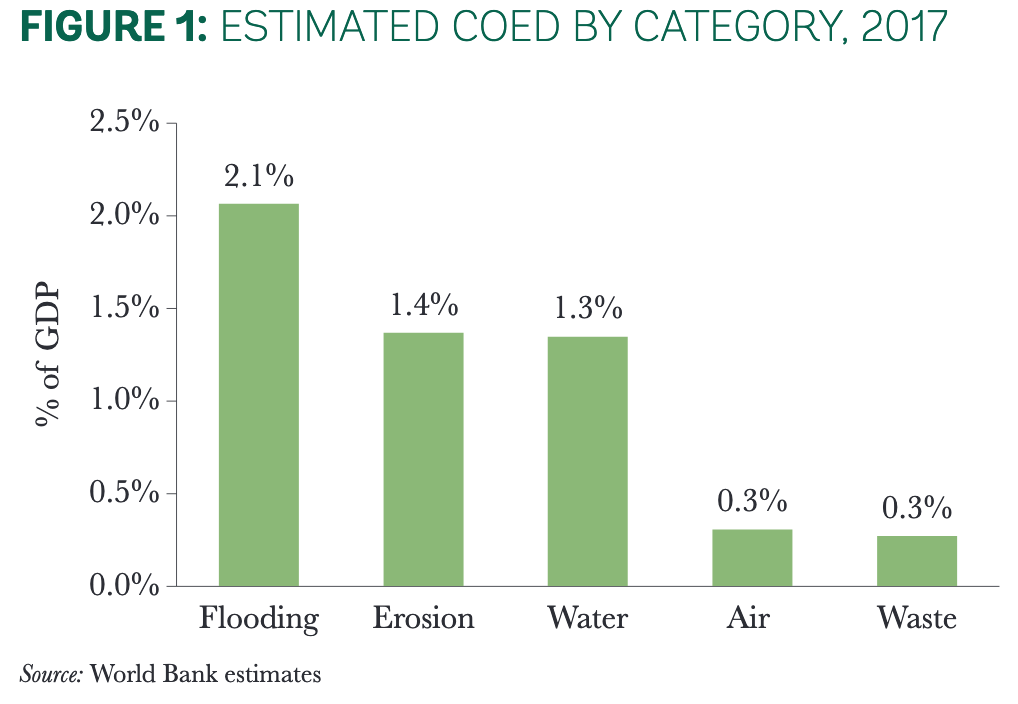 This study estimates in monetary terms the Cost of Environmental Degradation (COED) in these areas. Specifically, it values the impacts of degradation that occur during one year, as a result of three major factors: flooding, erosion, and pollution (from water, air and waste). The final results are expressed in 2017 prices. They are reflected in absolute (US$) and in relative terms, as percentage of the countries’ GDP. Overall, estimating the COED in monetary terms will provide an indication of the real magnitude of damage and of the urgency of action needed to protect the coastal areas. 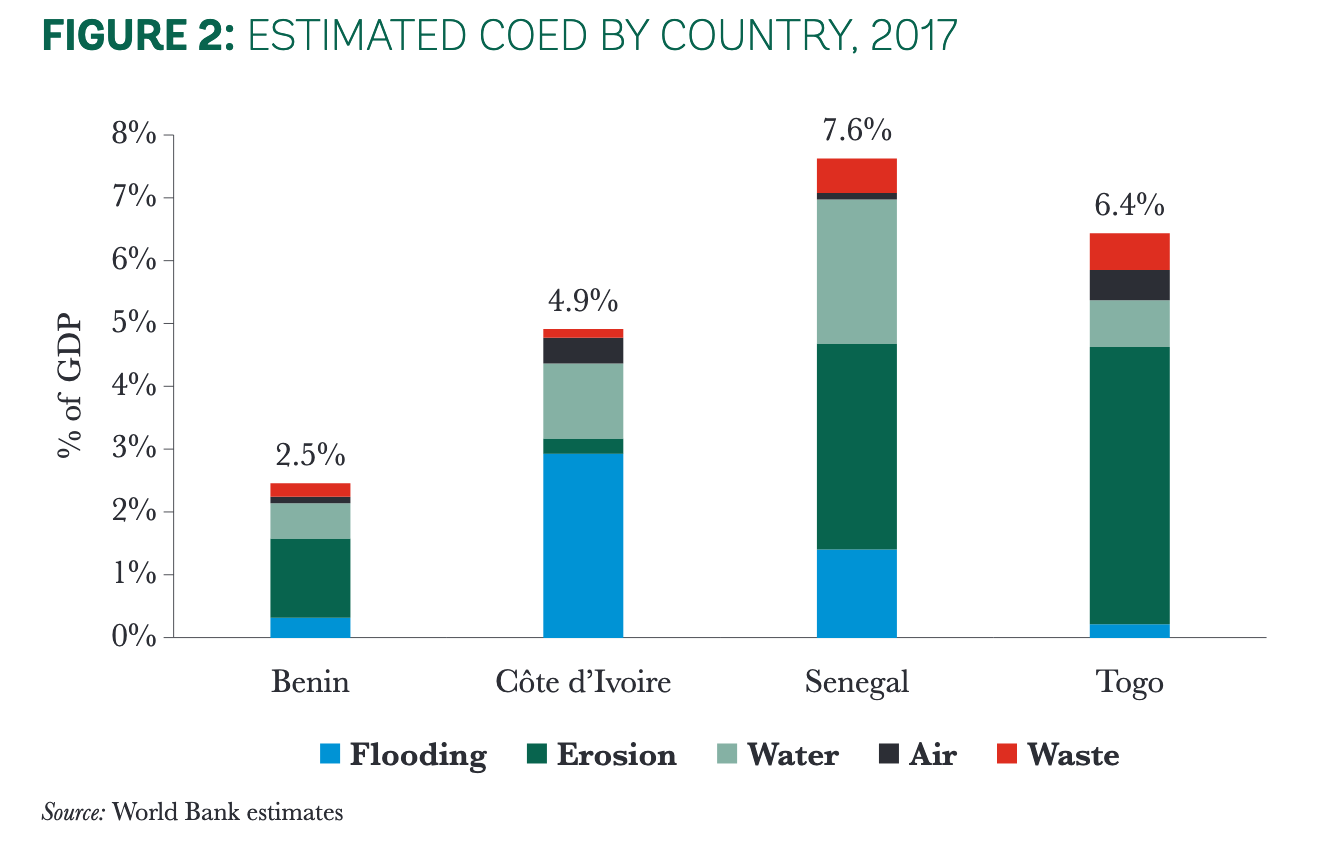 These estimates are the result of three major factors affecting the coastal area: